After a month of planning and sourcing, Ayra's first birthday celebration was held on 8 September with families and friends. It was not perfect nor quite the way I dreamed for it to be, but it was still great fun, memories and joy. Ayra would have enjoyed even more if she had taken a nap before the crowd started to fill the place.

Ayra with her Rilakkuma birthday cake[/caption]

Here's some photos from the day's celebration for my second Wordless Wednesday post.

The gift corner and cake-cutting backdrop[/caption]

Activity for the kids - reminder to self: must have kids corner for all parties to keep them busy[/caption]

Everyone loves to play and blow bubbles[/caption]

Cake from Pine Garden, topped with Rilakkuma plush and number One candle, which the Mummy blew out[/caption]

The pretty princesses with the cute cake[/caption]

Thanks to everyone who came for Ayra's first birthday celebration. Your attendance, wishes, gifts and love are much appreciated.

All photos above taken by Derek aka FOOSTOP. 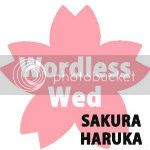 Donate to The Courage Fund for COVID-19

Here's What You Get at the Free Workspace at Sengkang CC