Sing and Dance with Barney & Friends

Last week we brought Ayra to catch Barney & Friends at City Square Mall. That was her second time meeting the purple dinosaur in person, still she took some time to take in that Barney is super huge when in person than in the TV show. When Barney appeared on stage, she quickly dashed towards me for a hug and pulled her Barney plushie towards her. 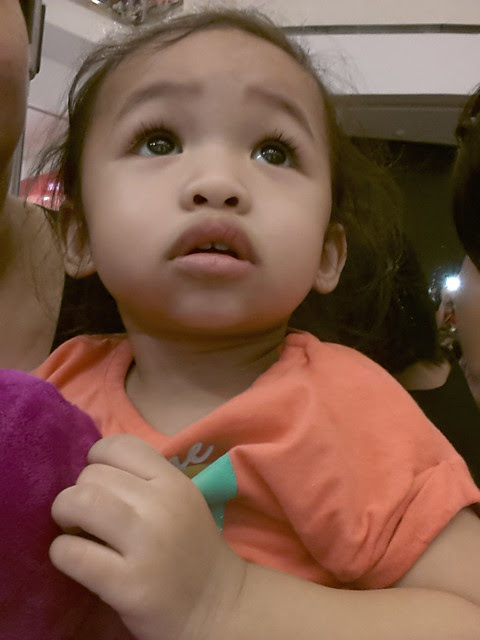 Once she got warmed up, this girl was dancing and grooving with familiar tunes with Barney & his friends! Mummy was glad that Baby Bop and BJ were on stage too, Ayra wasn't scared when they first appeared as they were much smaller in size as compared to Barney. She even screamed when Baby Bop appeared. 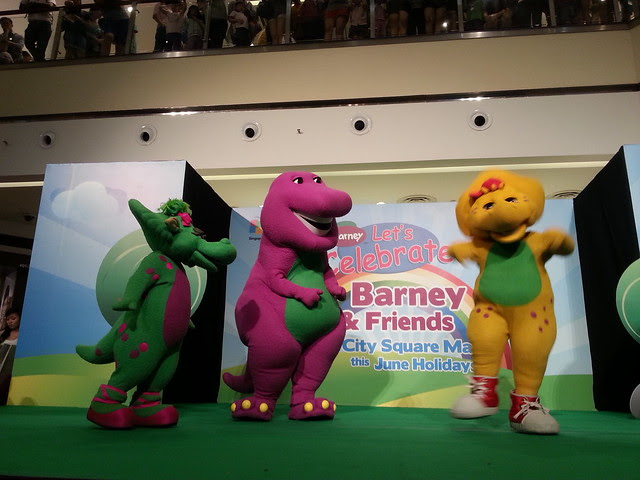 This is her moving with the gang on stage. She is such an entertainer! Mummy and the other mummies sitting nearby were much amused by this girl. Super cute lah! 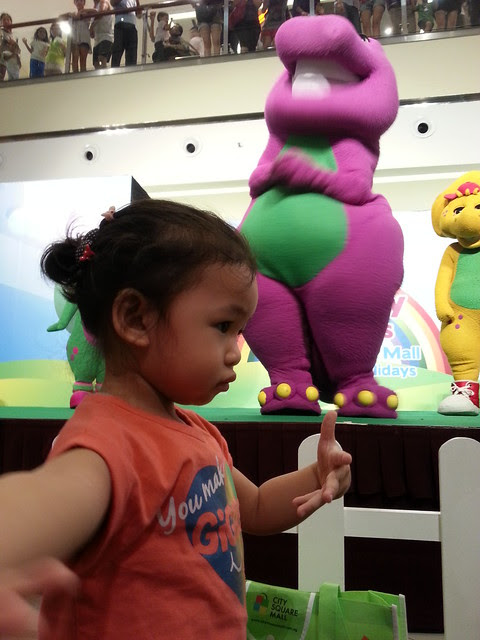 Ayra grooving to the tunes with Barney and Baby Bob on stage...


And here's one more with the trios on stage.


The show was rather short, just about 15 minutes, with 3 to 4 songs. Guess kids' attention span is about there, anything longer will probably not be as entertaining and desirable for them I guess.

Ayra waved and shouted "Goodbye!" to them at the end of the show. 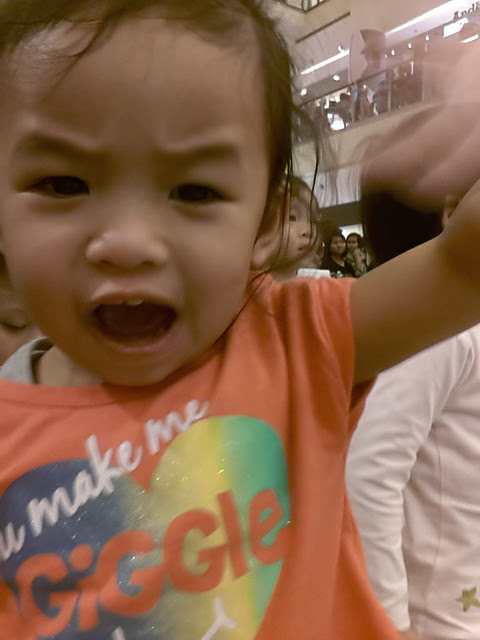 Overall it was good entertainment for families shopping at City Square Mall. If you want to grab a photo with Barney and Friends on stage, do join the redemption queue early! From what I witnessed on the first day of show, the Meet and Greet passes were redeemed in less than 20mins! So go do your shopping and join the queue on the left side of the stage 45mins prior to showtime!