During our June staycation, Playmobil was having an event at Sentosa, so we brought Ayra to check the place out. Though there were few activities at the Playmobil event, we only spent time at the pop-up store and the play area within the pop-up store. It was a very sunny and humid day, Mummy and Ayah was perspiring none stop, but the little girl just wanted to sit and play with the toys. 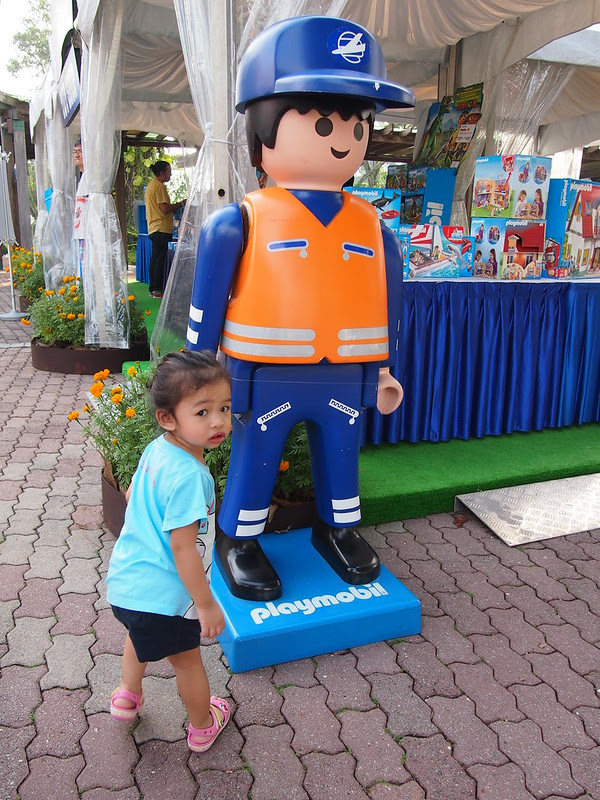 Why this toy so big? 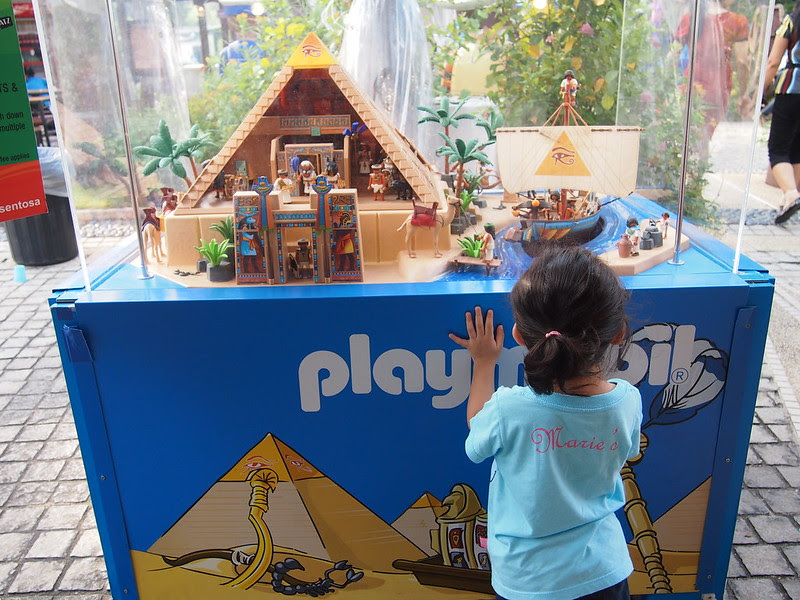 She was attracted by the display at Playmobil and didn't want to walk away, until we told her that she can touch and play with the toys at the pop-up store then she started to slowly walk away. 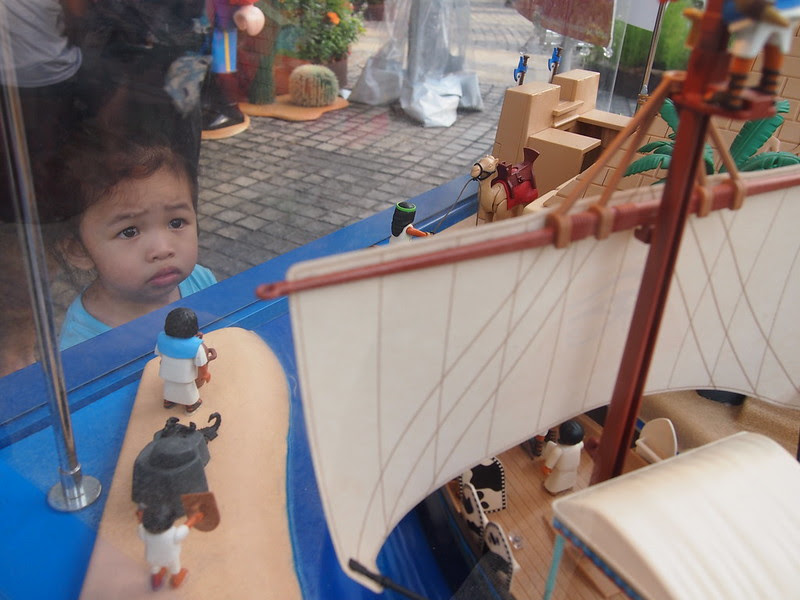 So once she sat herself down to play, she was stuck... 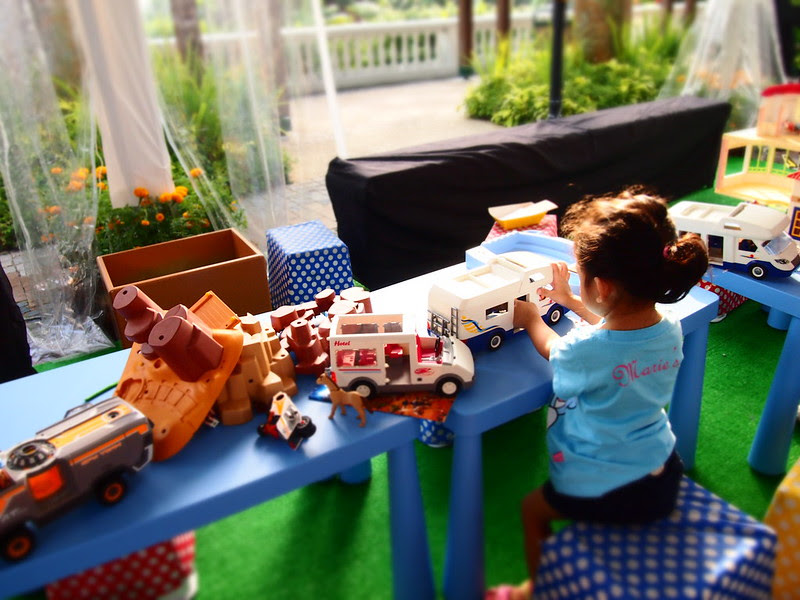 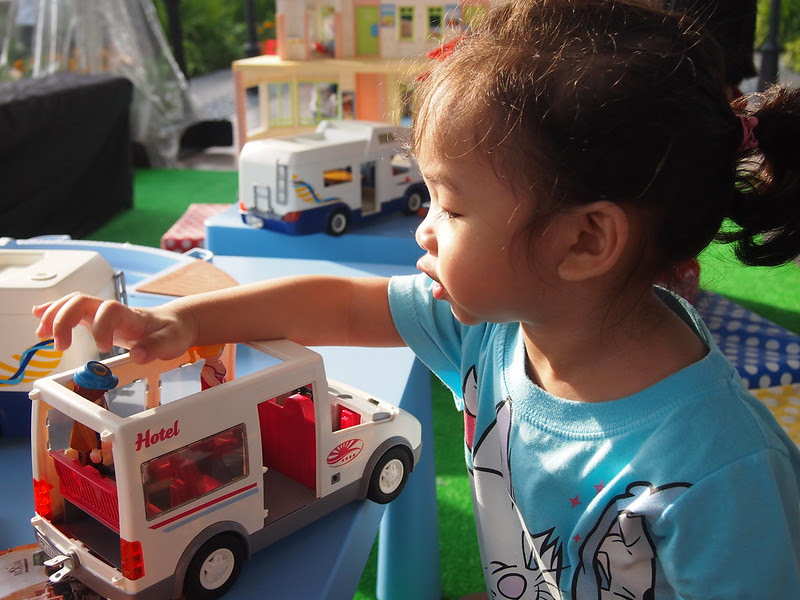 These models and figurines feel very solid and seem tough enough to withstand serious (hardcore) playing by kids. Anyone owns Playmobil toys and can help me confirm this? Planning to get a set for Ayra to play and would like to know if its worth the dollars. 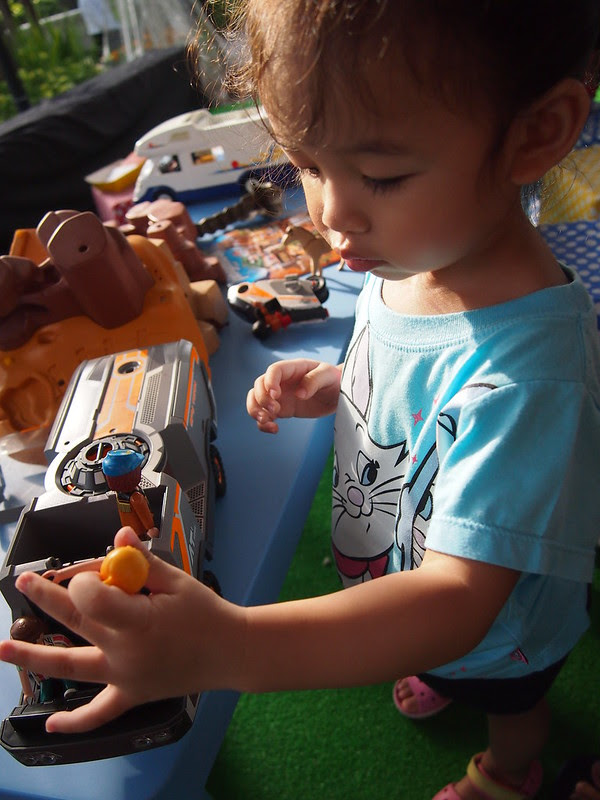 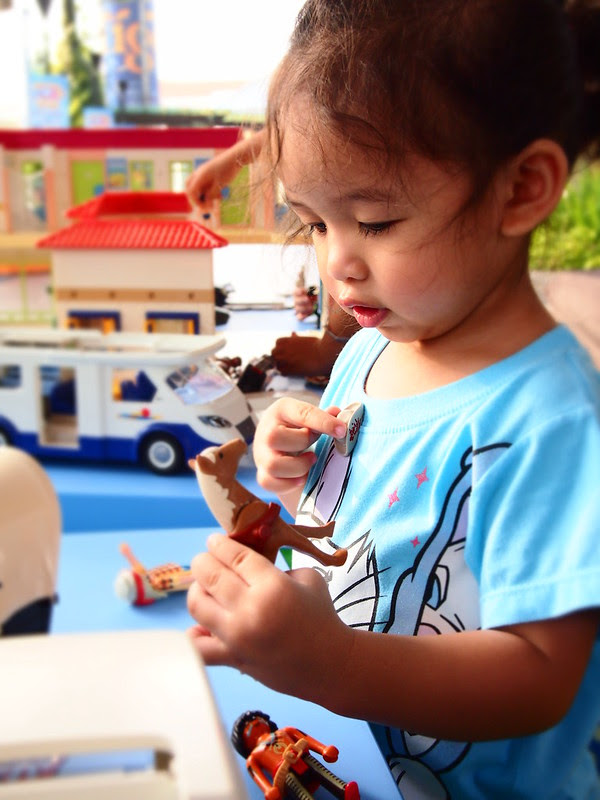 She was relating to horses a lot during that period of time, and when she found one among the many figurines, she just had to play with it. And even wore a hat on the horse which looks pretty cool. 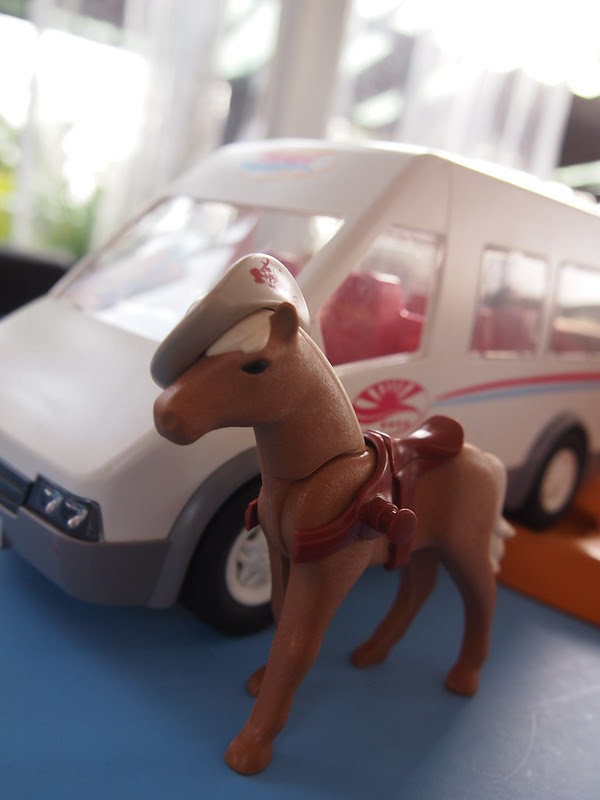 Hint hint: The girl's 2nd birthday is coming, if you are planning on what to get for her (if you are going to get her something) can consider something from Playmobil. :P