We Caught Barney Live on Stage - World of Imagination

Our favorite purple friend and his gang is in town again! When Ayra saw the posters and decals around City Square Mall a week earlier, she has been pestering me to bring her to watch Barney. This girl remembers all the shows we caught at City Square Mall since her first a year ago, and every time we are there, she will ask to bring her to the atrium to see if any friends are performing that day. So the day finally came, we brought her to watch Barney's World of Imagination on their first day of performance.

We reached at 2.30pm for the 4.00pm show, planning to get some food before it starts, but Ayra insisted we wait around the stage cause there were already families seated down waiting for the show which was 1.5hr away! I hesitated, but when I saw the crowd forming rapidly, I followed suit. So we settled down at 3.00pm, and were seated at the last row! 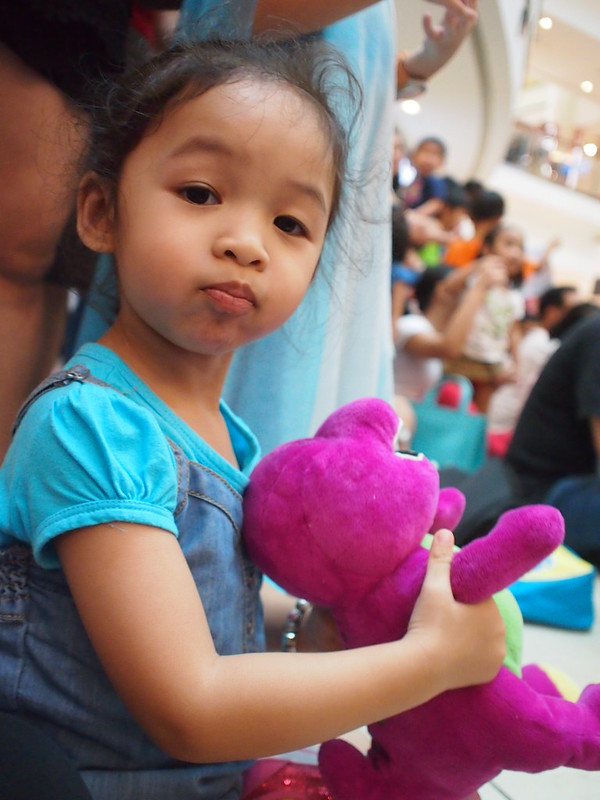 Ayra the only one who was contented and happy that we were seated down. This girl still unaware of the meaning of "waiting time" was losing her temper 30 minutes into waiting. I tried to explain to her that she has got to wait as Barney was still sleeping, but she kept asking "Where is Barney?" "Barney where?"... Tried all I could to keep her occupied, and even attempted a wefie, and this was what I got... 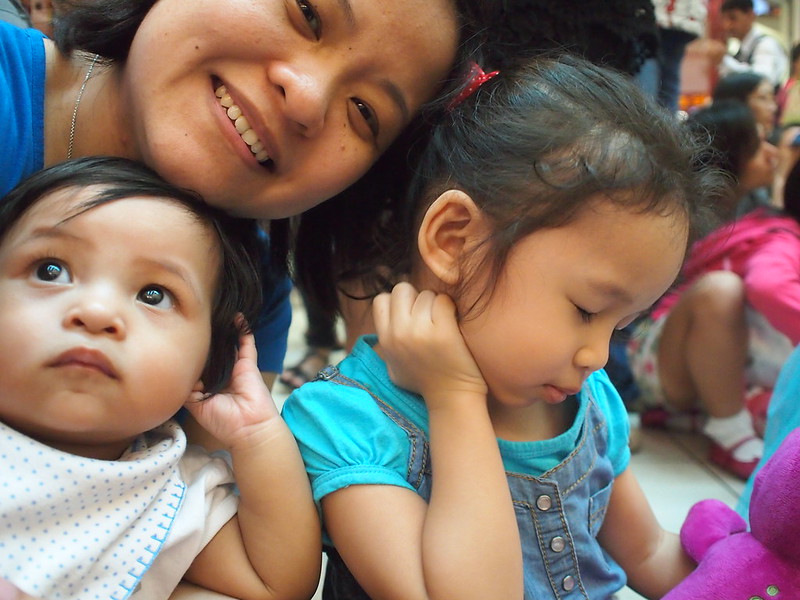 Sitting on the floor with two girls who were getting impatient and grouchy as the clock ticked, was NO JOKE! I couldn't feel my legs nor my butt by the time Barney came on stage. And by then, Ayra was already super tired, didn't quite enjoy the show as much as she would have. Instead, Zara was the one who enjoyed the performances. After our first attempt with Live shows, we learned that we shouldn't sit too close to the stage and speaker. This time, seated right at the back, though she was slightly weary of those big dinosaurs on stage at first, but once she is warmed up, she was clapping and bouncing to the rhythm! 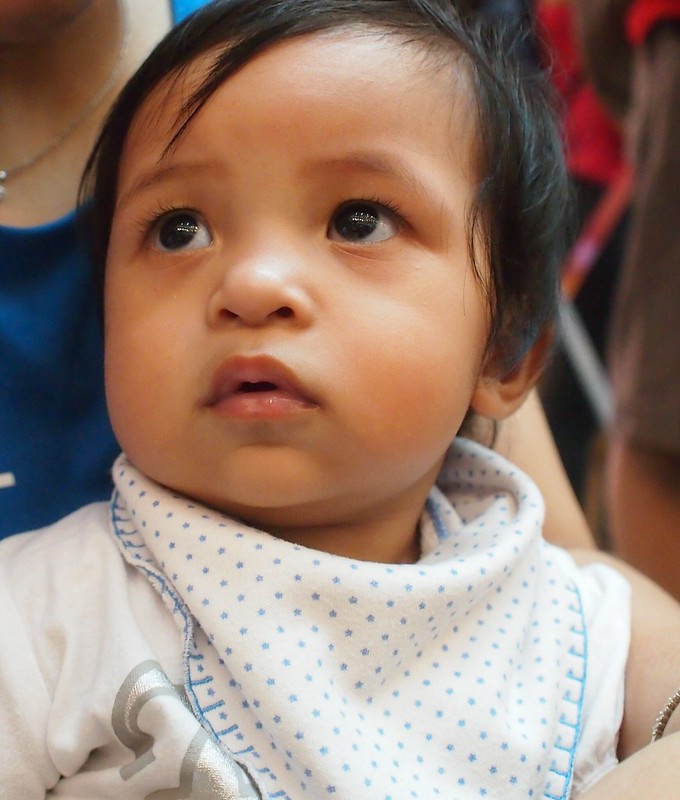 Barney's World of Imagination was very enjoyable. The music was groovy, dance moves were fresh and the kids all loved all the songs and dance! There were some familiar tunes for Ayra from Barney's show, but all the dancing songs weren't that familiar to her. Still she managed to move a little and lip sing a few together with the gang. 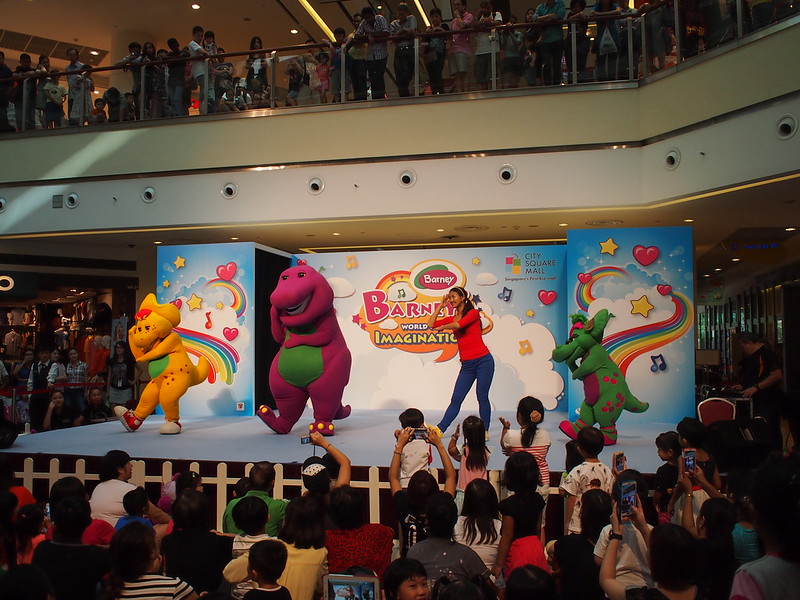 If you are planning to catch the show at City Square Mall, here are a few tips for you! Don't say you are not told ah!