What started out as a small fun toy has now grown to take up 1/6 of our playroom. It began with two cute little Tomica character cars which Ayra got to zoom around with on the dining table. Just because these cars were too cute to resists when she first chanced upon it at SPC, toy cars sold at petrol station. How appropriate!

Then it was the beginning of "cute car collecting spree" for Ayra. She got a third car from Let's Play at Sunshine Plaza 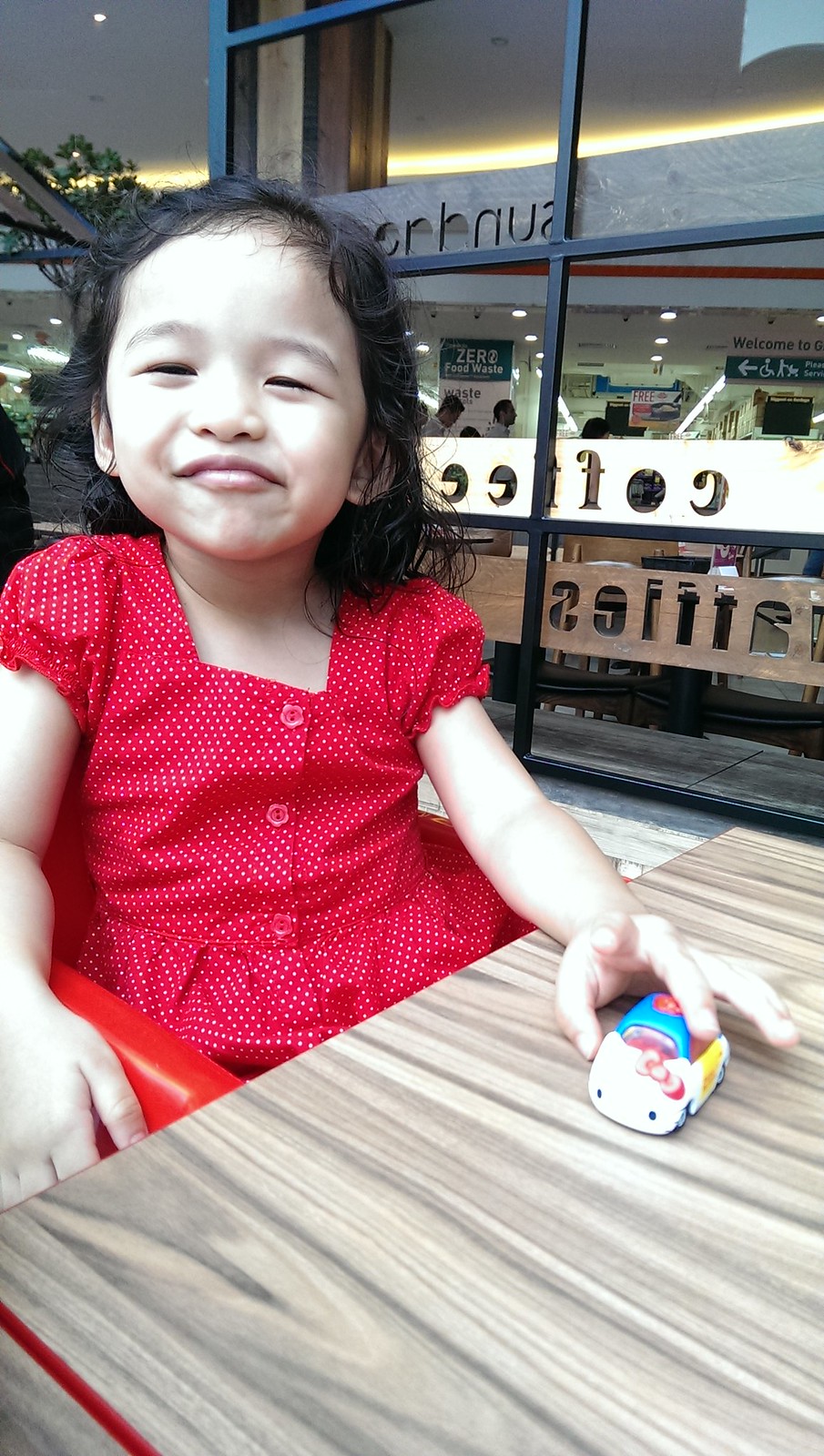 And then for her 3rd Birthday, Mummy me decided to upgrade her table "road" to a playable Tomica playset of a garage. This one moves your car but the spinning track is a little loud and noisy, which of cos I didn't know until after I bought it. meh 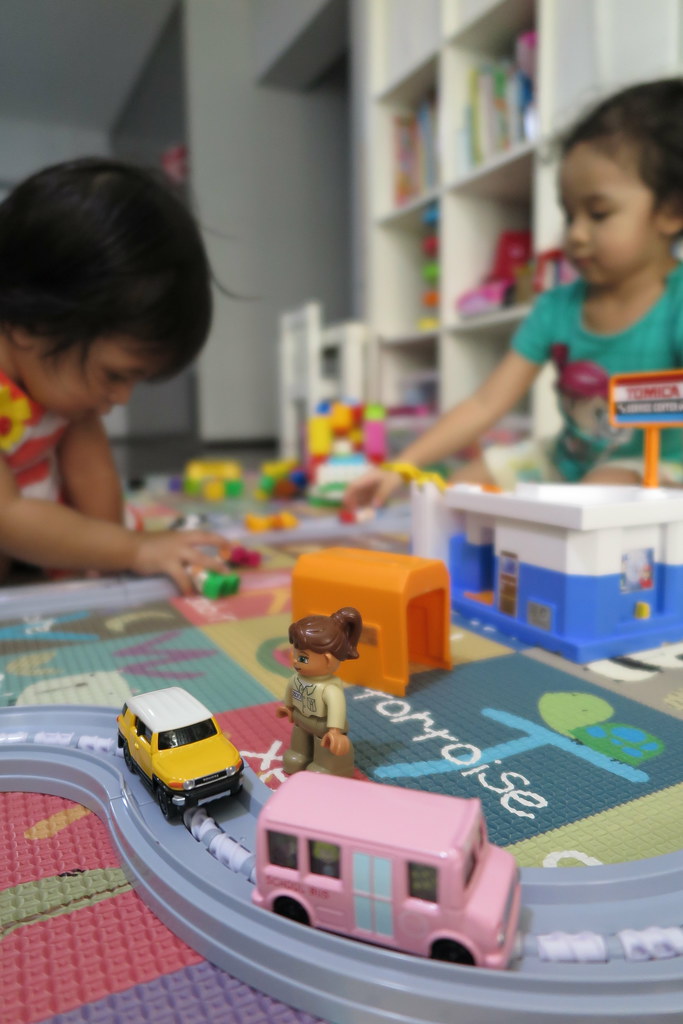 But this the two girls enjoyed playing with it very much. Creating their very own human traffic jams with Duplo characters and the Tomica cars. 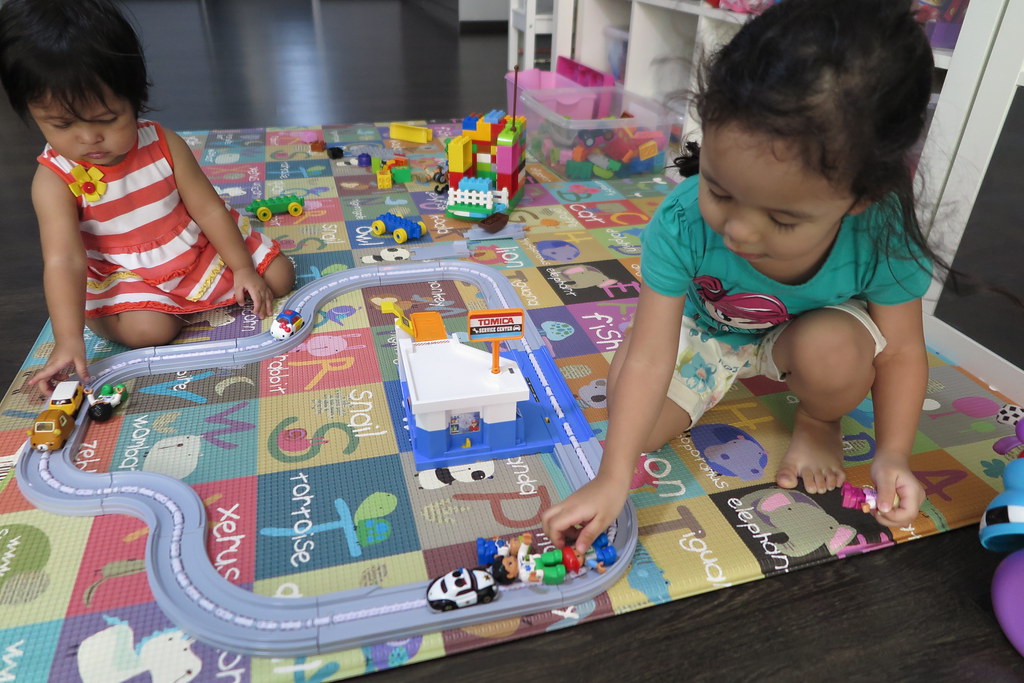 And the loving Grandparents had to upgrade the girls' playing set a day after (for her birthday too) with two giant playsets which outshine the much noisy one I got for her. Initially I thought we could combine the three play sets together, but these two does not go together with the one I bought. The girls just liked to see the cars running around the track and up the carpark elevator. 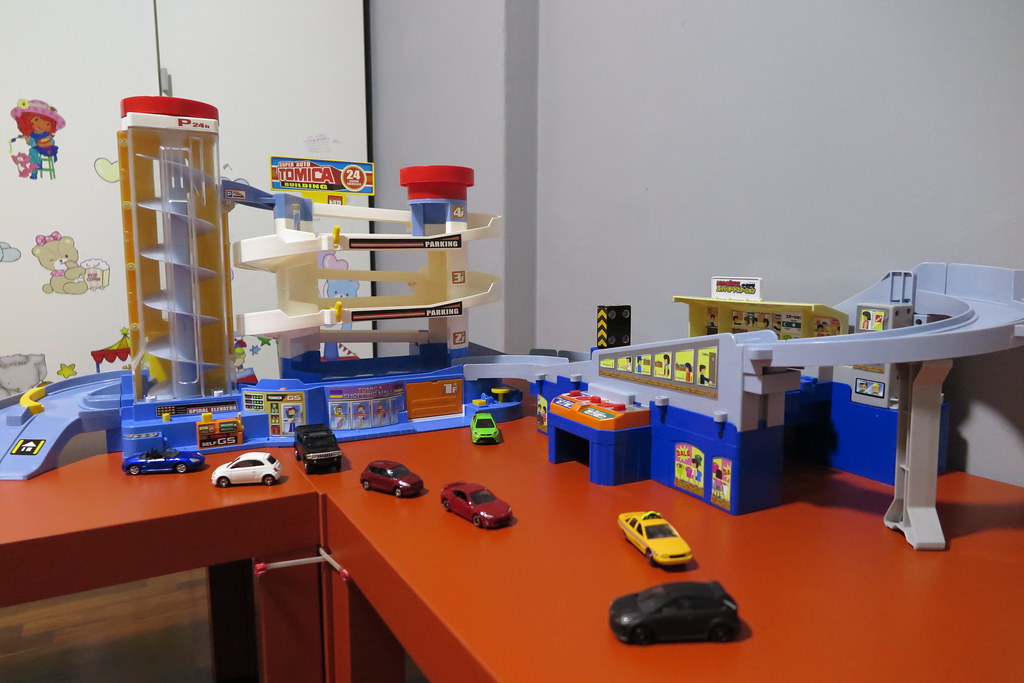 And slowly but surely, the collection of Tomica cars are overtaking her Duplo characters! To date, we have almost 20 cars of mixed colours, make and model. We kinda slowed down this and try to avoid the showcase in stores so Ayra wouldn't want to "Just look at it for awhile" (so she says). 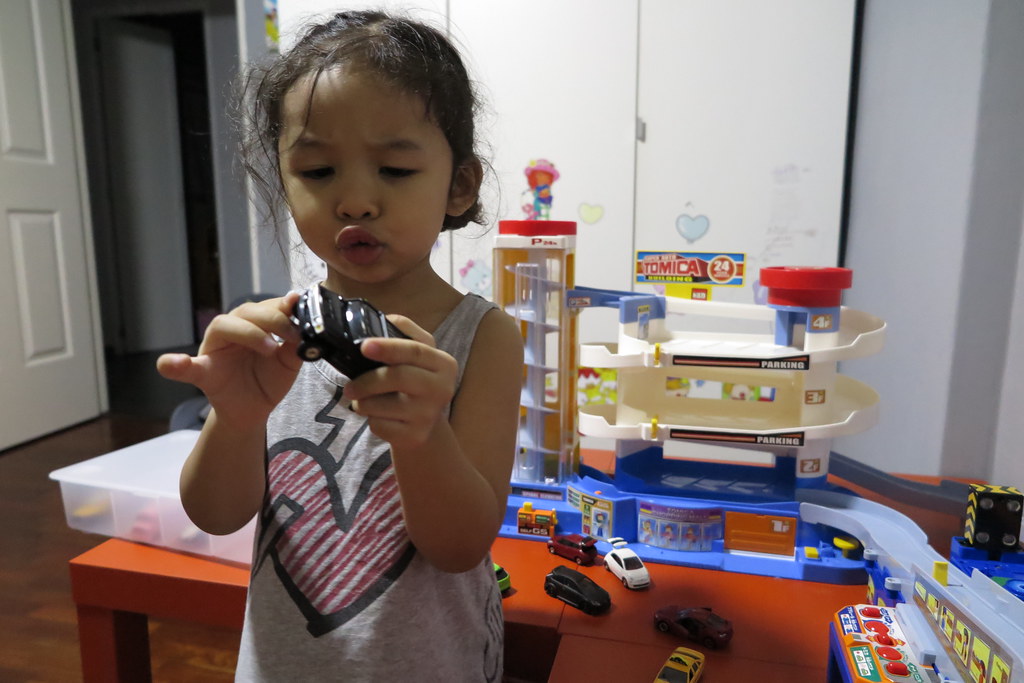 With all these cars and zooming around, I hope she doesn't grow up to be a daredevil race car driver!