The Lighting-up of ChariTrees at Marina Bay 2014

Before the light-up ceremony... 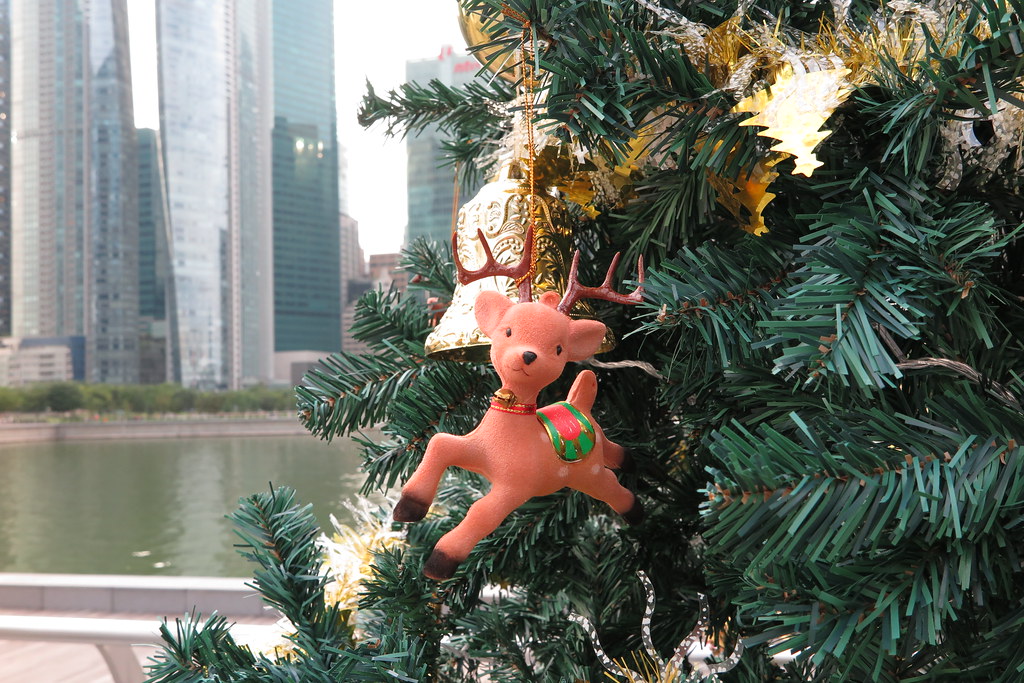 We were early, so we took a stroll down to take a look at the 25 christmas trees along the Marina Bay Promenade.

While waiting for the light-up ceremony of the ChariTrees at Marina Bay, we explored the Marina Bay City Gallery where I spotted the familiar sphere. And so we left our mark. 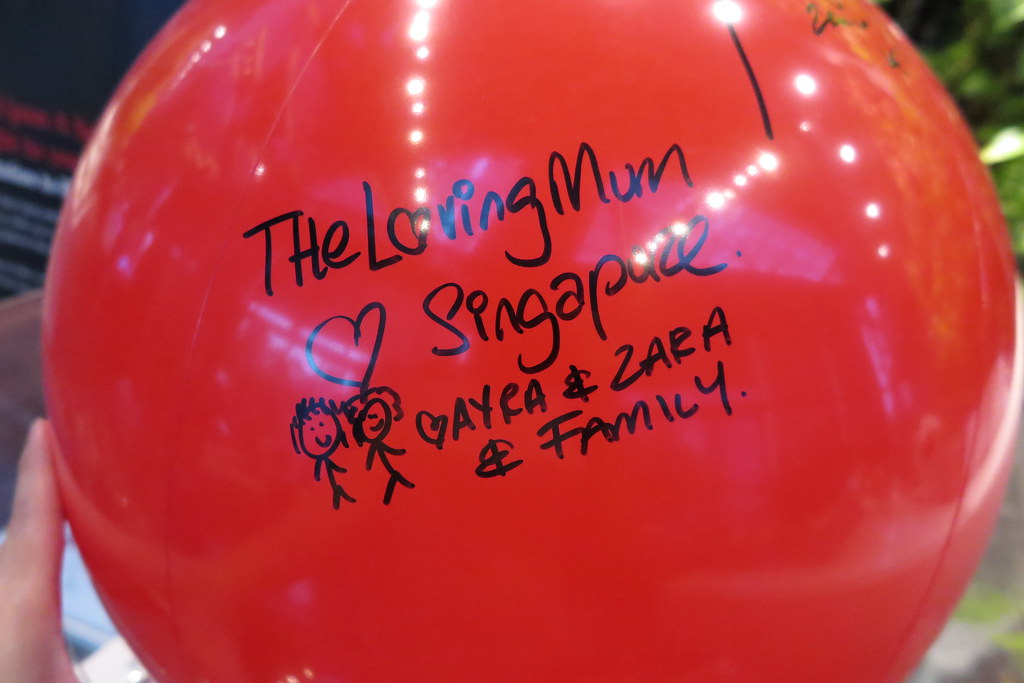 About these red spheres
To commemorate Singapore’s 50th year of independence, 5,000 red spheres will be set afloat in the Bay to form a giant number ‘50’ amidst a sea of 20,000 white spheres. The wishing spheres will be installed in phases from mid-November and will be lit from 26 to 31 December. The spectacular visual installation will carry thousands of wishes from the public made for Singapore’s future.

To keep themselves entertained, our girls just couldn't stop climbing and running around the Marina Bay Gallery. Girls just wanna have fun right? 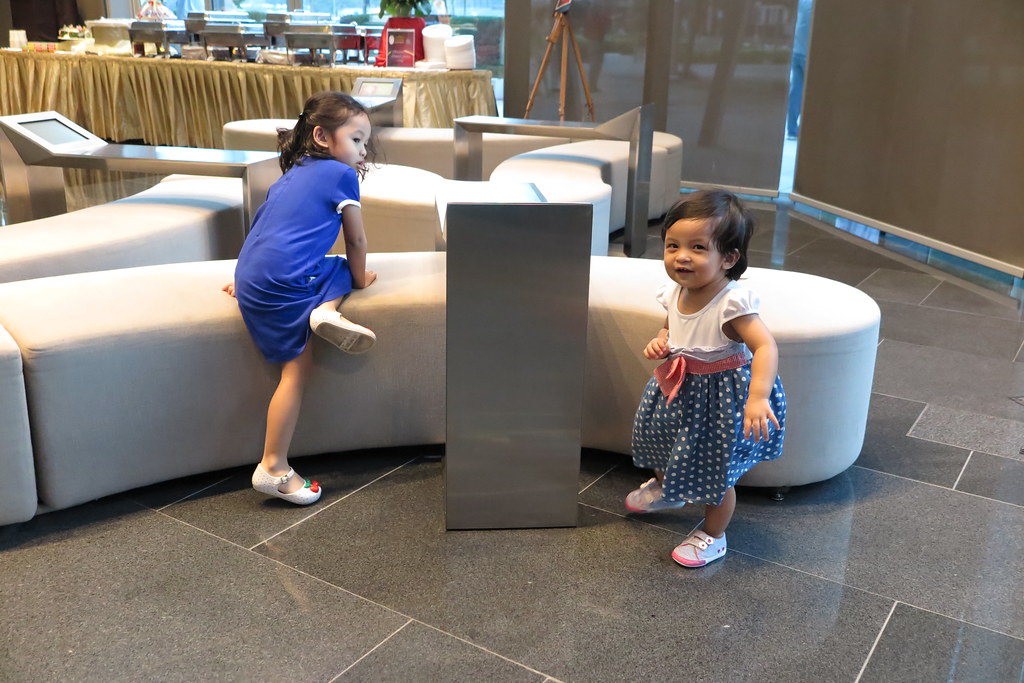 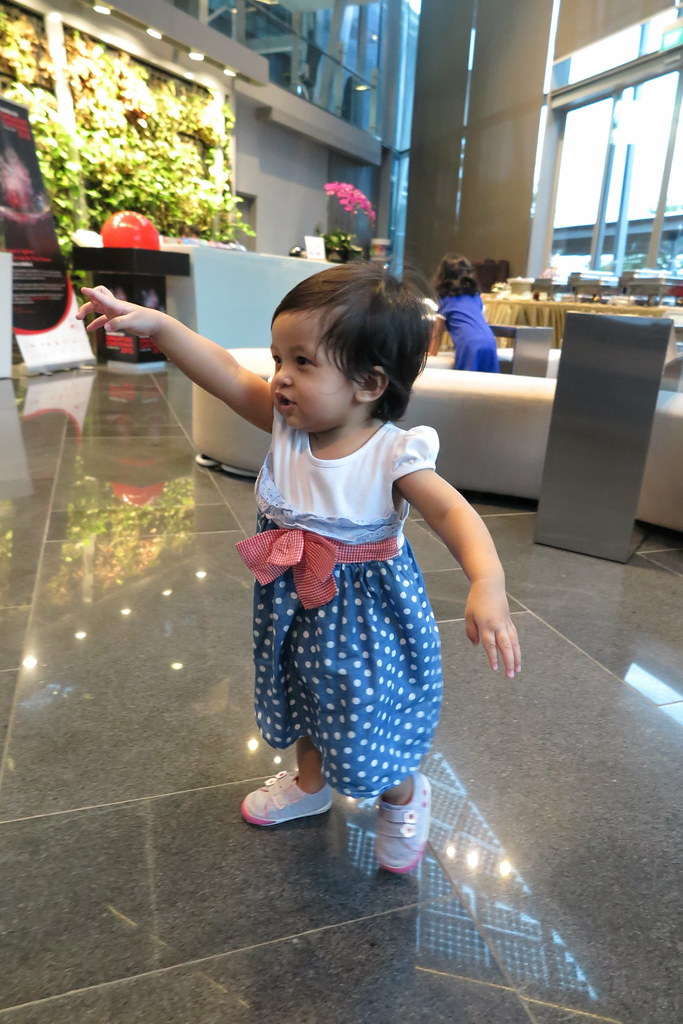 Band march-in and performance by the Singapore Police Force 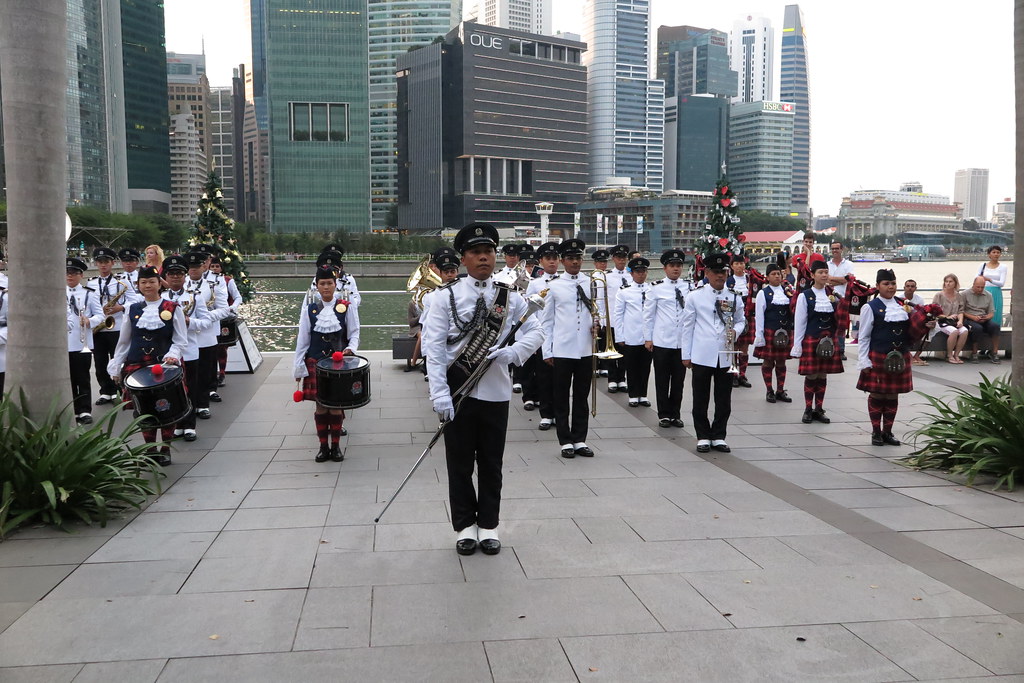 Ayra and Zara were both stunned at their first live military band performance. The march-in and live performance brought back memories of my short but memorable experience with my secondary school military band. Wonder if I will ever get to play the clarinet again. 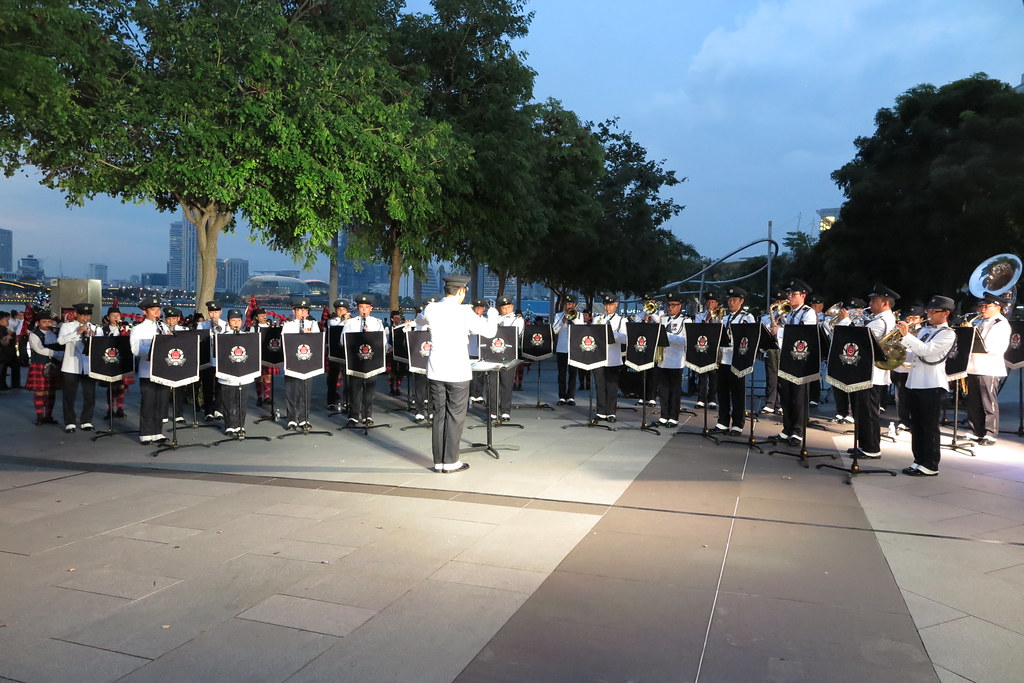 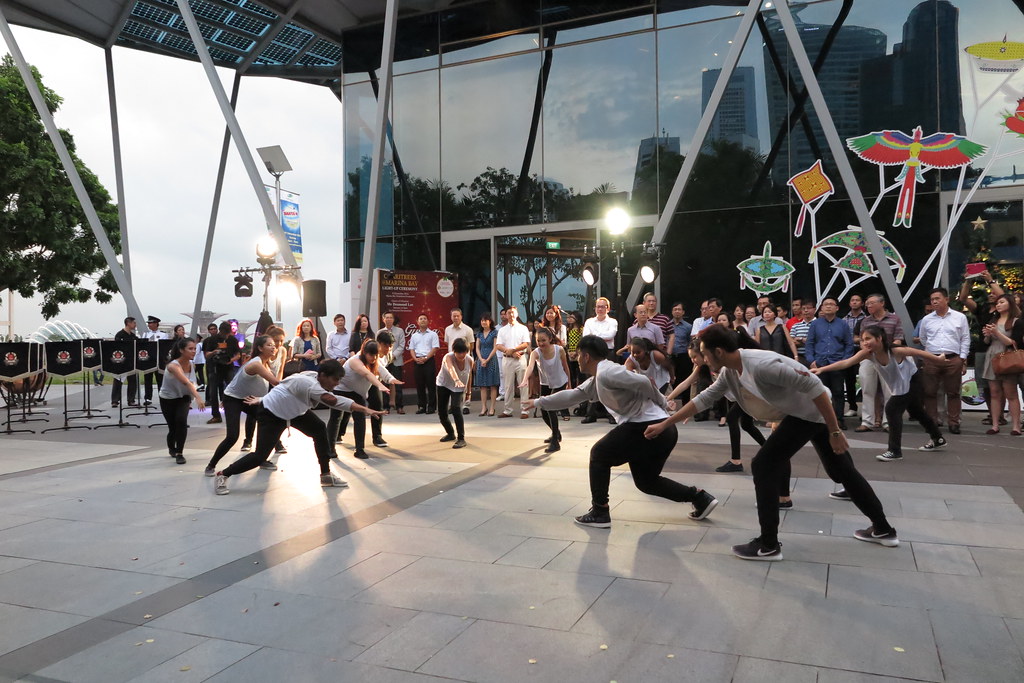 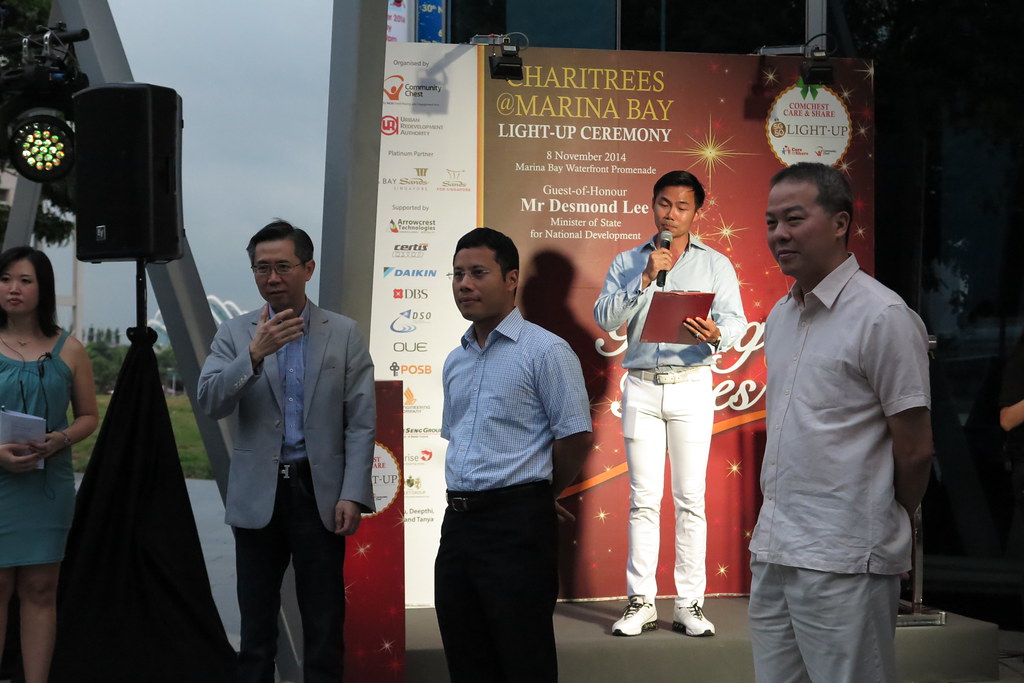 Whom we briefly met before digging into the Christmas buffet dinner served at the ceremony. Both the girls even did hi-fives with him. No photos cos it was totally not planned nor expected.

Token of appreciation to the supporting organisations and companies 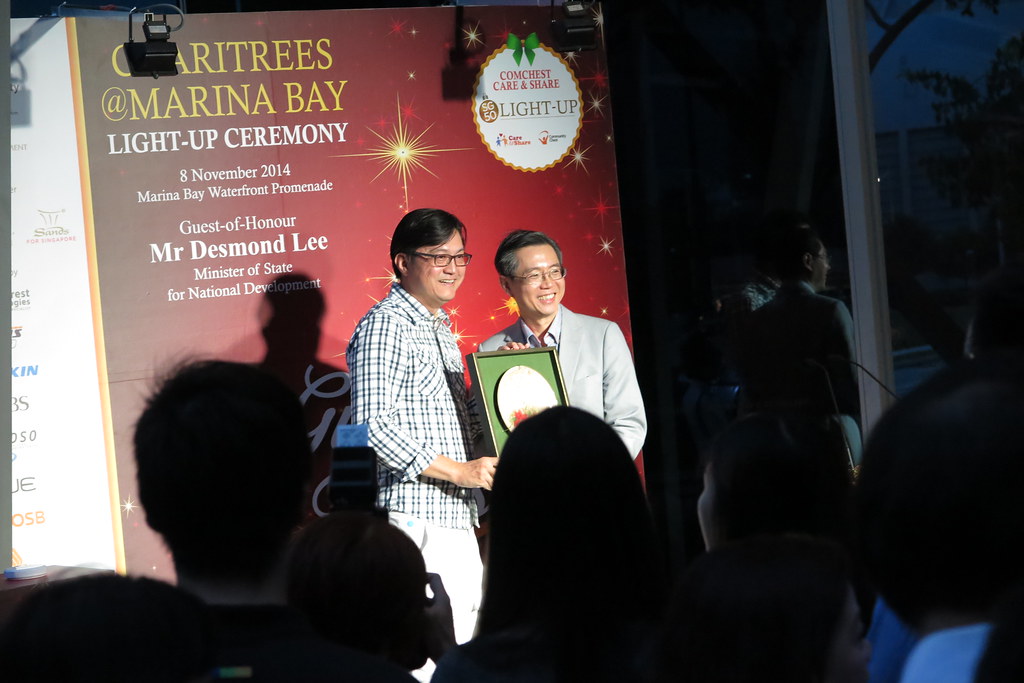 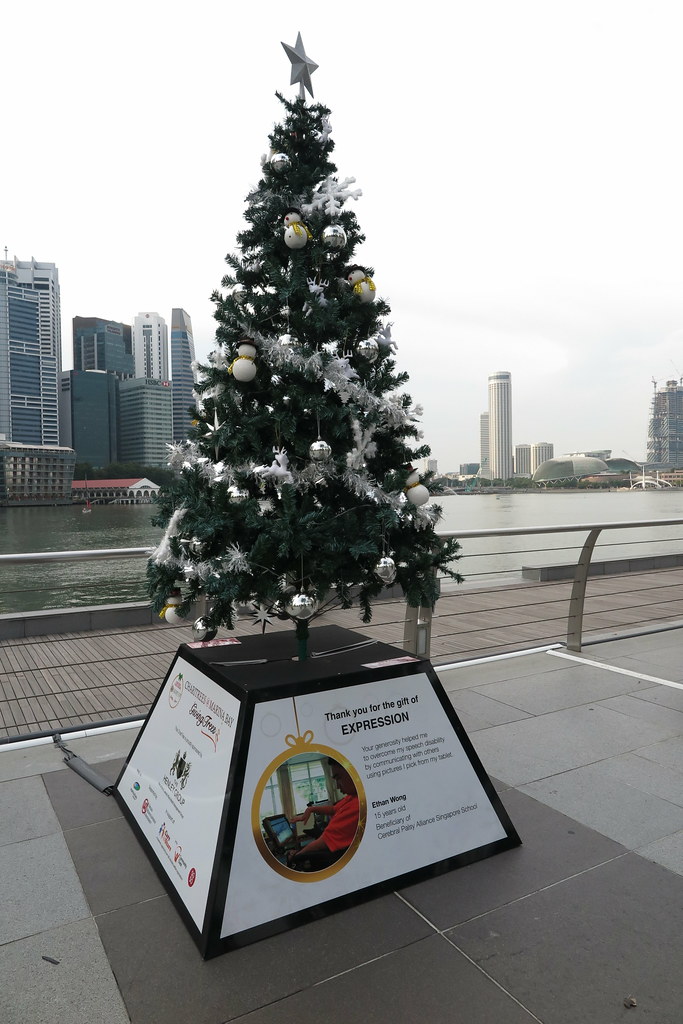 As a prelude to SG50, Singapore’s Golden Jubilee, celebrate Christmas with Community Chest as we light up the lives and dreams of the disadvantaged with ChariTrees @ Marina Bay. Themed “Giving Trees”, these 25 trees showcase how the community has touched the lives of 300,000 Community Chest beneficiaries. The trees have been adopted by donors and show how they have given various gifts of hope, dignity and togetherness to children with special needs, youths-at-risk, people with disabilities, frail and lonely elderly and families in difficulty. 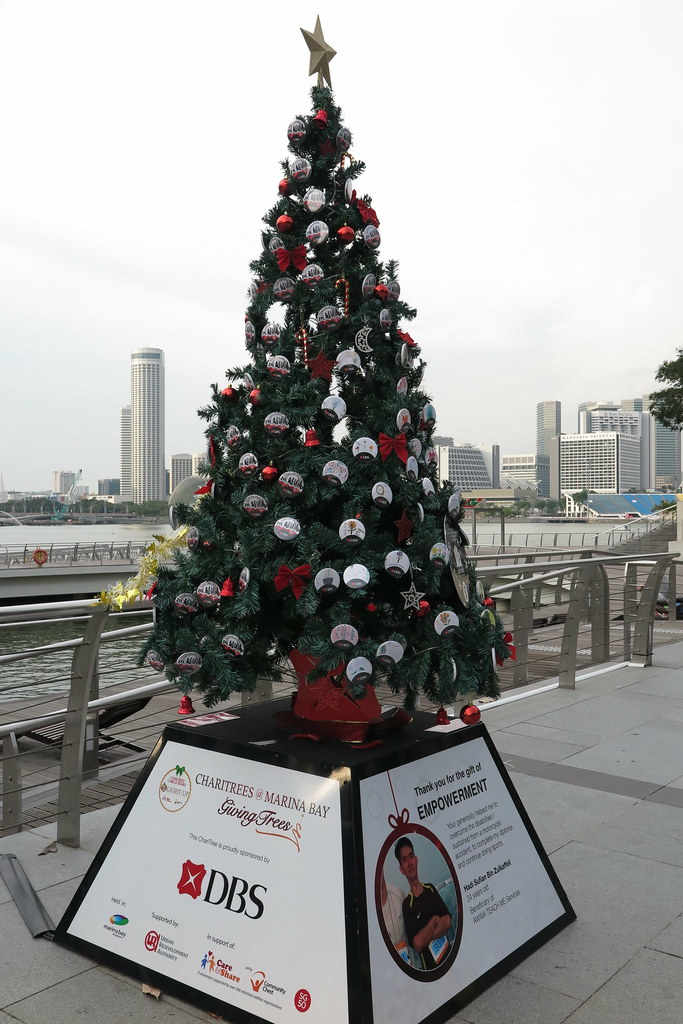 Each tree decorated the the donors featuring their beneficiary and how the donation helped them. Go take a look and read the little stories of the 25 featured beneficiaries. You'll never know which may just inspire you to make some donation this festive season. 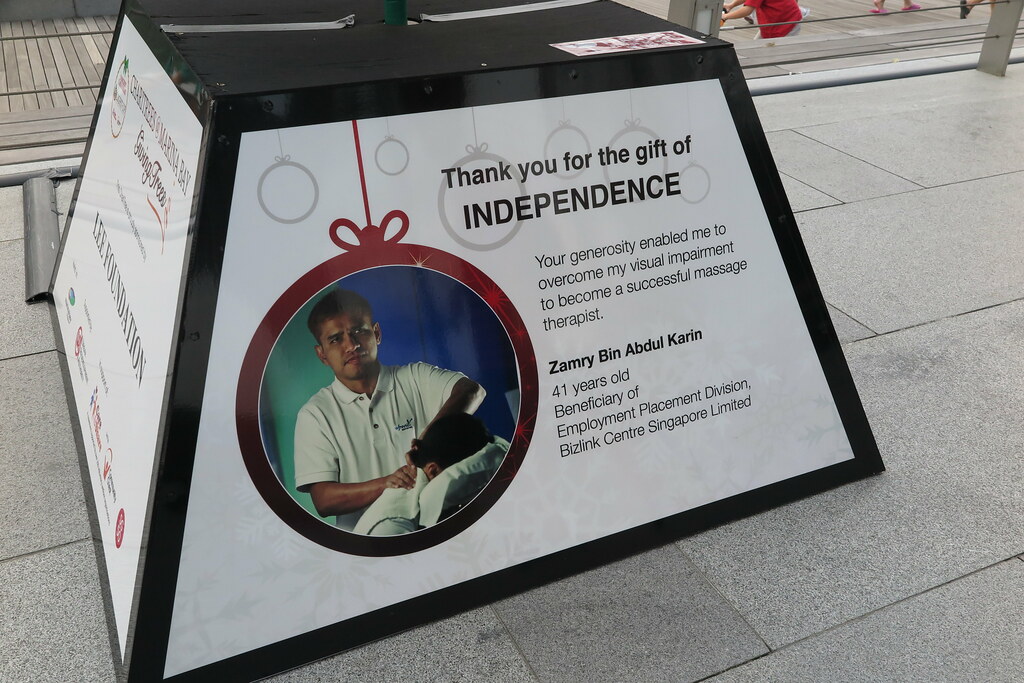 ChariTrees @ Marina Bay 2014 is jointly brought to you by Community Chest and the Urban Redevelopment Authority. To contribute your special gift to someone in need, please visit comchest.sg. Donations will be matched $1-for-$1 under the Care & Share Movement until 31 December 2014.