Probably Our Worst Experience Ever at Legoland Malaysia

So we thought our girls would totally enjoy a trip to Legoland Malaysia with the grandparents and us, we planned and booked our first trip out of Singapore with our two little ones. It was supposed to be the "Everything is Awesome" family trip and Zara's first passport chop. But we were so wrong.

Knowing that both the girls would not be able to survive an entire day of play at Legoland, we decided to spend just 4 to 5 hours at both the theme parks before we head back to Singapore on our second day stay. After our first day of relaxing and some shopping, we tried to let the girls sleep as early as they can and wake up as late as they can so they get enough rest before our fun time at Legoland Malaysia.

I was all pumped and ready for some fun time with the whole family. We arrived at Legoland Malaysia around 12.45pm, the weather was cool and sky was covered with clouds. A great weather to soak up some fun. Expecting Ayra to scream and shout when she saw the theme park, but instead all she wanted to do was to stay covered inside her stroller. Zara was slightly more enthusiastic and were looking everywhere curiously.

The very first ride we saw was the Legoland junior driving school, Ayra saw it and said she is able to drive the car on her own. So off we went to join the queue which was relatively short in my opinion. Before we were half way through the wait, Ayra got tired of waiting and we exited. First ride attempt failed.

Then we walked towards the Legoland Express which all of us got to get in together. Again Ayra was asking to get out of the queue almost immediately. This girl just hated the wait I think. But we insisted to ride it together and so we did. And well, the ride was... just a ride. I think the girls had more fun when we were onboard the train at City Square Mall few weeks earlier. 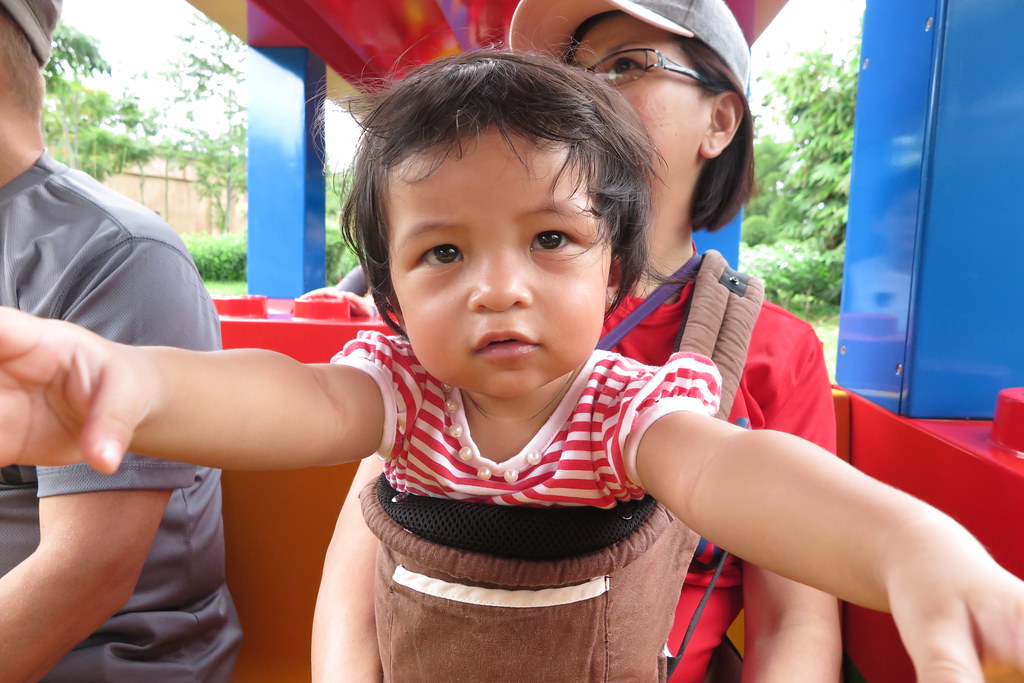 Upon exiting the train station, we saw an actor asking everyone to enter the theatre for a Christmas show, and since Ayra and Zara had all enjoyed live stage performances we thought this could be something they would like. And the place was kept cool with air-conditioning, big welcoming feature after sweating outdoor. The show was entertaining with Christmas characters singing and dancing. But the sound system was a little bad and I couldn't quite hear the words they were talking and singing. 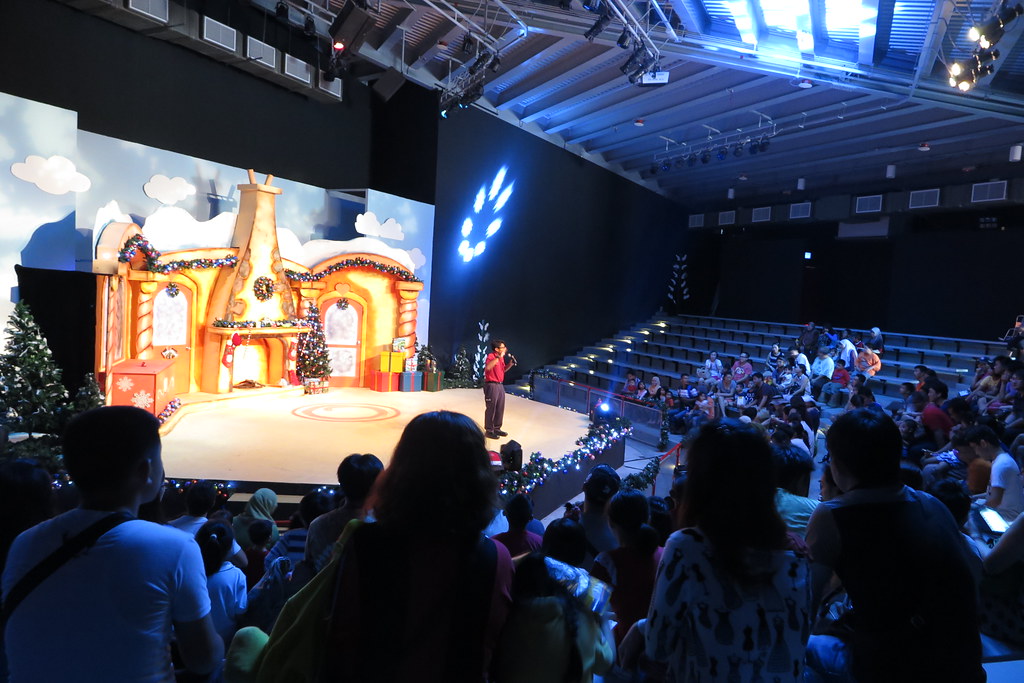 Next we took flight at the LEGO City Airport, the last ride both our girls took before they got tired and before the sky started to drizzle. This ride is so not for adults, even photo taking is not possible since the height of the plane is designed for kids. My face gets strategically chopped off. 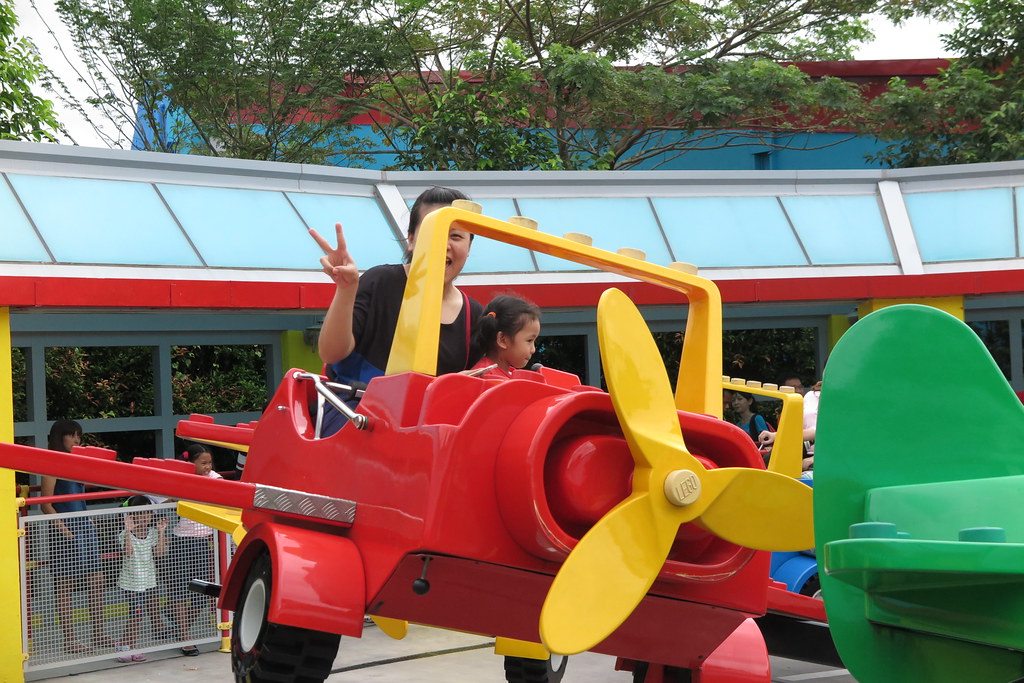 While Ayra snoozed in her stroller and Zara drinking her milk, husband and I had a go at Project X. Due to the drizzle there wasn't any queue for this thrill ride. I had a good scream on this one. I am so not a thrill ride person.

With the on-going drizzle and Ayra still sleeping, we headed to the water theme park. Yes, you read it right! The above were just the few pathetic activities we did at the much hyped about Legoland Malaysia! There are so many more things we could have done there, but we did not even get close enough for a photo of it. Lesson learned, never attempt another trip to theme parks with both girls until they are old or tall enough to truly enjoy all the activities!

And off we went to Legoland water theme park... 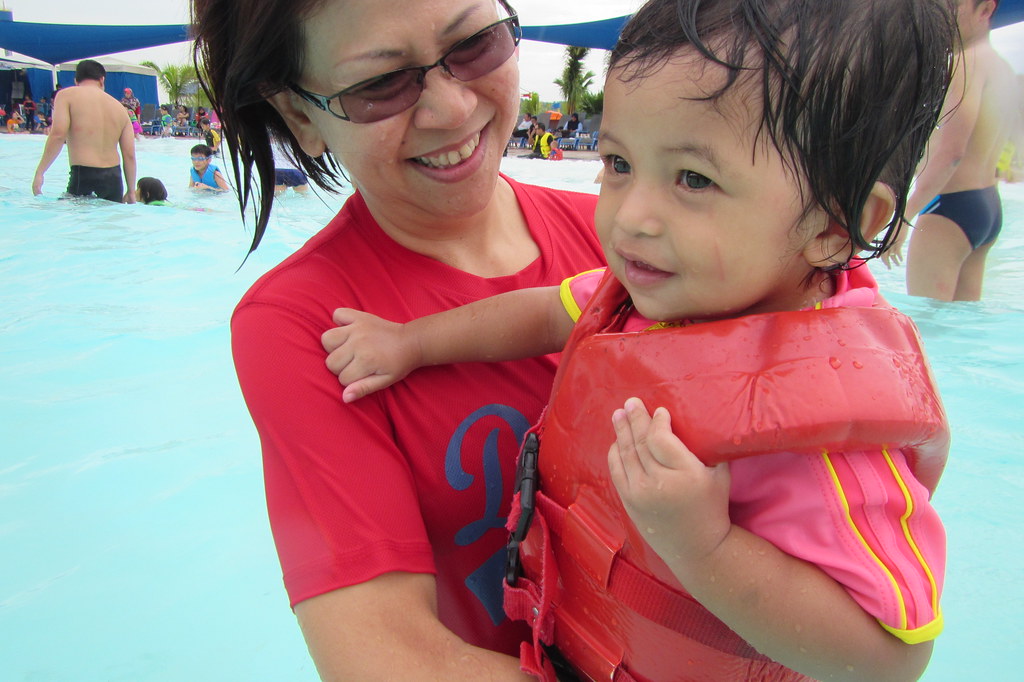 It wasn't any better at the water theme park which was much more packed than the main theme park. We had some fun in the wave pool and in the build-a-raft pool. Before we could dip our feet into the DUPLO Splash Safari, I had to carry Ayra as close as I can against my chest to keep her warm. This poor girl was shivering from the chill. With that we wrapped up our super short time at the water theme park.

And again my face is strategically blocked by dear Ayra and her brick... 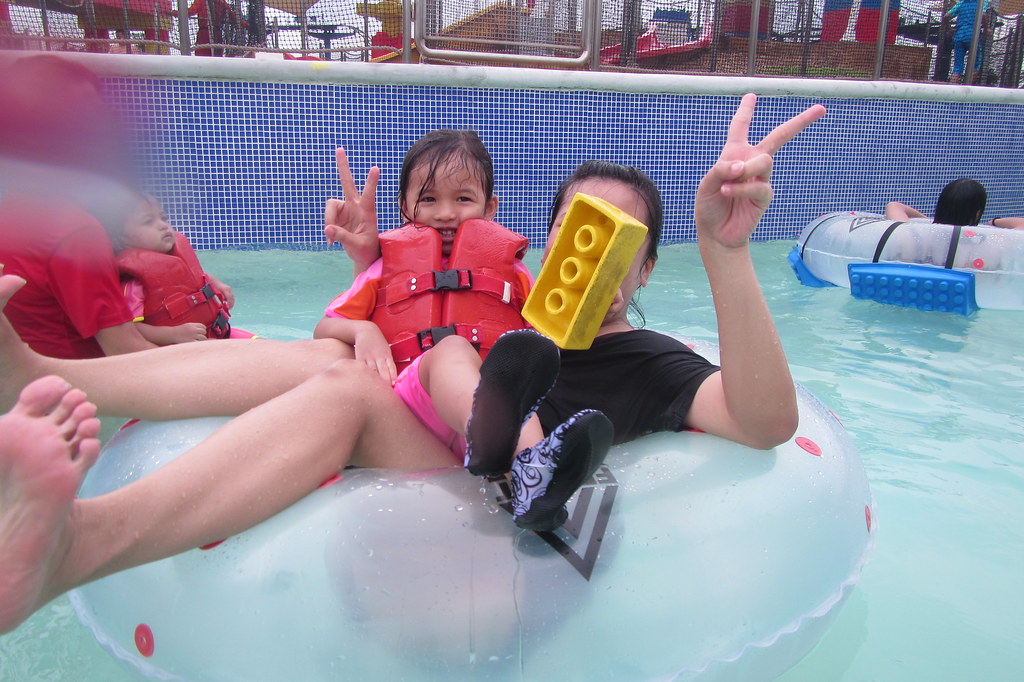 Very sad day right? This is and would probably be our worst ever experience at Legoland Malaysia. But we are not giving up the hope that one day we will head back there again and enjoy our time there 101%; and it better be a 3D2N fun instead cos 2D1N is just not enough to enjoy everything Legoland has to offer. Perhaps a stay at the Legoland hotel might help since its nearer than Traders Hotel which we stayed at during this visit.