It's been almost two months now since we started Ayra with a weekly art lesson at heART Studio. Every week, this girl will look forward to Thursday after child care, she'll finish her dinner faster than usual just so she can reach heART Studio in time for her 75 minutes of art engagement with Teacher Jay. I can see that Ayra truly enjoys her time in class. 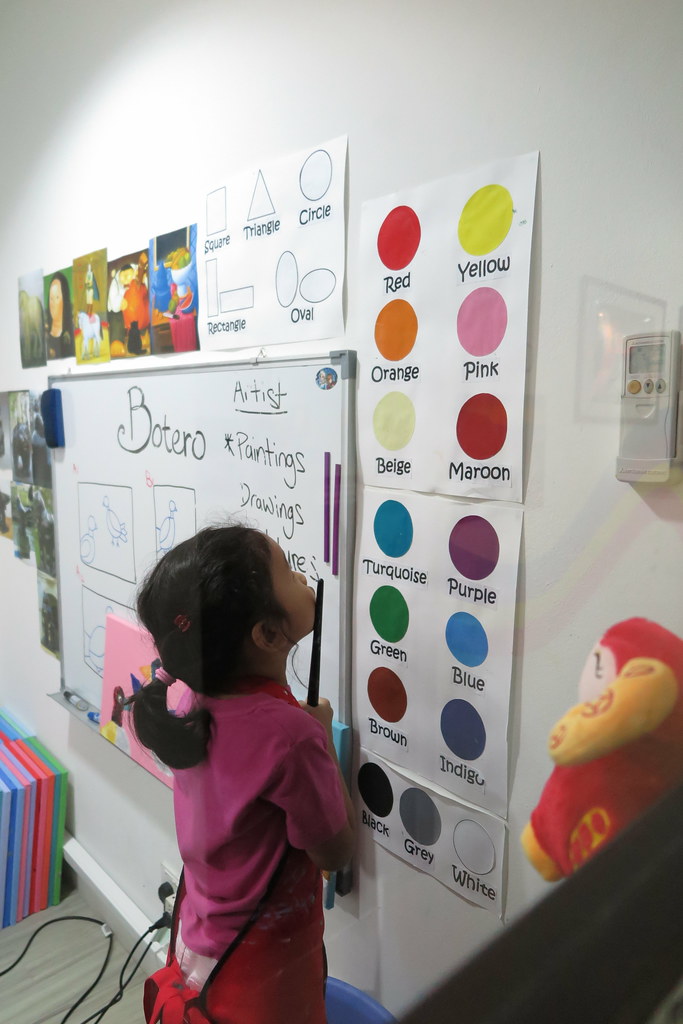 Learning about colours and picking one for her painting[/caption]

So far one project has been completed, Ayra's first complete piece of canvas painting, done wholly by herself! She was super proud of her work and had to show it to her grandparents and uncle when she reached home that day (we did FaceTime). 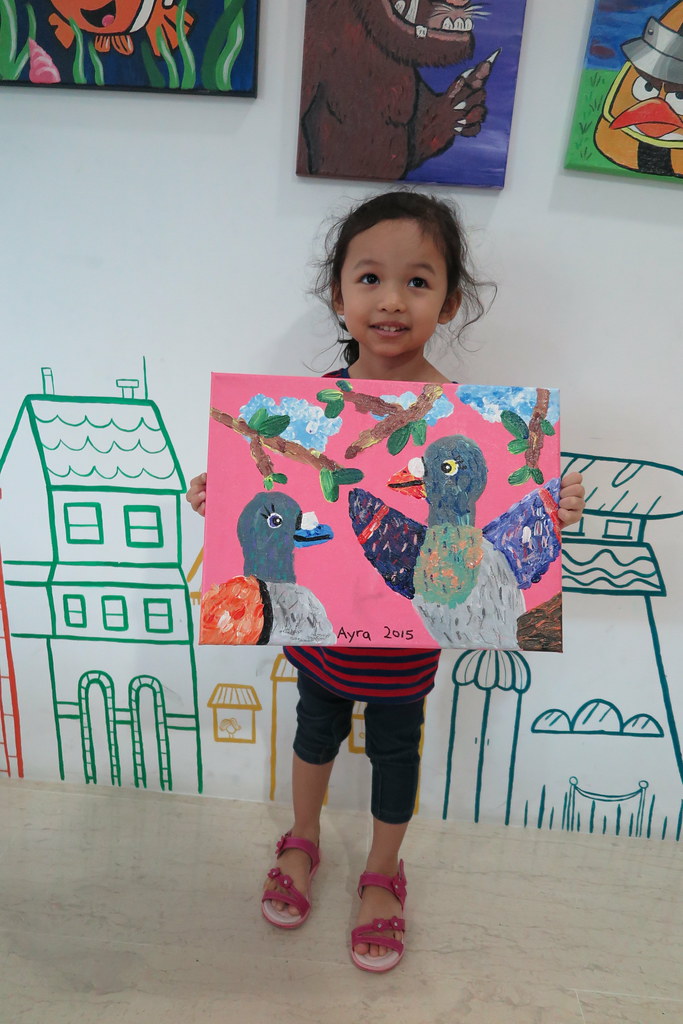 Ayra with her very first canvas painting. This is awesome right? See how proud she was holding it for the camera![/caption]

Teacher Jay would guide her patiently on different type of strokes to create the effect needed for feathers, clouds and just simple background painting. Once he guided her, she would be left to finish the painting on her own. 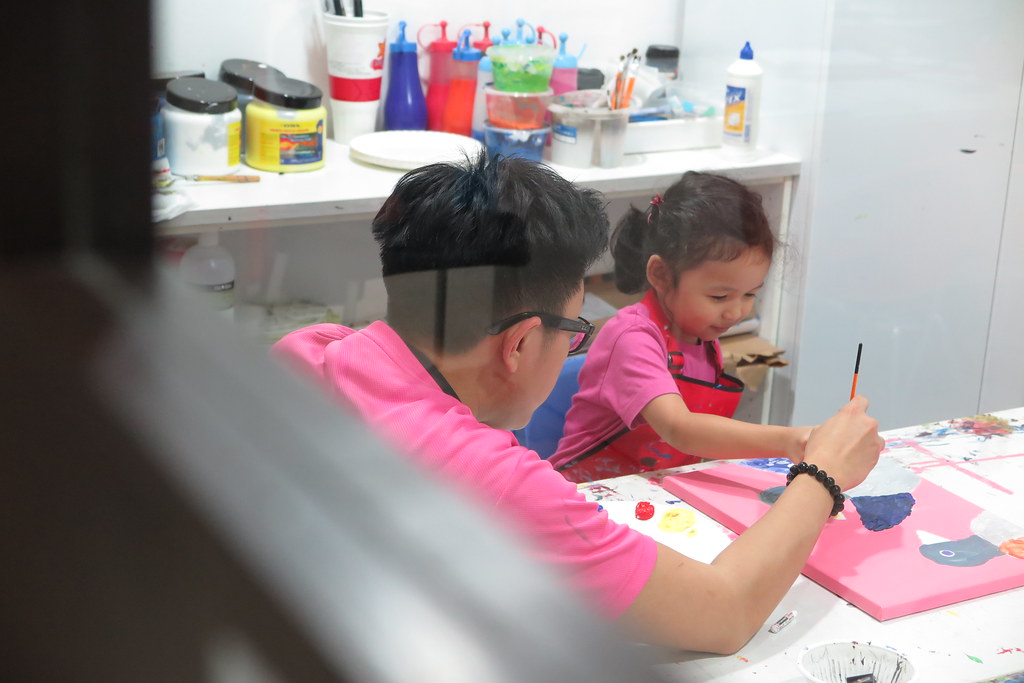 An earlier lesson where Teacher Jay was guiding Ayra on using short strokes to create feather-like texture with the paint.[/caption] 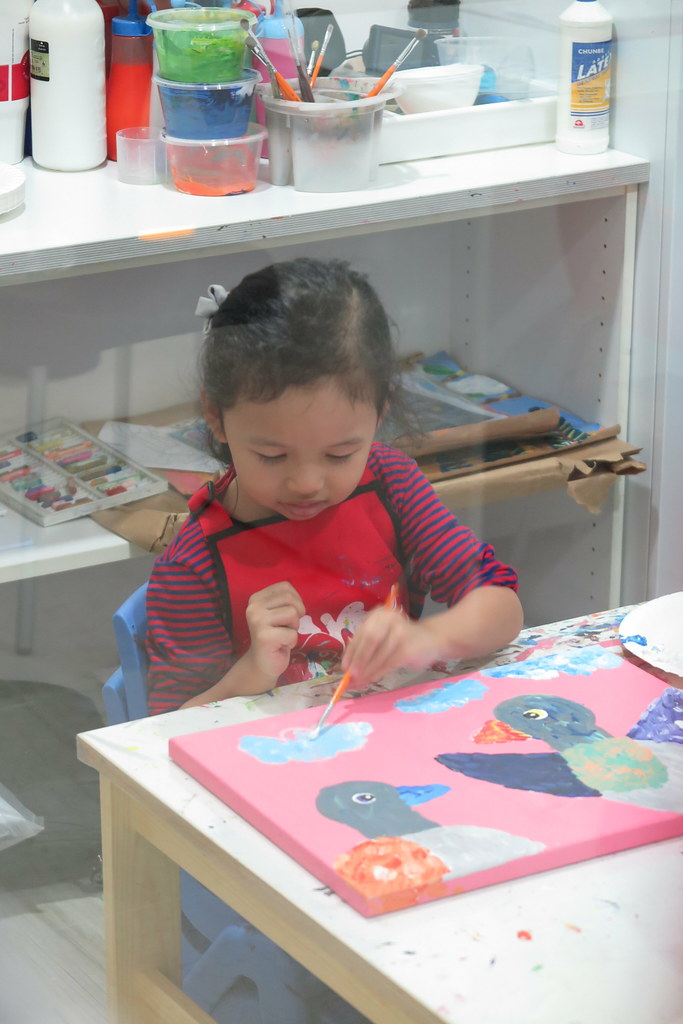 Ayra concentrating on her painting after learning the right way to create clouds from Teacher Jay.[/caption]

It just brightens up my day watching her enjoy herself in class and learning. With just one more project to go, I may have to sign her up for a new term soon. 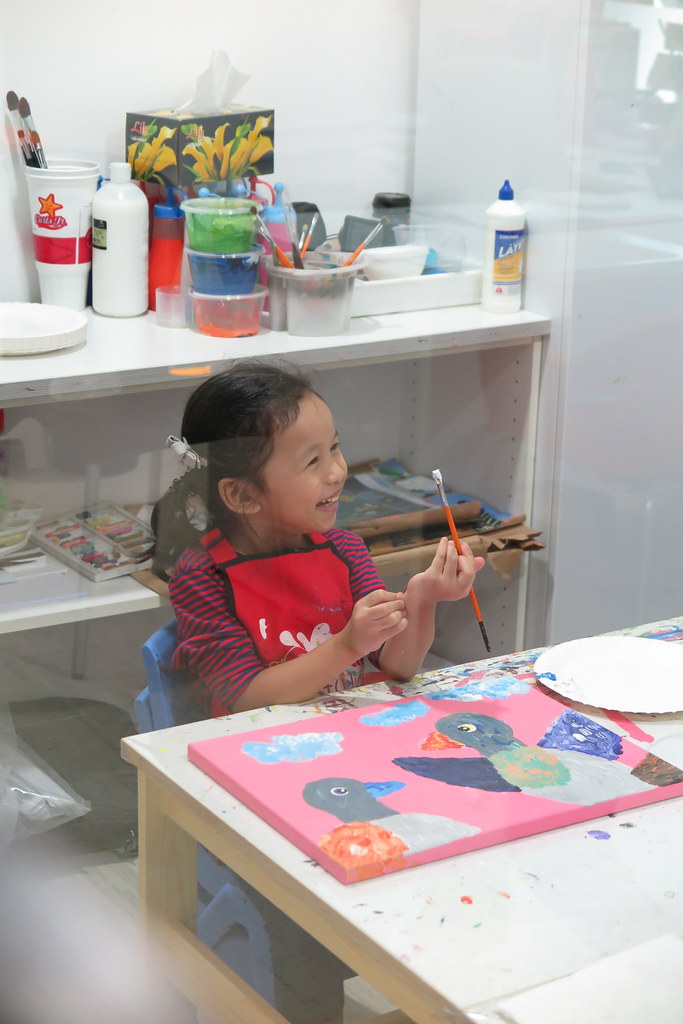 That smile that melted my heart.[/caption]

For those keen, each term of 10 sessions is $400 and the child will complete two projects in the 10 sessions, using 4 sessions per project and the other 2 remaining sessions will be used to teach other techniques or skills.

*Disclosure: This is part of a series of reviews between heART Studio and The Loving Mum. Ayra is attending complimentary art lessons for the purpose of writing this review. No monetary compensation was received and all opinions are my own.