Getting Up Close with Sea Monsters at S.E.A. Aquarium

Ayra is now kinda crazy about Dinosaurs and creatures. Since we started switching our Starhub channel to Cbeebies in the evenings, one of her favorite is watching Andy's Dinosaur Adventures. Funny how this princess lady is now more interested in shows on Cbeebies which I personally prefer too cos its more edutainment as compared to the other kids channels on Starhub.

When opportunity came to check out a new exhibition at S.E.A. Aquarium where there'll be Sea Monsters, we all got quite excited about it. Though I believe the girls would have much more space to explore and roam around if we visited on a weekday. So that day, we had them belted in our double stroller throughout the visit so we don't have to start a missing child hunt. We love attractions that are stroller friendly and S.E.A. Aquarium is one of them! (Unlike the other time where we had a very bad experience at another aquarium nearby. coughs) 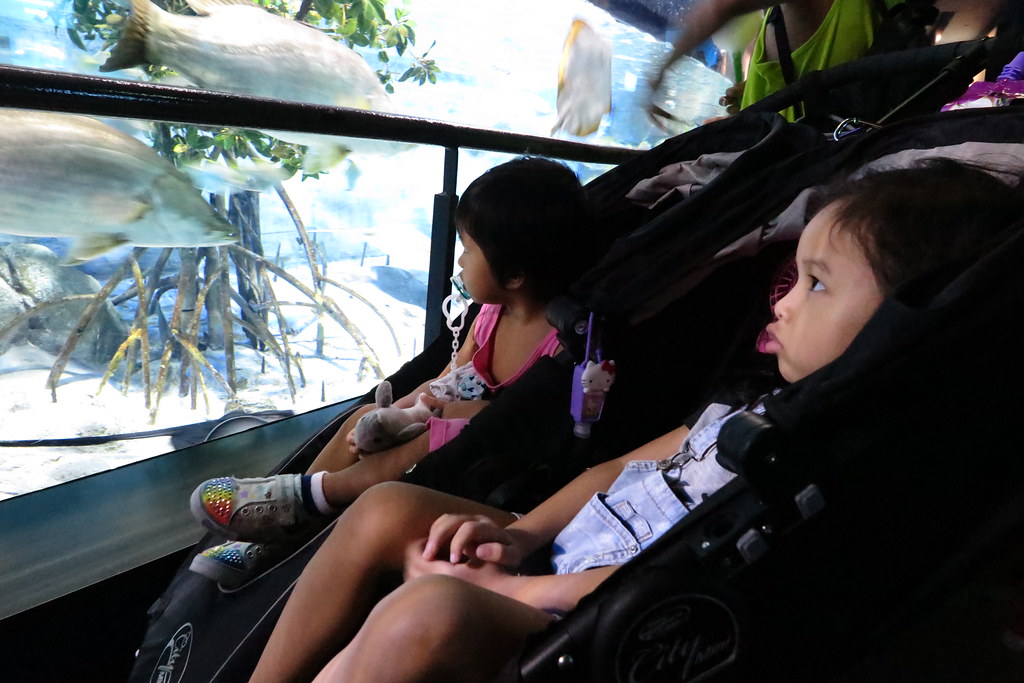 So... back to Sea Monsters: Past and Present.

Organized into three zones, the exhibition unfolds to reveal sea monsters of the past and present. You get to discover breathtaking exhibits of extinct marine creatures and learn which of them are still among us today. I was too occupied with running around looking at the exhibits and watching the games play with DJ that day, I didn't get much photos taken! Here are some which I thought are quite interesting from the Living Fossils exhibits. 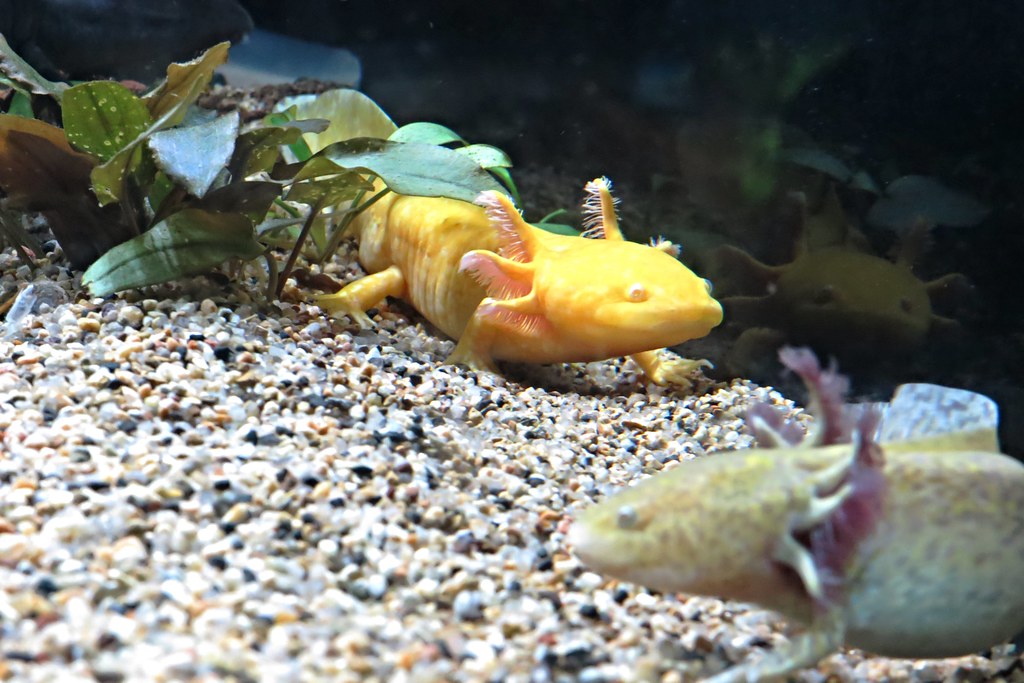 The Axolotls, these never become adults and stay juveniles their whole lives and they can regenerate damaged body parts too. Amazing little creatures and super cute too don't you think? I got stuck staring at these for the longest time that day. 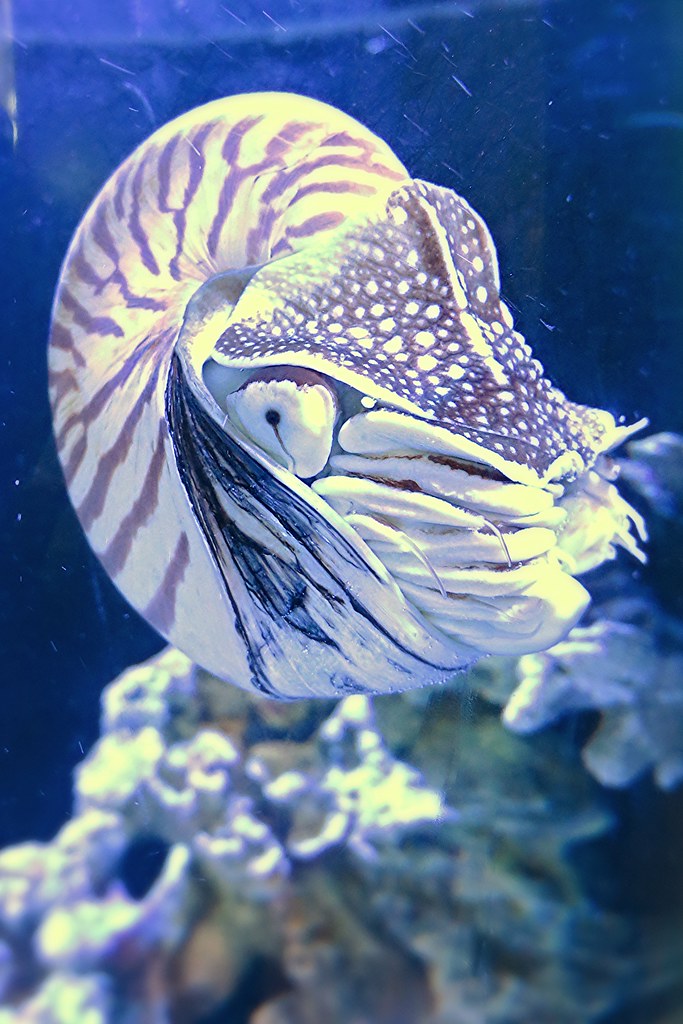 Meet the Nautilus, the sole survivor of this once very diverse group of animals called Ammonites. These animals roamed the oceans for 250 million years before going extinct with the dinosaurs when a meteorite struck the Earth. These Nautilus are relatives of squids and octopuses! Can you see their resemblance? 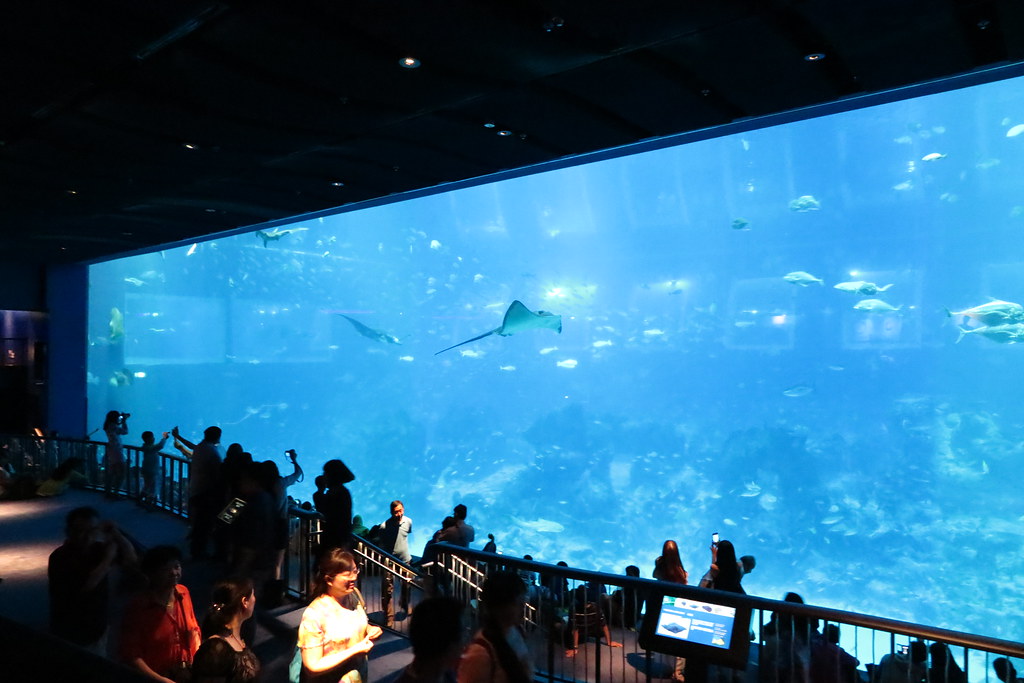 After touring this special exhibit, we proceeded into the main aquarium for a walk. It was quite a quick visit with a short break at the Open Ocean exhibit where Ayra did some colouring activity on her own. 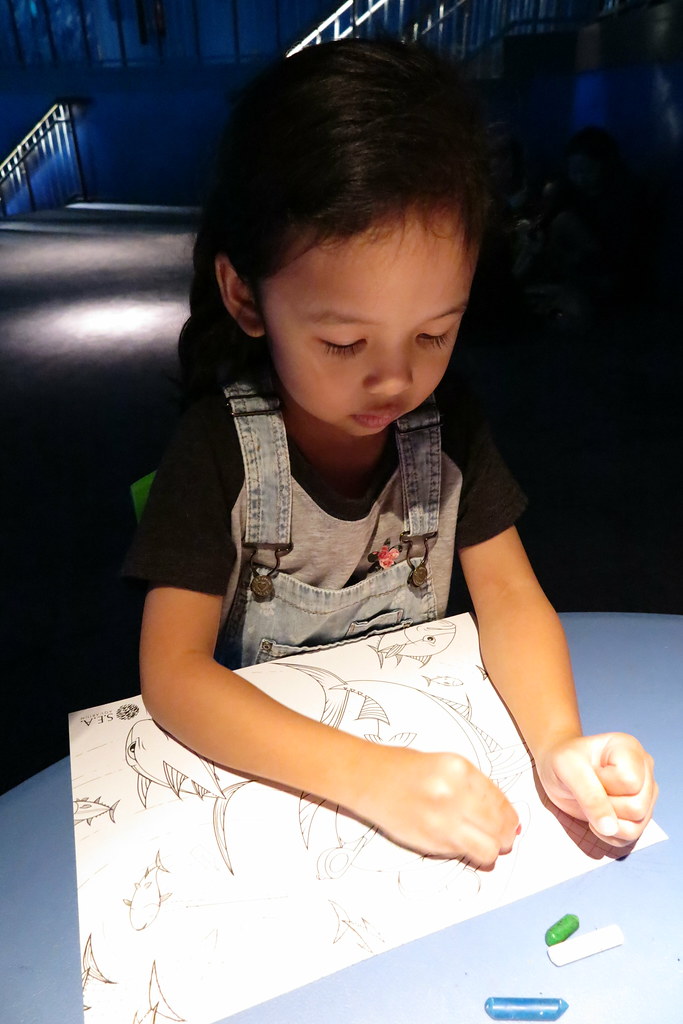 The Sea Monsters: Past and Present programme will run from now until 30 September 2015. Find out more over at their official website.