If you, like me, had been trying to order Domino's pizza for delivery to Punggol, you would have been disappointed for a long time cos Punggol has no love from them. But come September 2015, we will be able to order, pick-up or dine-in at Domino's Pizza Punggol!

Everyone in the family is thrilled and we can't wait! Ayra and Zara are both super hardcore fans of pizzas and come September, we no longer need to store frozen pizzas in our freezer. We can walk to Domino's and enjoy our favorite Cheesy Crust and their new and yumilicious Cheese Burst Crust pizzas with our favourite toppings of course. 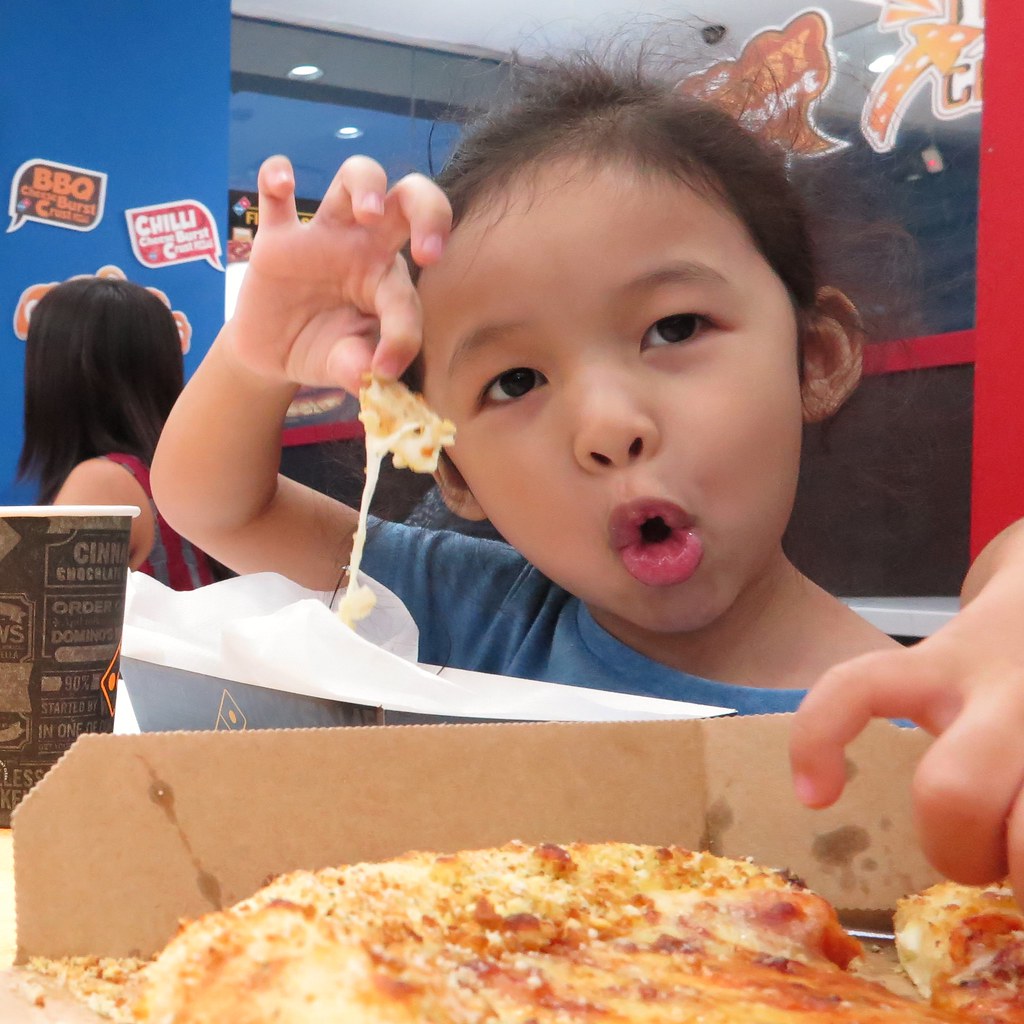 A unique twist from the most popular thin crust pizzas, Domino's launched their new Cheese Burst Crusts flavors. Comes in Chilli, BBQ and the Original Cheese Burst Crusts, now serving SEVEN different crusts which you can pick to match with your favourite pizza toppings.

Since I'm the spicy hot "mama" (as recognised by the host during the tasting), my favourite is of course the Chilli Cheese Crust topped with Chilli Chicken! Ohhhh-sooooo-gooooood! Warning though this is not for the faint-hearted. Standby a glass of water! 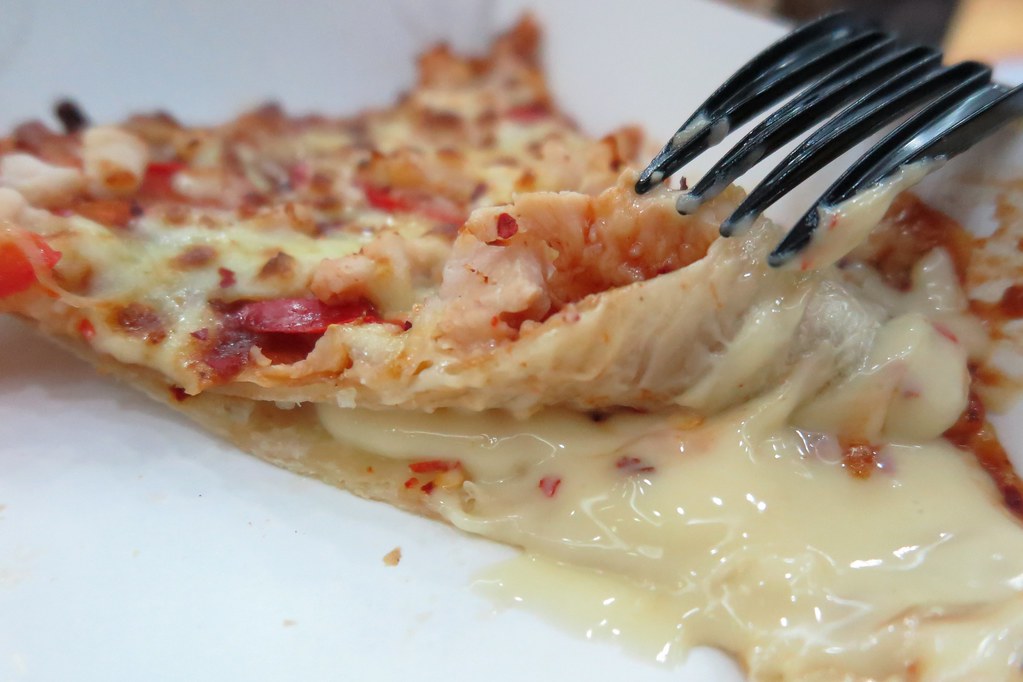 If you prefer the sweet and savoury kind, then try their BBQ or Original Cheese Burst Crust. Can't decide which toppings go with which crust? Here are some recommendations for your consideration! 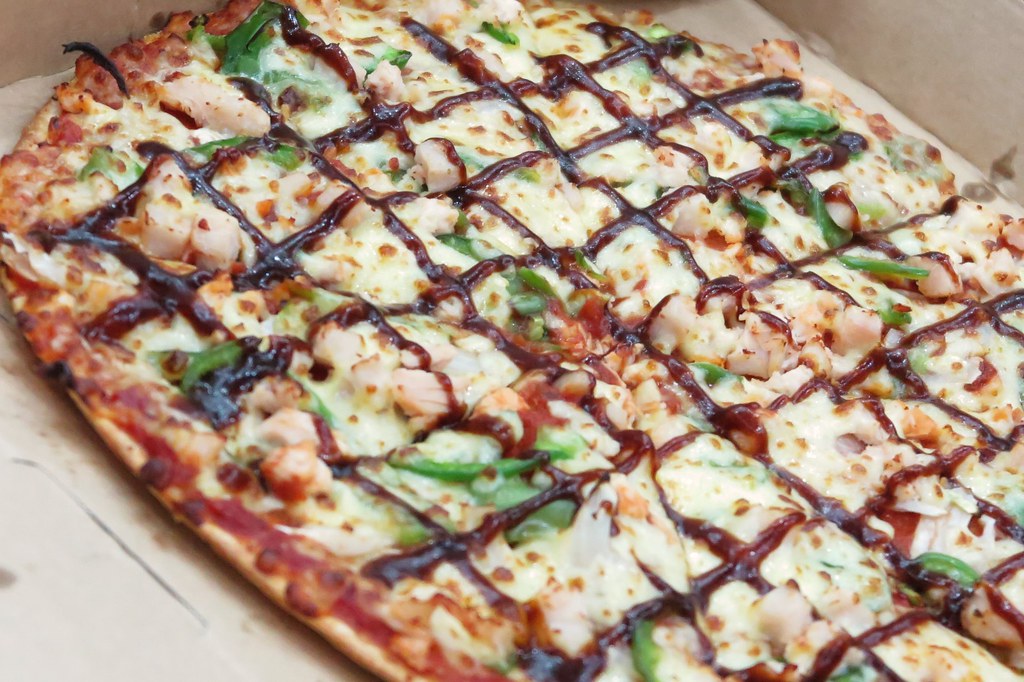 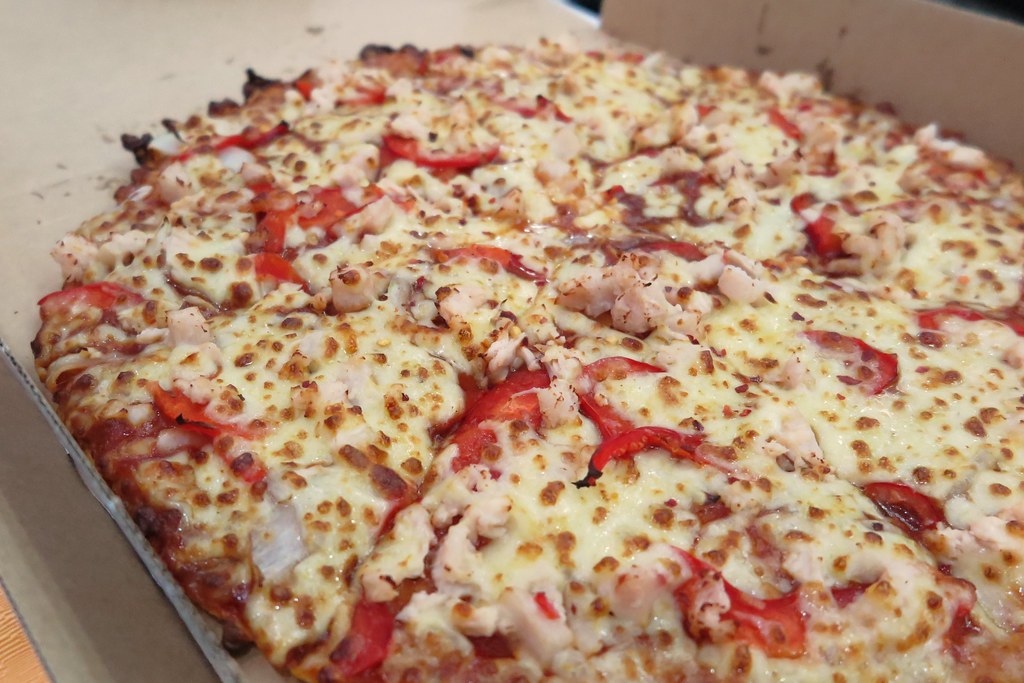 This goes well with almost everything in their menu! I tried it with their Alfredo Prawn and it was oh-so-creamy. 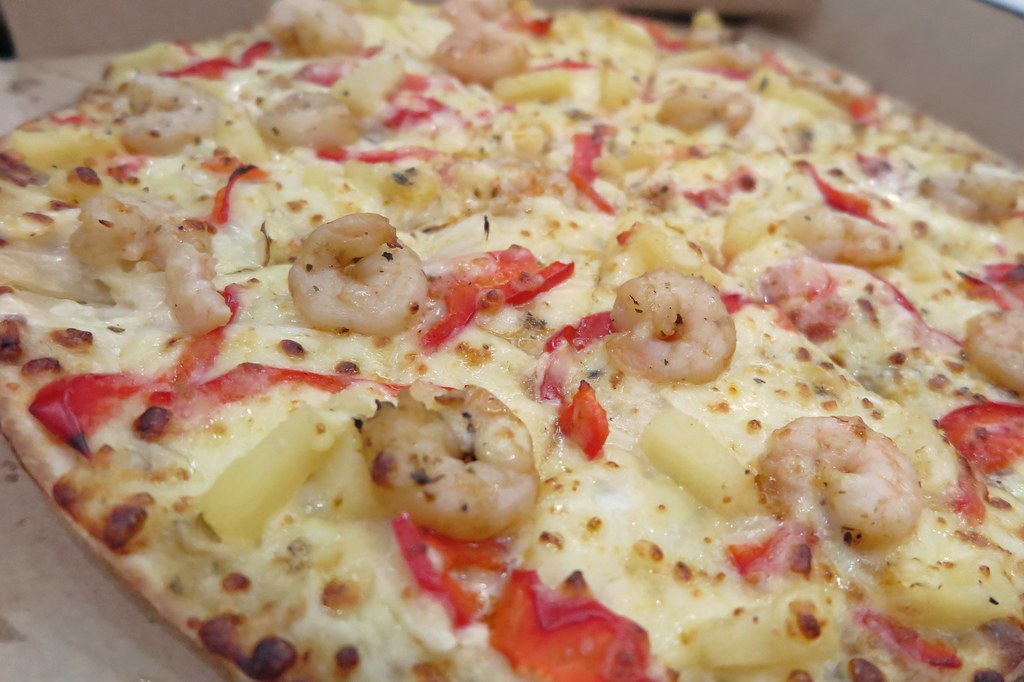 As part of the launch of these new crusts, Domino's Pizza is offering a special promotion and you get to enjoy even better value and savings with purchase of 2 pizzas. Check out their website for promotion details and place your order! I can't wait for Domino's Pizza to open in Punggol!

I'm not paid nor forced to say this, but my husband and I both agree that Domino's Pizzas are the best and freshest pizza delivery available in Singapore. With two pizza crazy daughters, we have our fair share of eating pizzas from all the big names here in Singapore, and the ones served at Domino's are hands-down the tastier and freshest! Even their meatballs and chicken drumlets tasted different. My hub commented that the tomato sauce in their Napolitana Baked Meatball was fresh and nice, he ate the entire serving on his own! I personally love their Golden Roasted Drummets.

And there's also this new dessert for kaya lovers! This my husband loves it to the max, but I personally find it a little to sweet (I'm a savoury woman)! :P 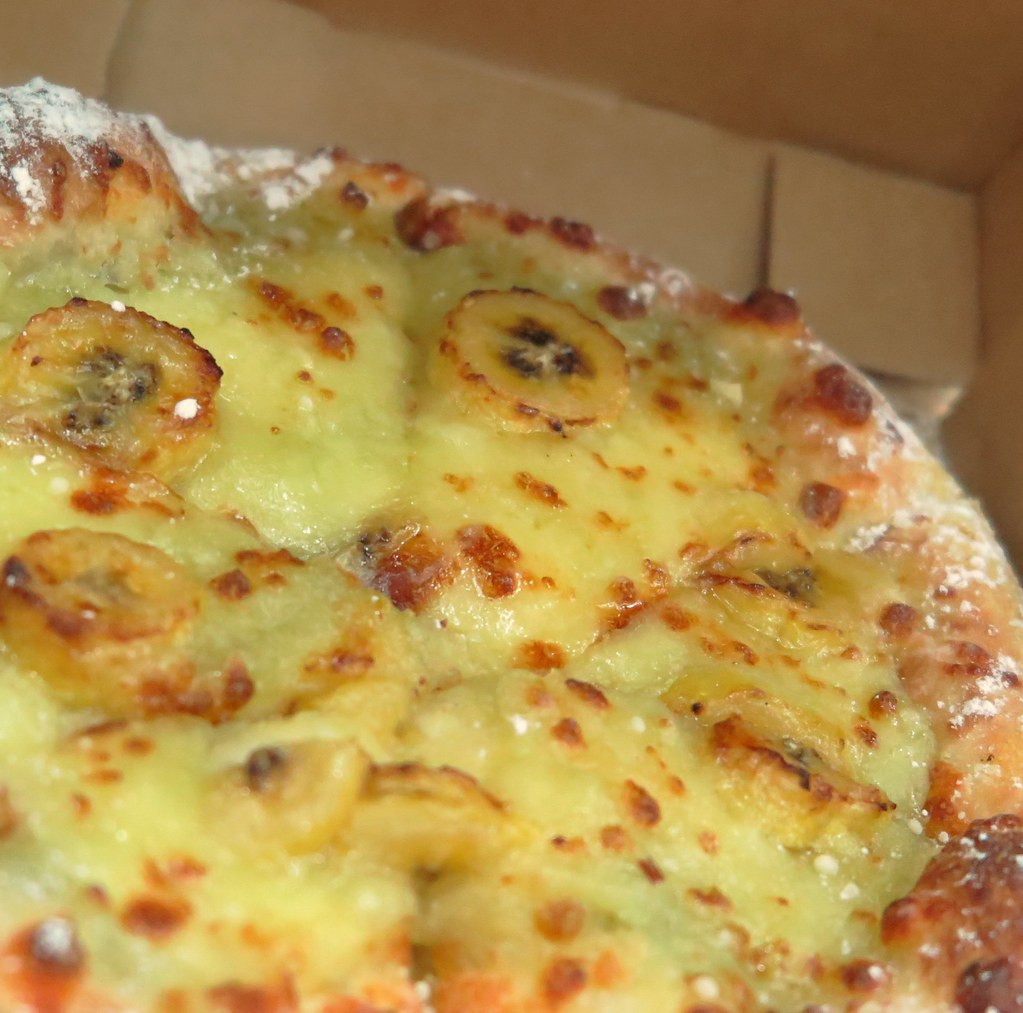 That's a whole lot of guarantee for a pizza delivery! And now I know why though there's a branch at Kovan but Domino's not delivering to Punggol. Because due to traffic they wouldn't be able to meet their 30 minute delivery guarantee! Now you know. So with their new outlet opening in Punggol soon, we the people of Punggol can finally enjoy freshly baked pizzas from Domino's Pizza Singapore! 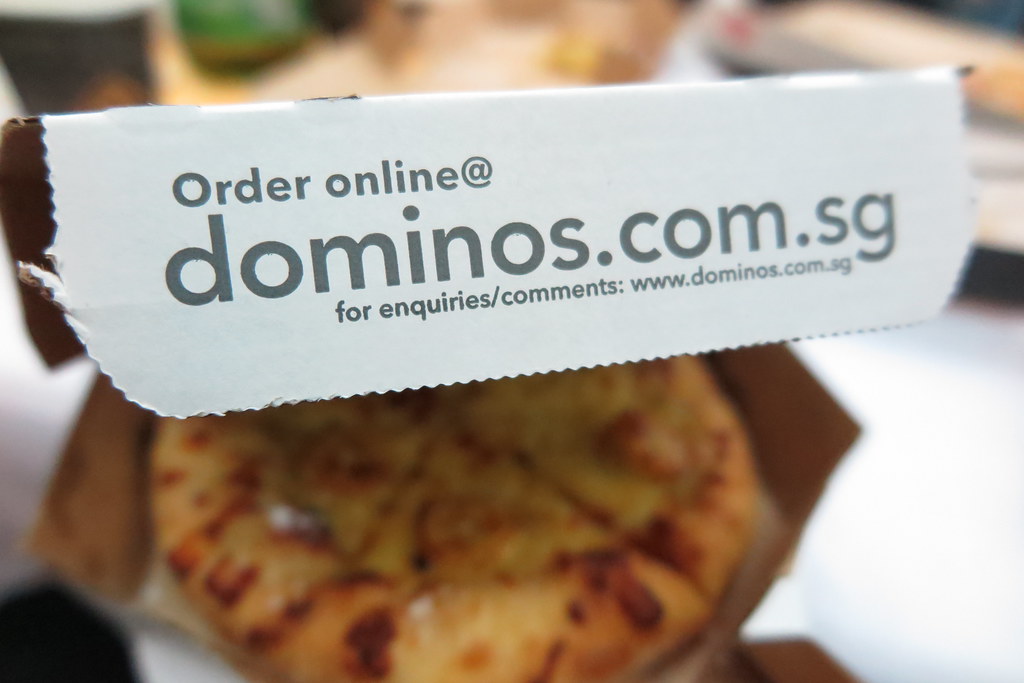 Get your pizza craving satisfied with Domino's today![/caption]

Check out this trailer I compiled for #FoodieMigup at #DominosSG!

Because we received some pizza vouchers from the media event, we want to share them with you! Two readers will each receive a Regular Domino's Pizza Voucher valid till October 2015. Complete the following steps in the contest widget below to win. Giveaway ends 13 September 2015 and winners will be contacted via email.