Meet Spongebob, Patrick Star, Squidward and Plakton at City Square Mall Before They Get Washed Away

Who lives in a pineapple under the sea? Spongebob SquarePants of course! He and his friends are here in Singapore and you must go catch them live on stage before the pack up and return under the sea.

From now till 20 December 2015, catch SpongeBob SquarePants Krabby Patty Celebration 'Live' On Stage at City Square Mall Level 1 Atrium. Show time at 2pm and 7pm from Tuesday to Friday, and 1pm, 4pm and 7pm for Saturday and Sunday. No shows on Monday ok! 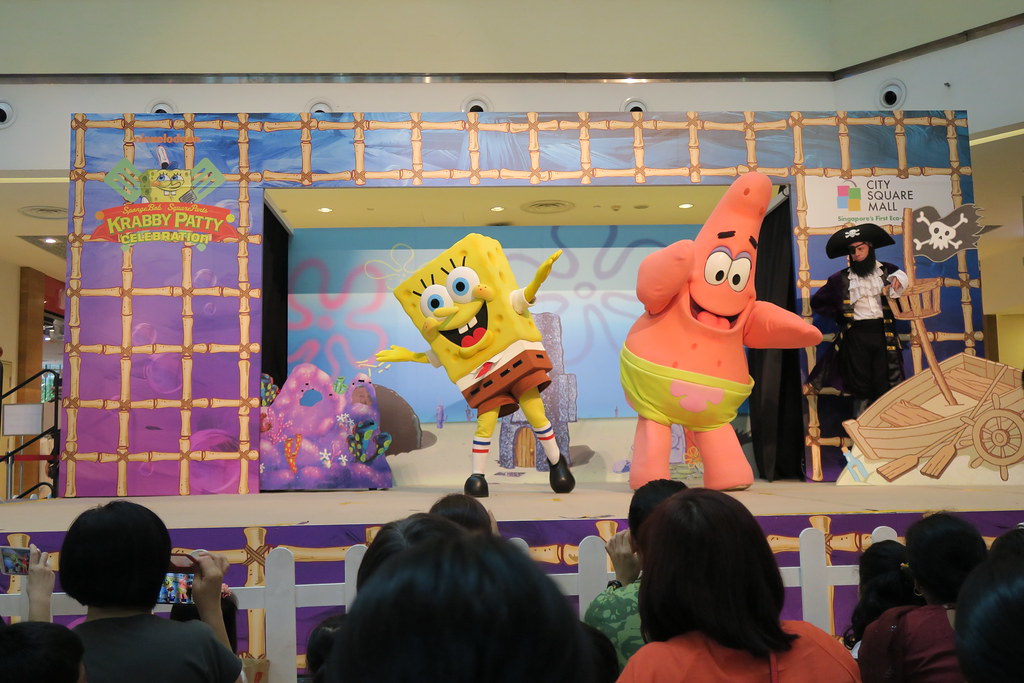 The 15 to 20 minutes performance tells the story of a special day for SpongeBob and friends as they celebrate the best sandwich in Bikini Bottom - the Krabby Patty! The adventure sets sail as SpongeBob prepared to celebrate the Krabby Patty and everyone is invited to the party. Expect loads of sea-antics and even learn to do the Krabby Patty Dance moves from SpongeBob himself! For super fans of SpongeBob and friends, you can get a Meet & Greet pass to go on stage after the show to take photos with the characters with minimum of $50 spent. Remember to exchange your pass one hour prior to each show. Limited to just 50 passes per show.

After the grooving with SpongeBob and friends, head outdoor to SpongeBob Playland at Level 1 City Green Park. We missed checking out the playland when we were there as it was raining! We will be back soon to snap lots of photos and partake in the activities at SpongeBob Playland. You can exchange for an activity pass at the Level 2 Customer Service Counter with minimum spend of $30. Activities are suitable for children age 3 and above, though I'm sure Zara would still be thrilled to play the mini-games, jump in the SpongeBob's Super Bouncer and snap lots of funny photos in the Pineapple House. Check out these cool giant structure over at Alvinology feature of the SpongeBob Playland.

Here are some shots taken during the stage show with SpongeBob SquarePants and friends. 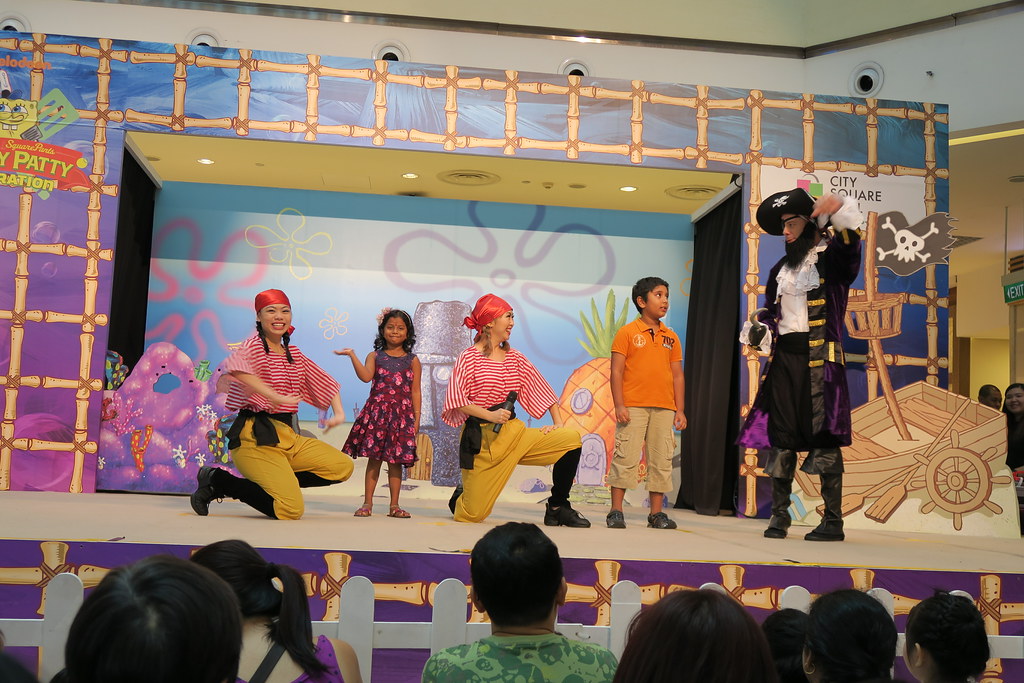 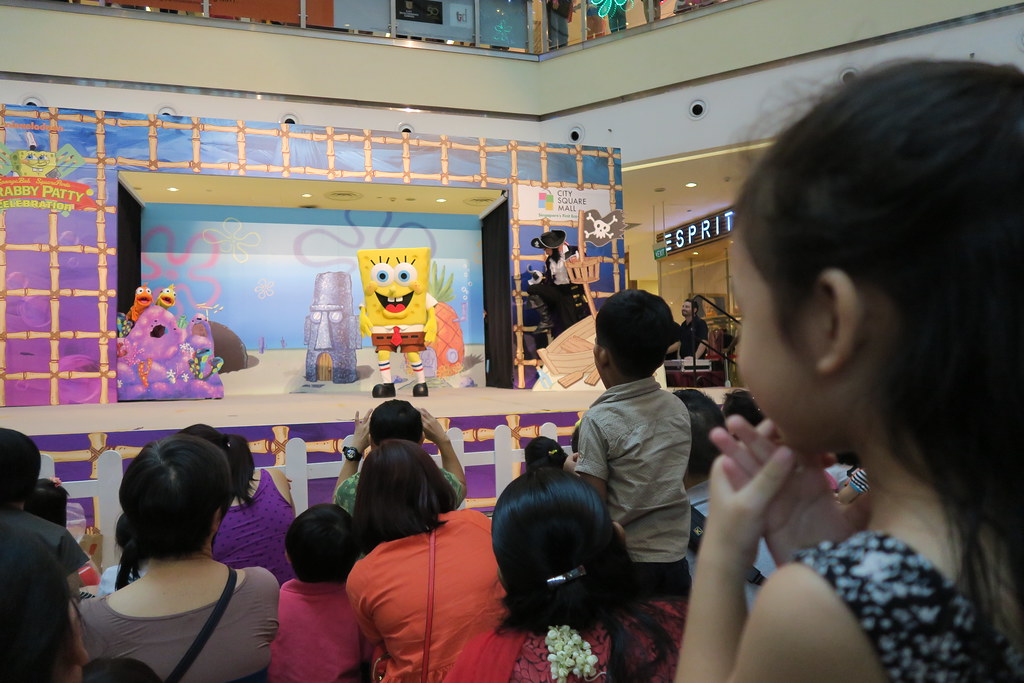 Ayra was delighted to see SpongeBob come on stage. The girls were introduced to these underwater creators by their Ayah who's a big fan of the silly Patrick Star.[/caption] 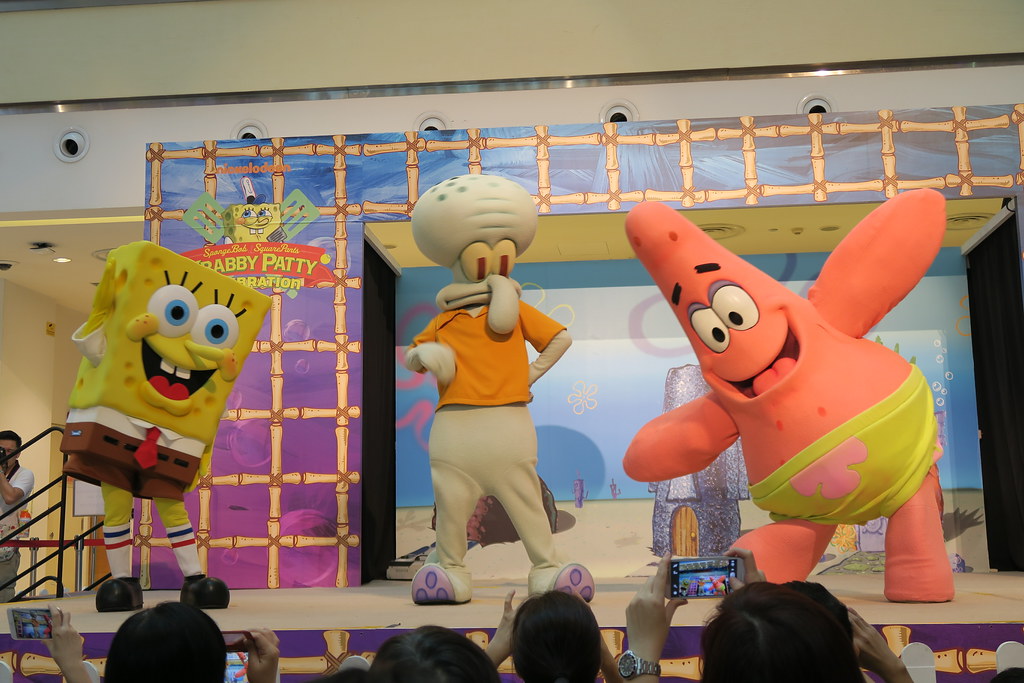 The funny trio dancing and spinning around the stage.[/caption] 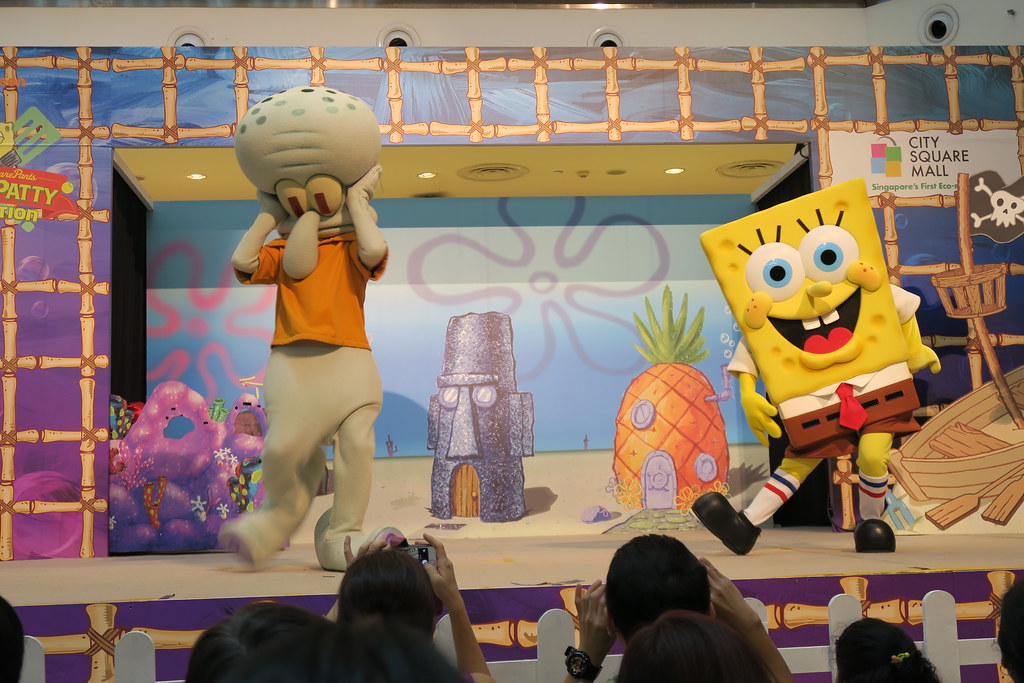 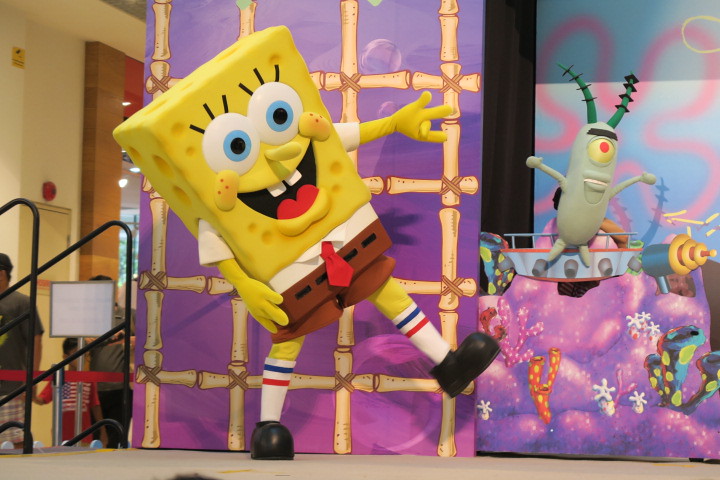 Spot Plankton as he pops in and out of the stage doing his evil things throughout the performance.[/caption] 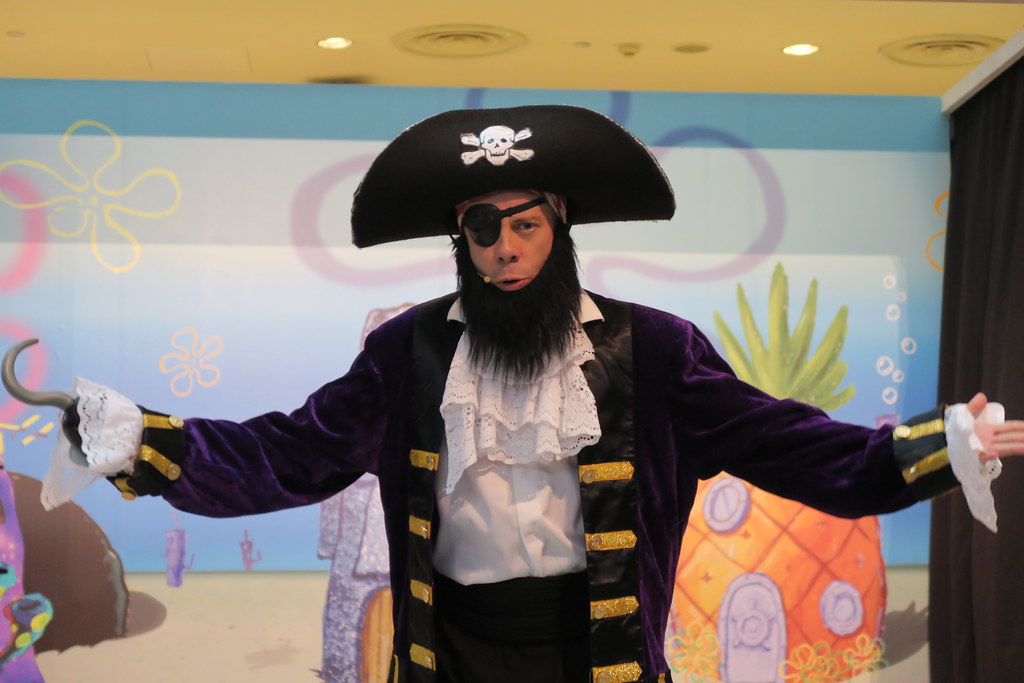 And there's the captain who tells the story. I feel he should speak up a little more, I could hardly make out what he was saying in his soft pirate voice.[/caption]

"Don't miss the show ok! Must catch them at least once while you still can!"

Imagine Zara saying that in her pose. 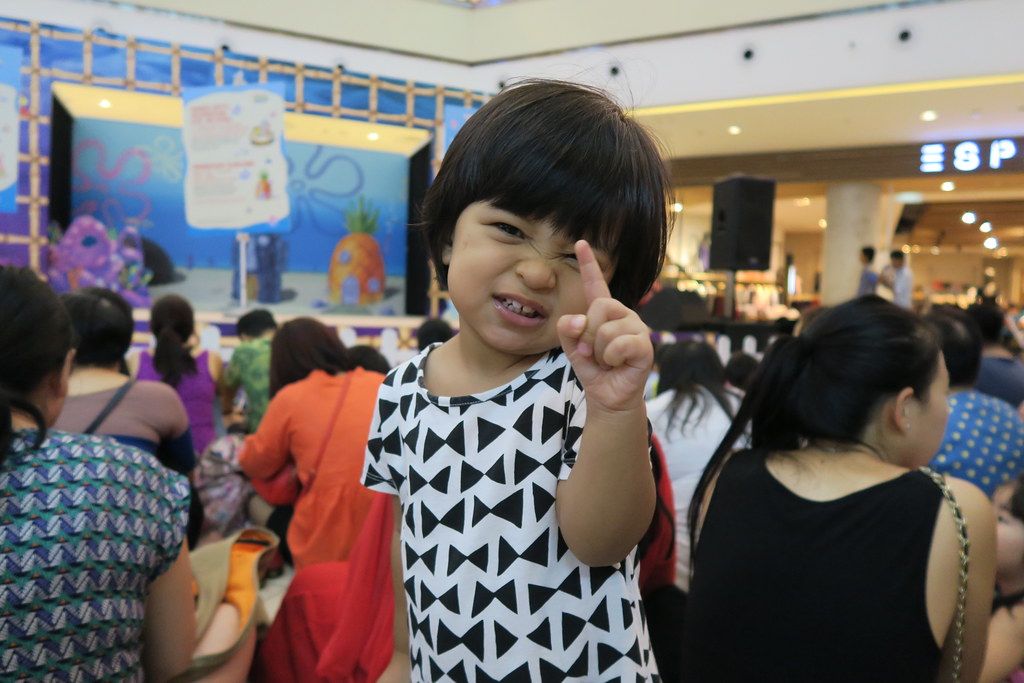