Every year during this period I tend to become a little lazy at work and want to do something new around the house. It has been awhile since I did some home improvement and since there's the Christmas party with family coming, and the Chinese New Year shortly after, I decided to do some "magic" around our living room.

We live in a 5-room HDB and is kinda huge in the standard HDB context these days. Our living room and dining area are one massive open space in a regular rectangular shape which makes it rather easy to shift things around and create our space. I love to create cosy space while the husband prefers to keep it minimum and clean. With just the four of us living in this space, we kept things to the minimum. 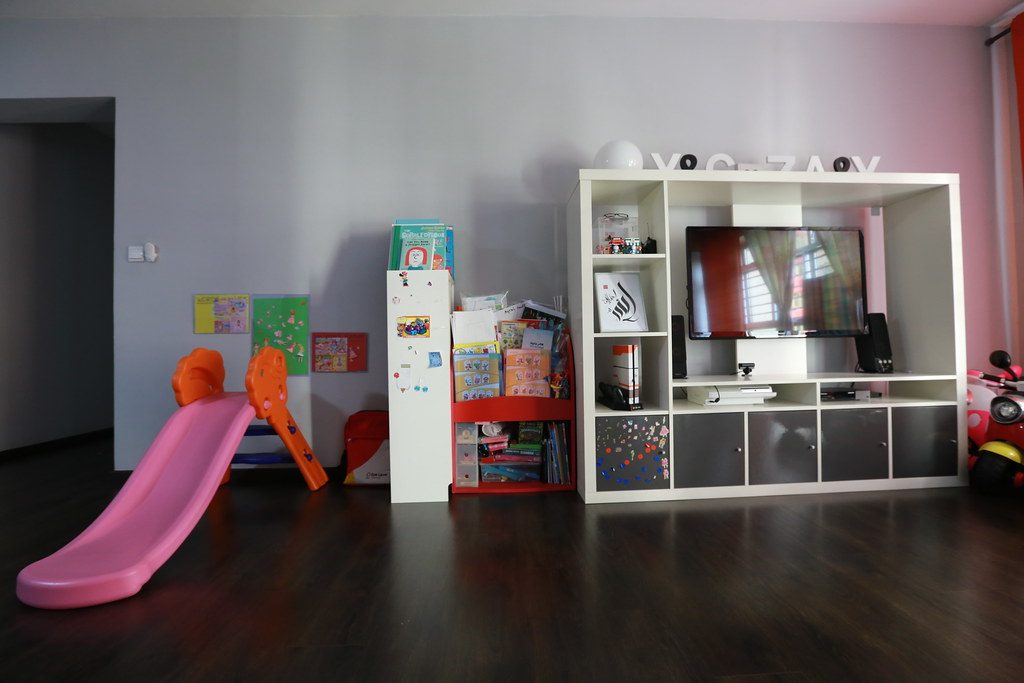 BEFORE: Quite a messy sight[/caption]

This space is used mainly for the following:


Before, we bought one and then another shelf for the girls' collection of books and activities. Eventually, these two shelves were overloaded and had papers, books and what not spilling out. We needed more storage space. 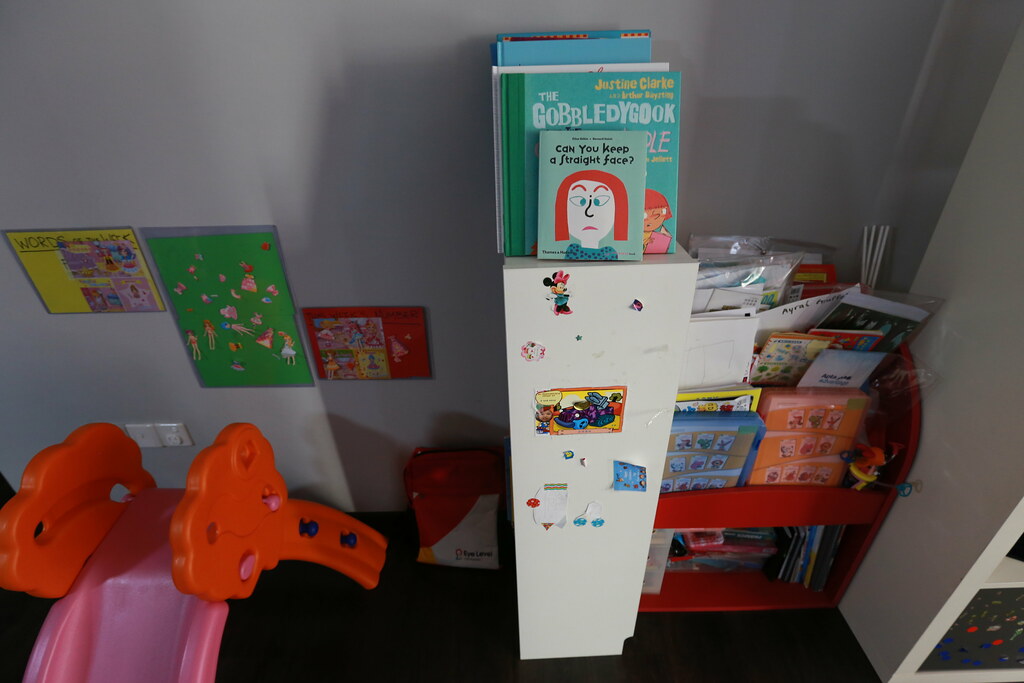 BEFORE: Our overloaded book shelves[/caption]

When we first moved into our house, we had a huge comfy sofa and lounger from IKEA, but we removed it after 5 years as we felt it was taking up too much space. Then we got two NOLMYRA Easy chairs that we can move around easily. But then we realized family members had to sit at the dining table or on the floor when they visit as there were not enough seats in the living room. We needed more seats. 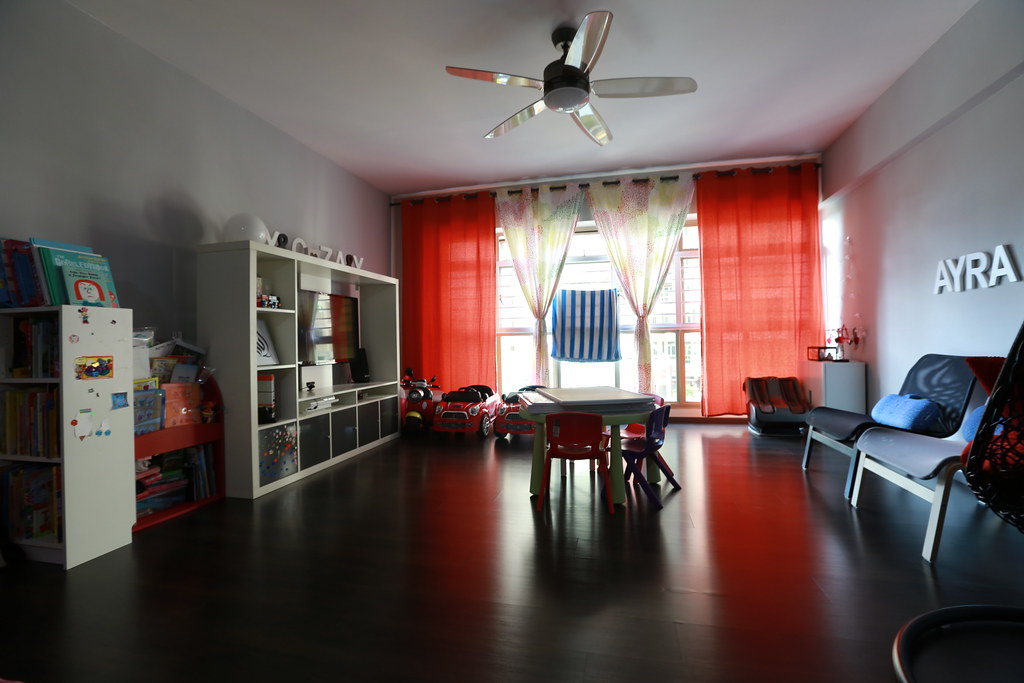 BEFORE: Limited seating chairs for guests[/caption]

We have also been considering getting a coffee table or a side table for the living room because when the girls are doing their activities on their round table, there'll be no table space for us to put our cup of drinks or stuff when we are spending time together in the evenings. End up the adults will be seated at the dining table with our drinks or evening snacks while the girls do their stuff at the other side of the room. Though we were still in the same room, but it felt a little distant. We needed table closer to the kids.

With the three needs in mind, we planned our new living room for the new year. And I'm happy with it because it's now more functional, meets our needs and there is a lot more storage space! Our girls are thrilled too! "Mummy it's so colourful! I love it!" said Zara when she came back from her gramps after we got the living room transformed. 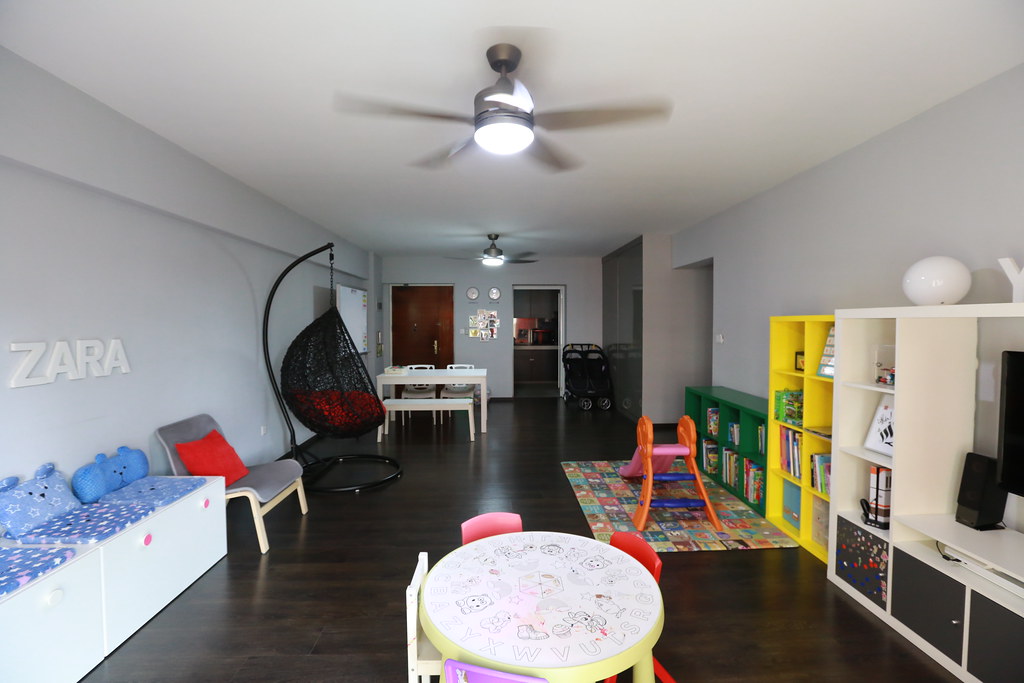 AFTER: More of everything we needed![/caption]

For the books and stuff, we removed the two small shelves we had and replaced them with two KALLAX Shelving units in green and yellow. With the additional shelf space, I spread the books out and grouped them by type and level. The girls suddenly realized they had lots of books to read and rediscovered the many stories they didn't know they had! As there are many loose sheets of papers and thin magazines, stickers and activity books, I kept them hidden from sight with FJÄLLA Magazine files; creating a neater look for the shelves. 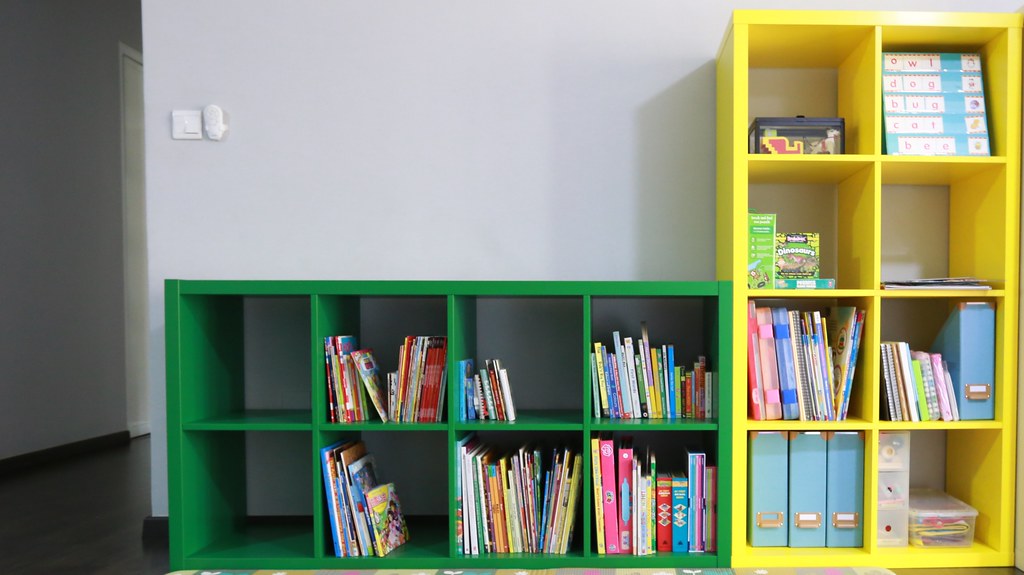 AFTER: More storage space for the whole family[/caption]

On the other side of the room, I added more storage space, more seats and even table space with just two sets of STUVA / FÖLJA Storage benches! I am super proud of myself when I put this corner together because it is multi-functional and yet so simple. We love this new corner! 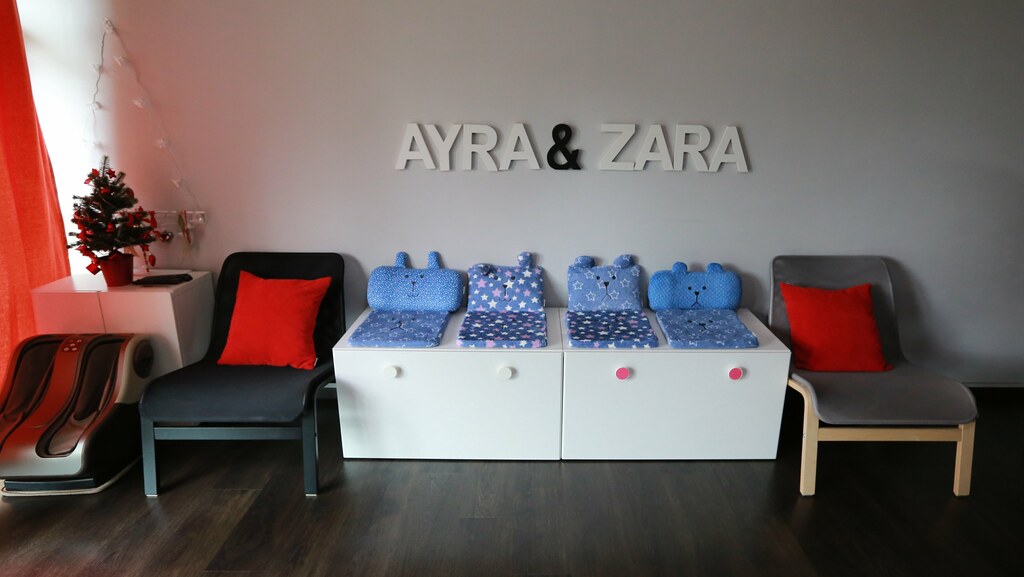 Now the girls can use this side of the space for reading, more space for them to do their activities and they get to just dump their commonly played toys into the drawers instead of moving them in and out of their playroom. 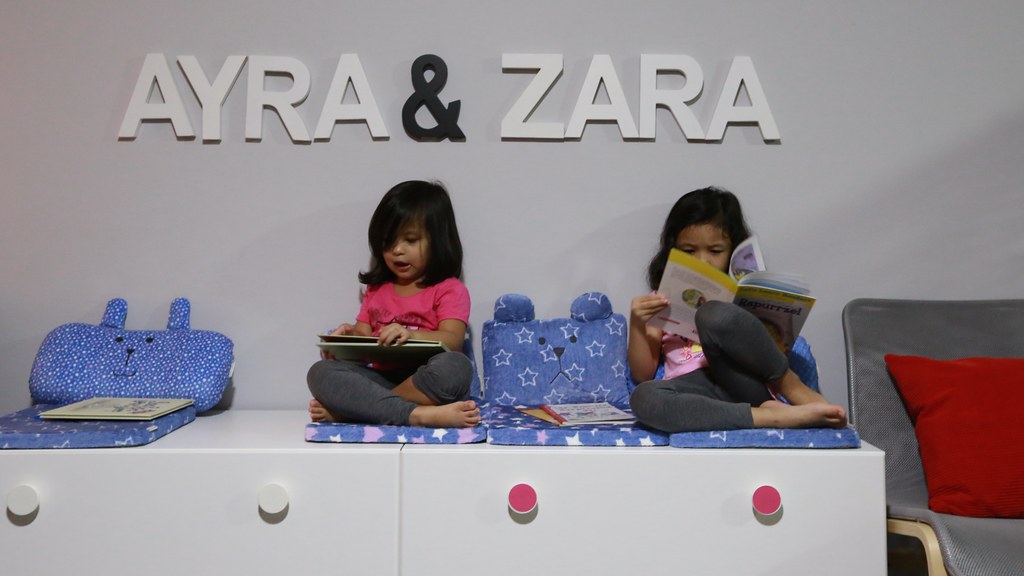 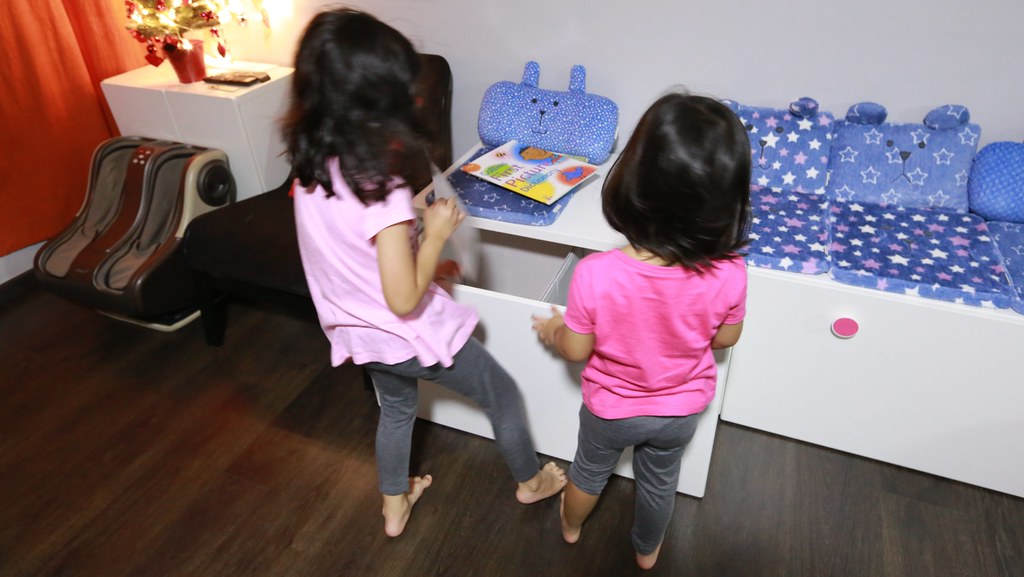 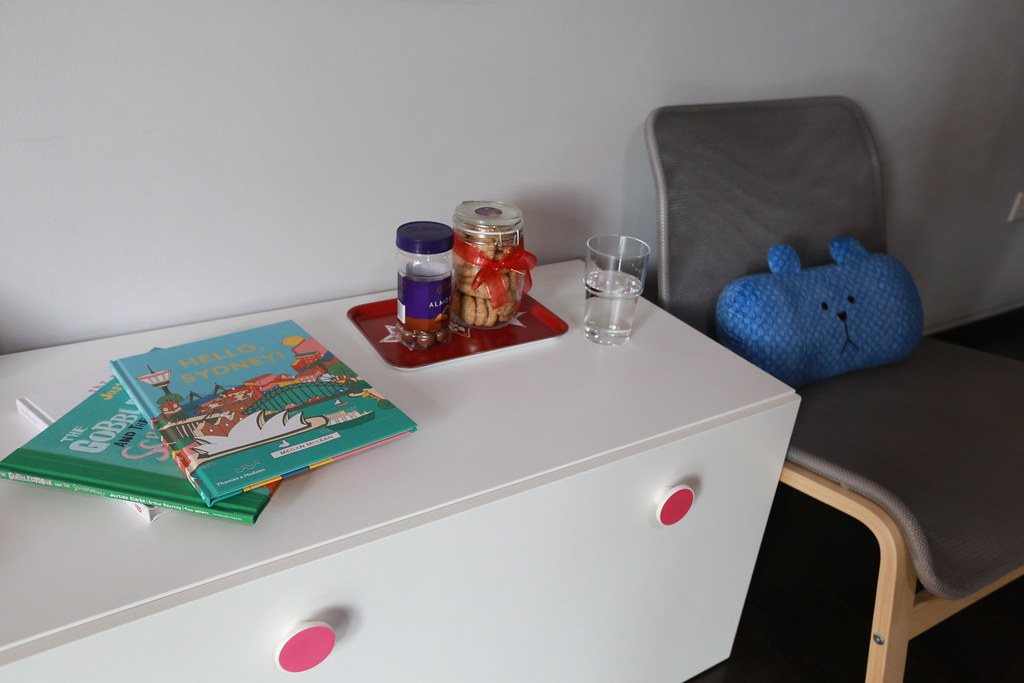 AFTER: Hide those cushion seats into the drawers and we've got tables for snacks and stuff![/caption] 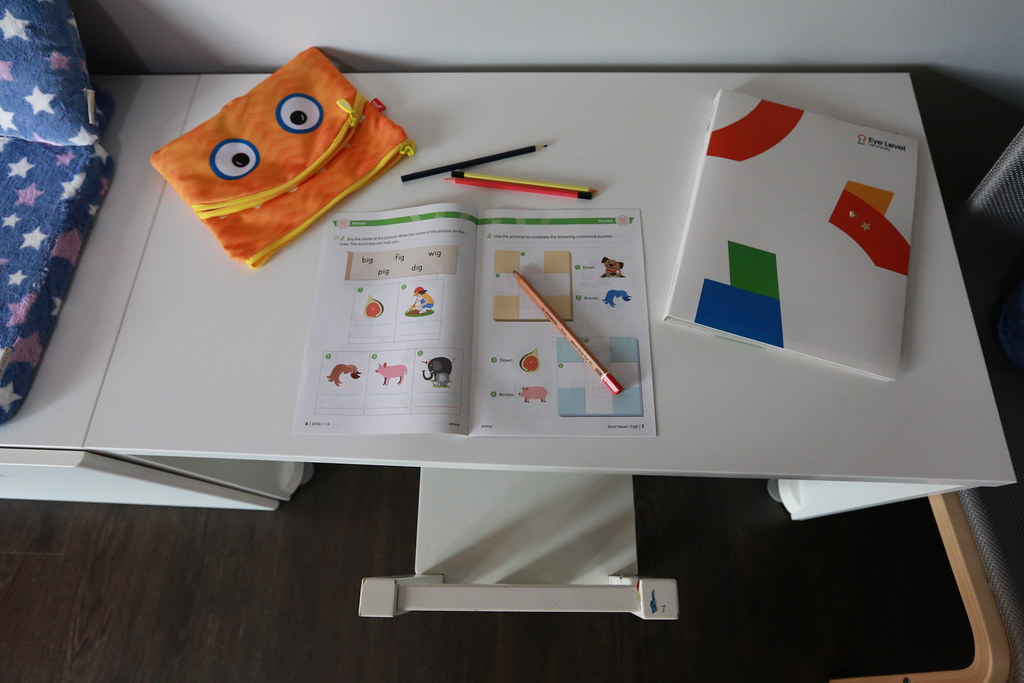 AFTER: Remove the storage unit and put in a chair, and we've got another space for activities![/caption]

We are now set and ready for more family time in our living space! Well at least the living room is ready.

One room down and three more to go. And this was the easiest space to improve on, the other rooms are in such crazy mess I don't event know where to start! More spring cleaning and decluttering to be done soon! How are you preparing for the new year?

This post is brought to you in collaboration with IKEA Singapore.