Fun Day Out with Singtel Cast app and Nickelodeon Play

Our girls are forever glued to the screens when they are at home, travelling in the car or during meal time. When the day came for them to discover a new entertainment app at KidZania, they were both too eager to check it out.

It was a fun day out with Singtel Cast app and Nickelodeon Play app, both unfamiliar to both our girls and also to the mum. Because sadly we aren't Singtel users and the app is only available for Singtel customers. Nevertheless, we got some hands-on time with the apps at the event held in November. (Yes this is one of those super overdue posts lah! #needmoretime)

When it comes to apps, Ayra and Zara need no instructions nor introduction, just download the app on our devices and they automatically know how to use them. This applies to ALL and ANY apps we've downloaded for them so far. They also have a way of knowing EXACTLY which apps they can tap to open and which are the ones that belong to Mummy and Ayah! #stunned 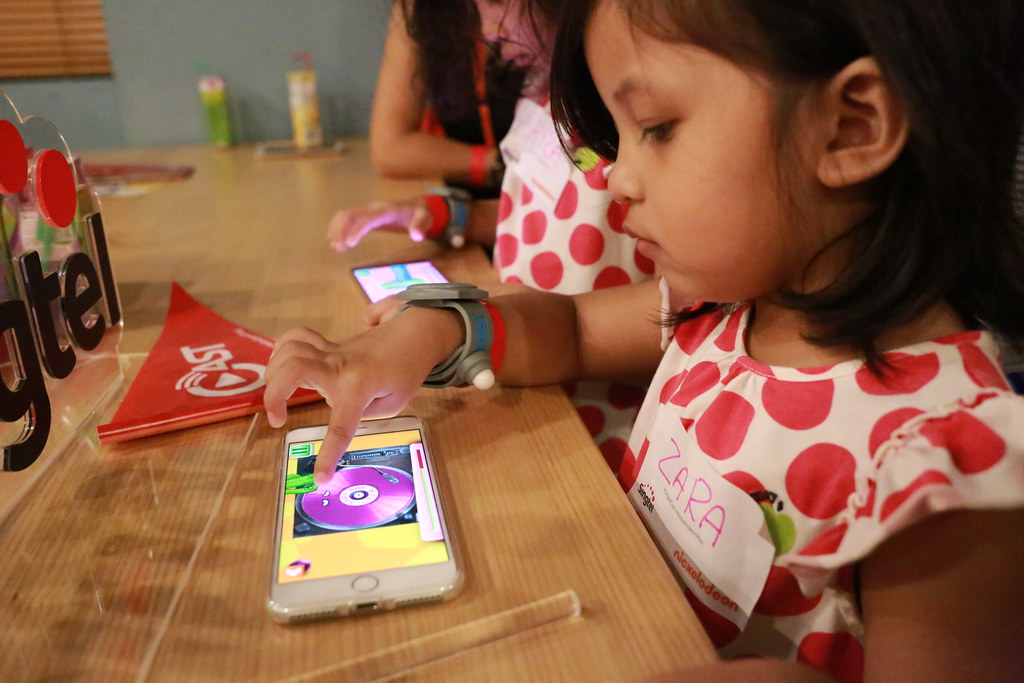 The girls were entertaining themselves with the Nickelodeon app while Mummy learned more about what Cast has to offer. 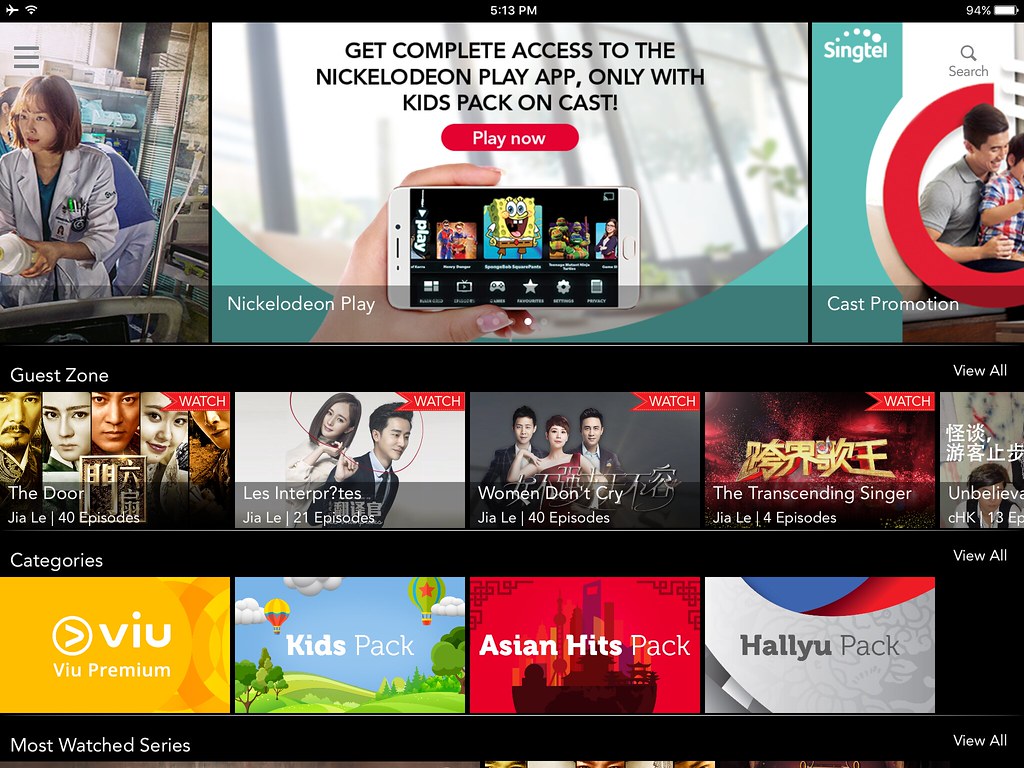 Viu Premium service – Offers the widest range of the latest Korean drama and variety shows such as Entourage, Jealousy Incarnate and Love in the Moonlight. Viu Premium subscribers can enjoy privileges such as unlimited download, priority viewing with English and Chinese subtitles as fast as eight hours after original telecast, full HD and uninterrupted viewing2 on the Viu app. 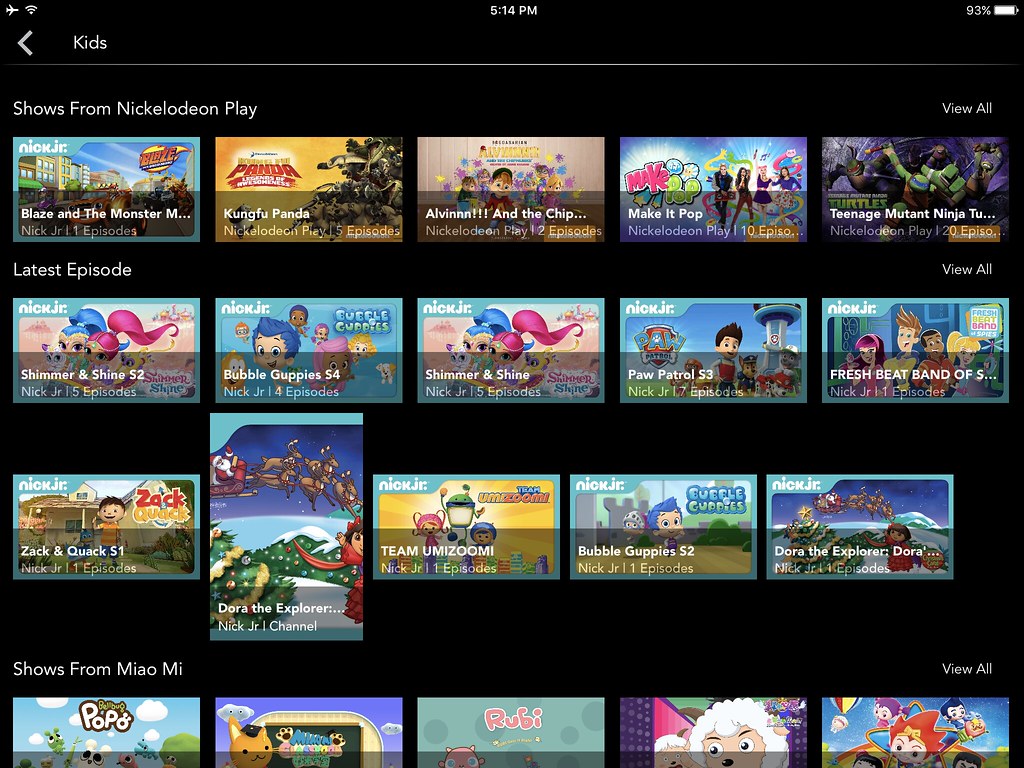 Kids Pack – Features the Nickelodeon and Nick Jr. channels along with popular programmes such as SpongeBob SquarePants, PAW Patrol, Shimmer & Shine, and more. The Kids Pack on CAST is also the only place to get access to the full range of games and shows on the all-new, Emmy award-winning, Nickelodeon Play app.

Asian Hits Pack – Features up to 1,000 hours of popular hit movies, entertainment and drama series from Singapore, Taiwan, Hong Kong and China in their original languages, including variety shows Are You Hokkien?, The Voice of Taiwan, Chef Nic and hit drama series Diamond Lover, Taste of Love, and The Legend of S.

Hallyu Pack – Offers the best of Korean entertainment from top Korean broadcasters on popular channels ONE, Oh!K and KBS World such as highly-anticipated drama series within 24 hours of Korean telecast and all-time variety show favourites like Infinite Challenge.

Kids Can't Get Hands Off the Nickelodeon Play App 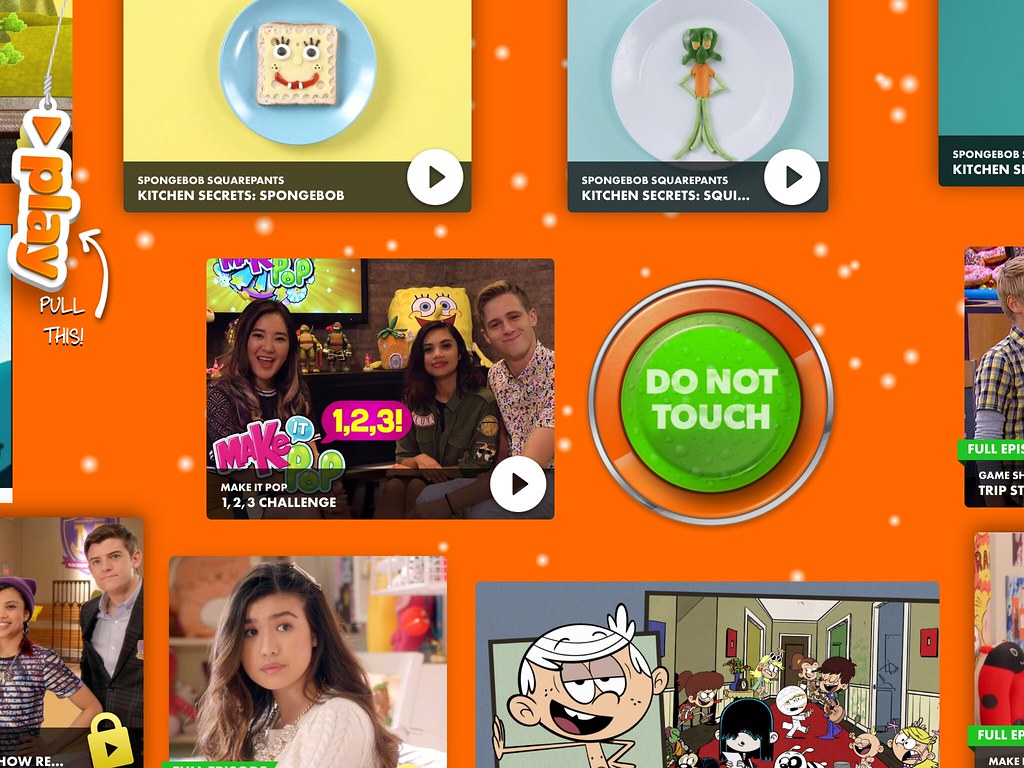 With a grid designed like that, the little ones will be begging to get the Kids Pack to unlock everything on it so they can keep scrolling up, down, left, right and click on any of the videos and games in the Nickelodeon Play app. This app is probably the must have for die-hard fans of Nickelodeon.

At the fun day out, we also got a special session with Nickelodeon's favourite duo, Spongebob and Patrick! The girls (and their Ayah) were super excited to see their favourite characters on stage. 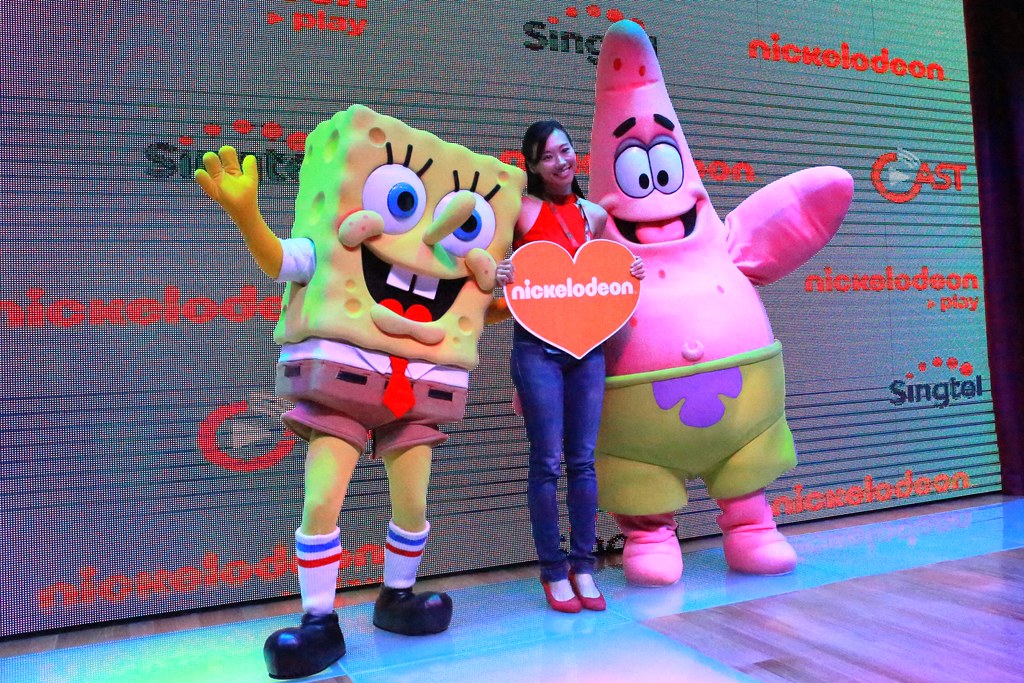 What a fun-filled and exciting morning with Singtel and Nickelodeon! Thanks for including us in this special session. Ayra and Zara had fun.

If you would like to find out more about the app, visit www.cast.sg.