Someone, I can't recall who, planted an idea in my head - "Travel solo with your girl one day, it'll be fun!" And it got stuck in my mind so I told myself this will have to happen when my girl is in their K2 year, before they start their six years in primary school.

Ayra is starting primary school next year, so I flew us both (just Ayra and me) to Sydney in June because she wanted to experience winter (though she really wished to see real snow, oh well...) and it was Vivid Sydney festival too, which was really an excellent period to visit! Another reason why I picked Sydney is also because I was just there last December and still have very good navigation memory of the city, and I know where and what we can go or do together. 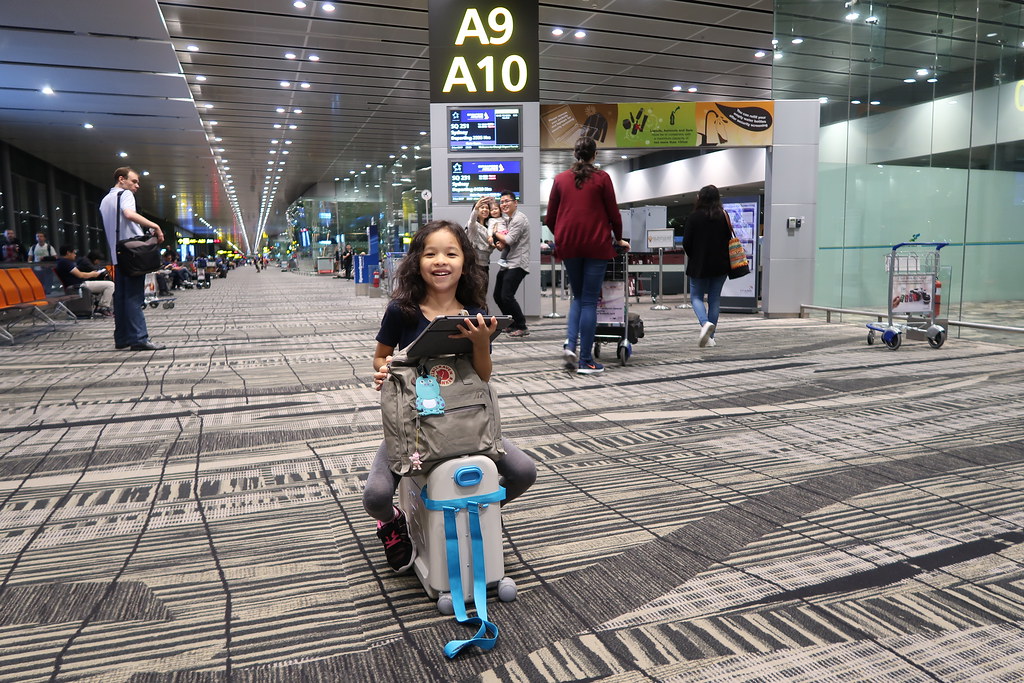 I tried to be as prepared as I could for this trip and ensure that Ayra is comfortable, safe and happy. Flying for the first time on a long haul redeye flight, we brought along the JetKid BedBox, packed in as much as I could with activities and things for the girl. The BedBox was super handy while we zoom across the airport with Ayra seated on it. The ride was smooth and it pulling it around was a breeze.

After our redeye flight, we took a taxi to our hotel - Fraser Suites Sydney. Both of us were super jet lag and were hoping to get some rest in our room before we take off for our first day of adventure around Sydney. However the room wasn't ready for us when we arrived (5 hours before the hotel check-in time) so we took a quick shower at the hotel gym, checked in our luggage and off we went on foot to explore places near our hotel. The weather was chill and windy! We loved it! 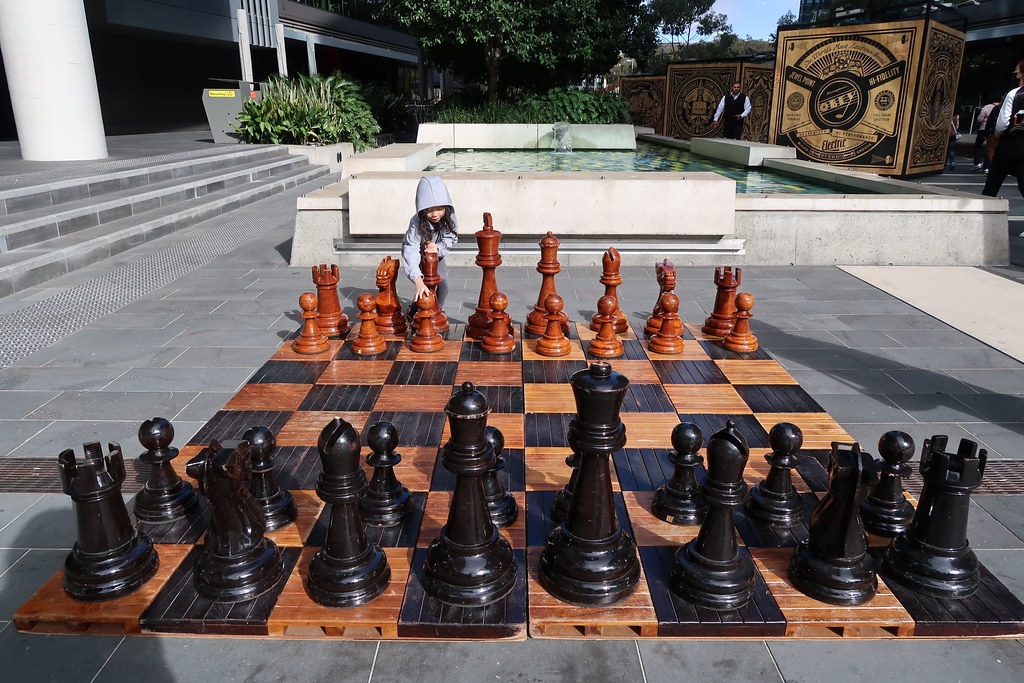 Our hotel is just minutes walk to Darling Harbour, we spotted a huge playground which Ayra enjoyed throughout our stay! She kept asking me to bring her there EVERYDAY! Playing outdoor is so much more fun due to the nice cool weather in winter. 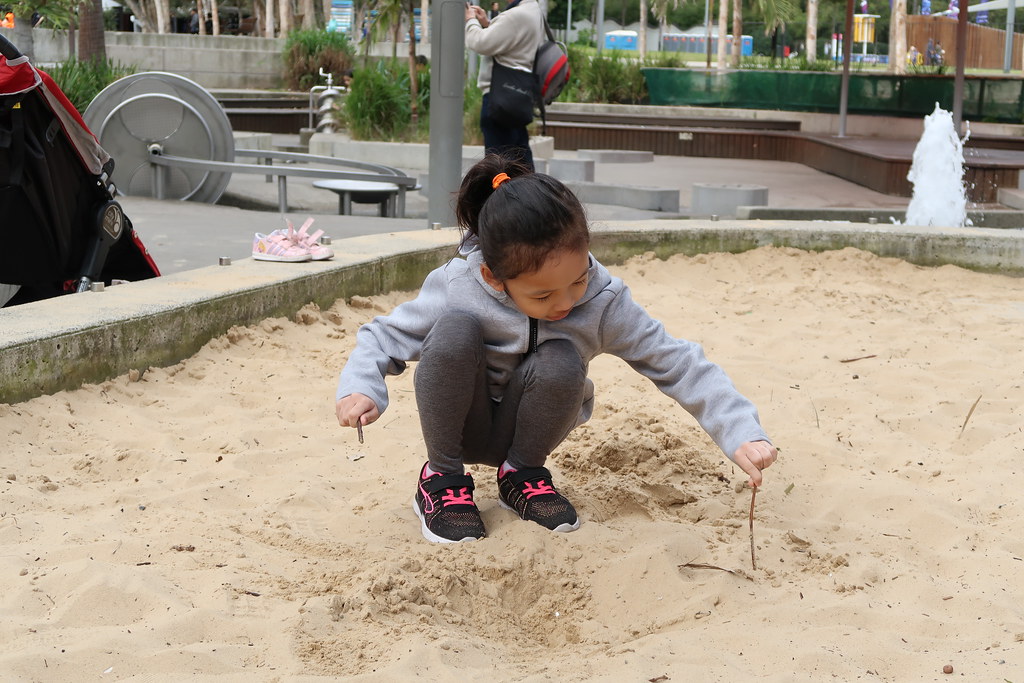 After our McDonald's lunch near the playground, we continued our walk towards the harbour. Taking in the sights, sound and super cool breeze by the harbour. It did make me rather sleepy though since I couldn't get much sleep in the plane.

At the other end of the harbour, we spotted some cool ships and Ayra wanted to check them out. An unplanned trip to the Maritime Museums it was and I'm glad we did that. We got to check out the ship and Ayra enjoyed going up and down the navy ship and the Australian-built replica of James Cook's HMB Endeavour. Find out more about the museum here. 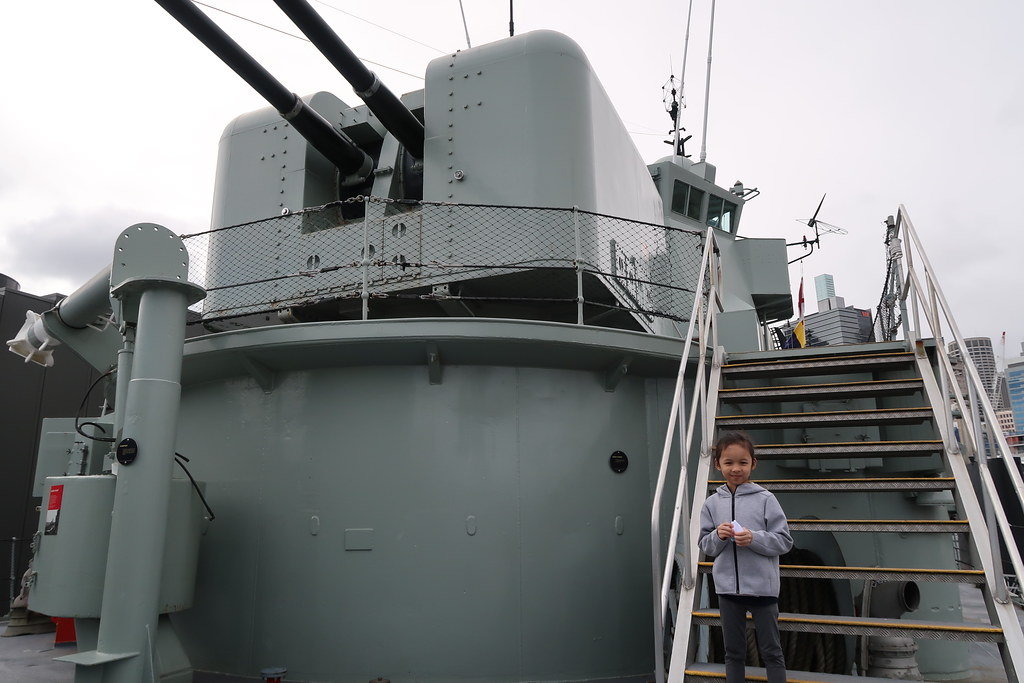 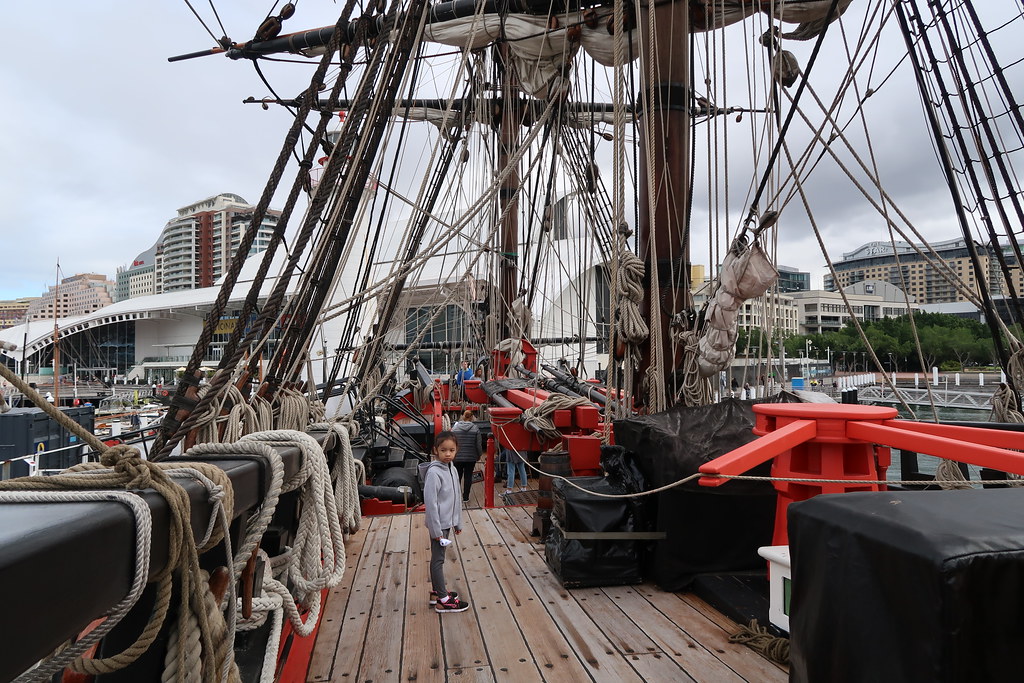 She's not as keen to stay onboard the Australian-built replica of James Cook's HMB Endeavour because she could feel it swaying with the waves.[/caption]

One of things we both enjoyed is the many different buskers spotted around Sydney during our trip. Not sure if they appear only during Vivid season or busk weekly over the weekend. Here's the first we saw while walking back to our hotel after the museum. We both enjoyed the show - the busker was very comical and interacts very well with his audience. Awesome juggling too! 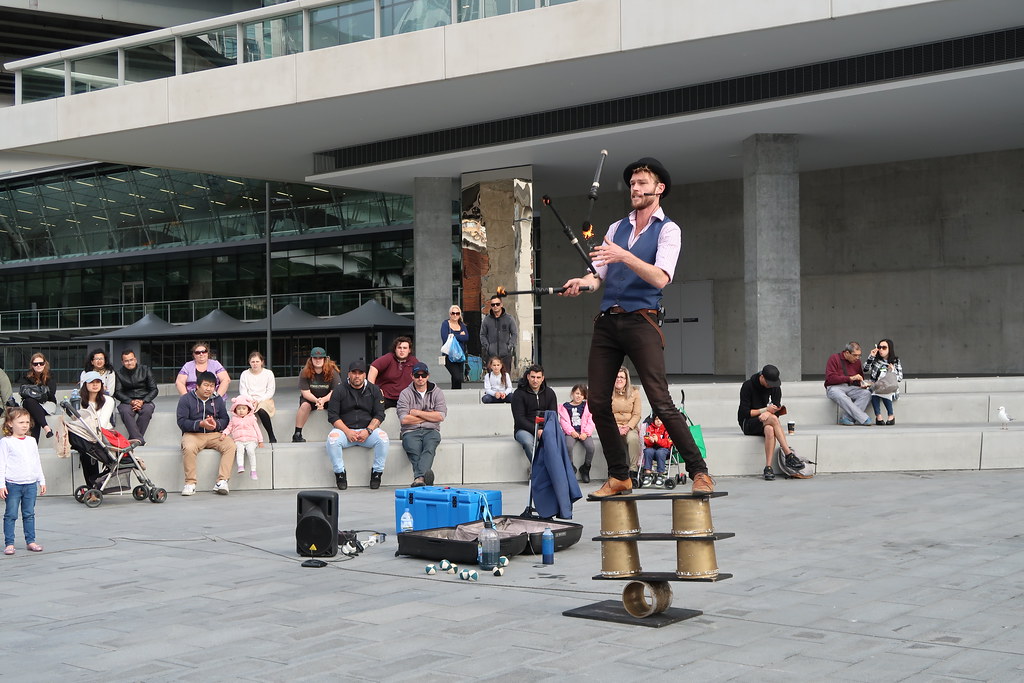 As we stepped out from our hotel after some rest, hoping to find a nice place for dinner, drizzles greeted us and we couldn't get anywhere without getting wet. It was Sunday night so every dining place near our hotel were packed! Just as we gave up our search for food, the smell of cheese greeted us as we discovered Uncle Tetsu's Triple Bake Shop. We joined the queue, bought some tarts and Angel Hat. 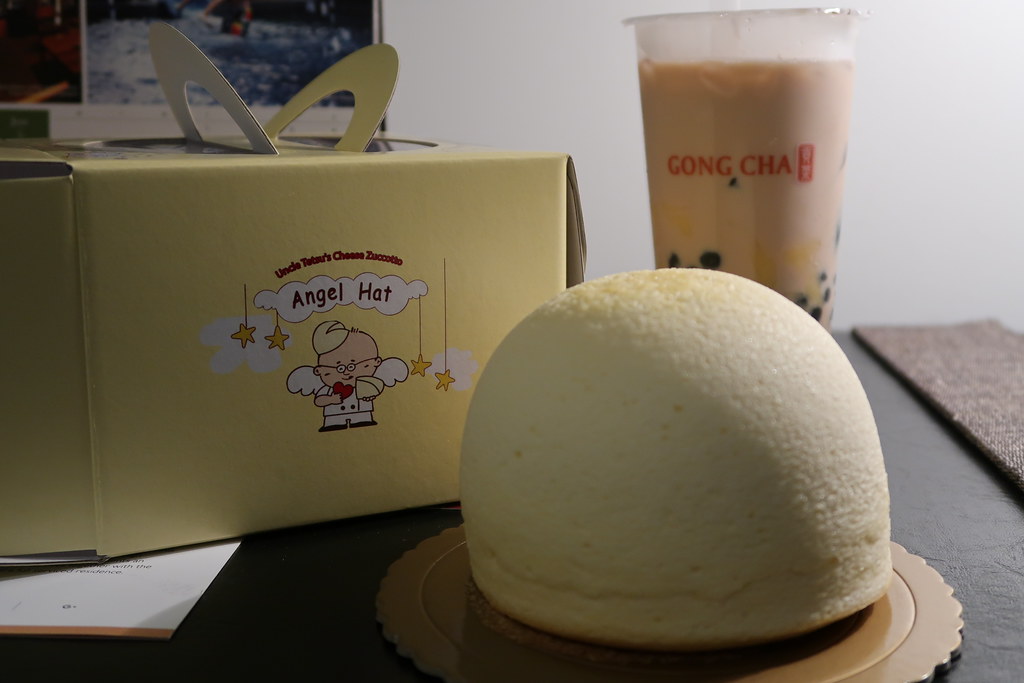 Angel Hat from Uncle Tetsu (we much prefer their cheese tarts!) and Gong Cha (just as they bid goodbye to SG at that time).[/caption] 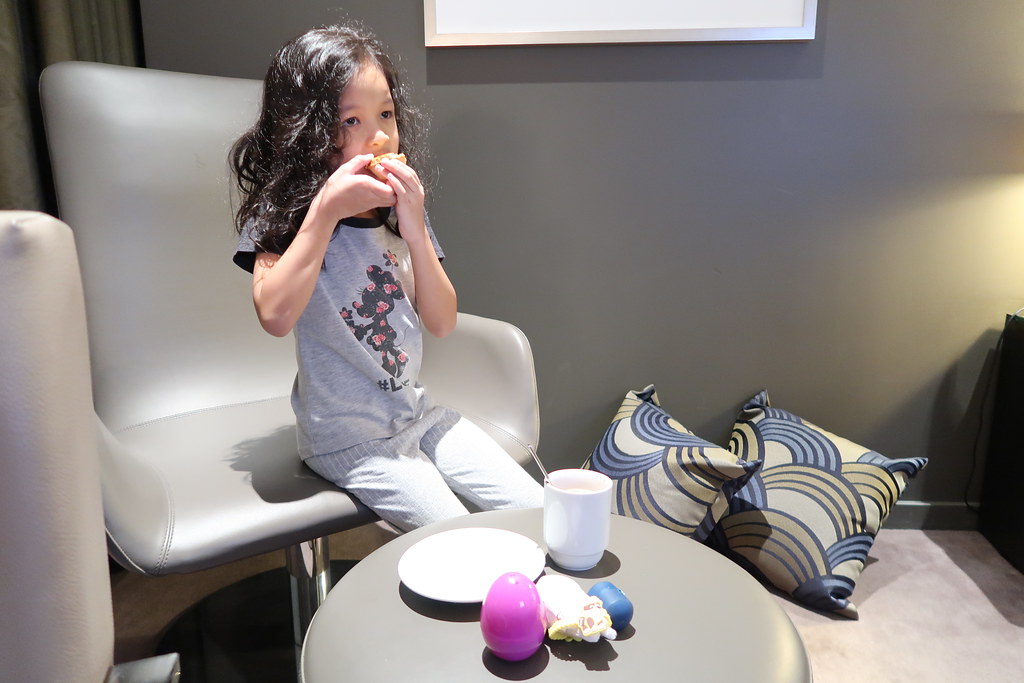 Enjoying her tart and the not-so-likable milo from Australia (she prefers the local version with lots more sugar and flavour!)[/caption] 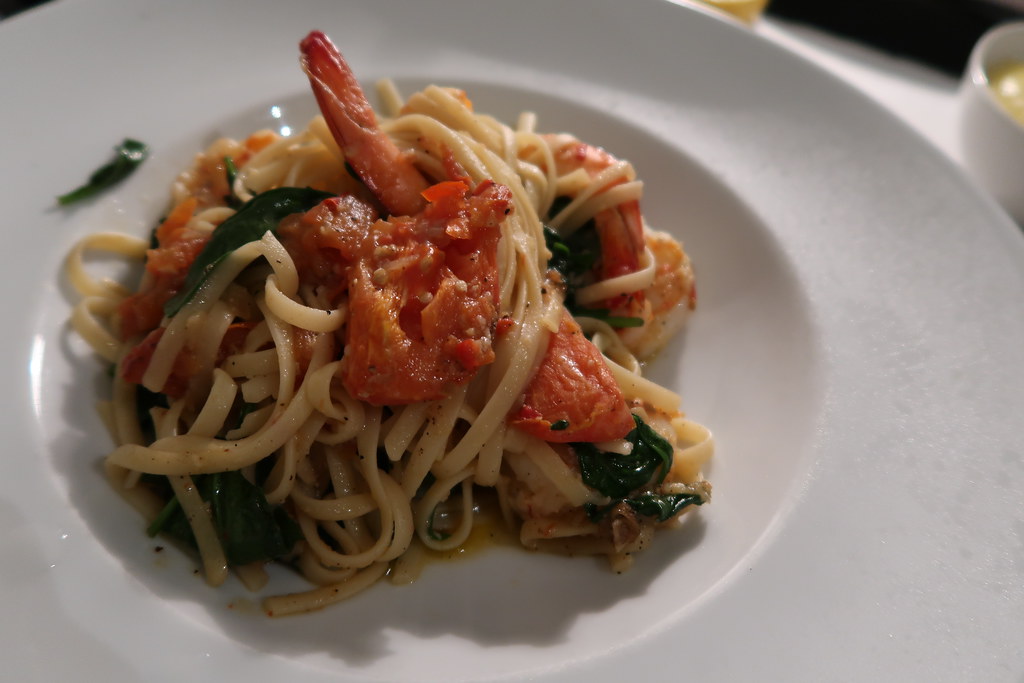 Pasta from the hotel room service[/caption]

This wraps up our day 1 in Sydney. By end of the day, both of us collapsed in bed and had a very good night rest. Though I wished the pillow was firmer though. Day 2 coming up in the next post...

All photos taken with my Canon Powershot G7X Mark II which I bought just before the trip. Till today, I'm so loving it!

Read more about our Sydney 2017 trip at these links: