After a restful night at our hotel on our first night at Sydney, Ayra and I both woke up fresh and ready to explore more together! Our plan for the day was to cover The Rocks, Luna Park and absorb in the night festivities at Vivid Sydney, which we did! Hurray to a successful second day thanks to the cooperative girl and fantastic weather! Although we did take lots of short breaks throughout the day, both of us enjoyed each other's company and that's what this daughter-mother trip was all about!

Day 2 at Sydney Solo Travel with my Pre-schooler


And here's our photo story from our second day in Sydney...

After a quick breakfast in our hotel room, we walked across to the train station. It was Ayra's first ride on Sydney's train and she got very excited when she saw the huge yellow train approaching. It's double-decker! (Exactly my reaction when I first saw it on my first trip!) The ride was relatively quick as we were only a few stops away from our destination. 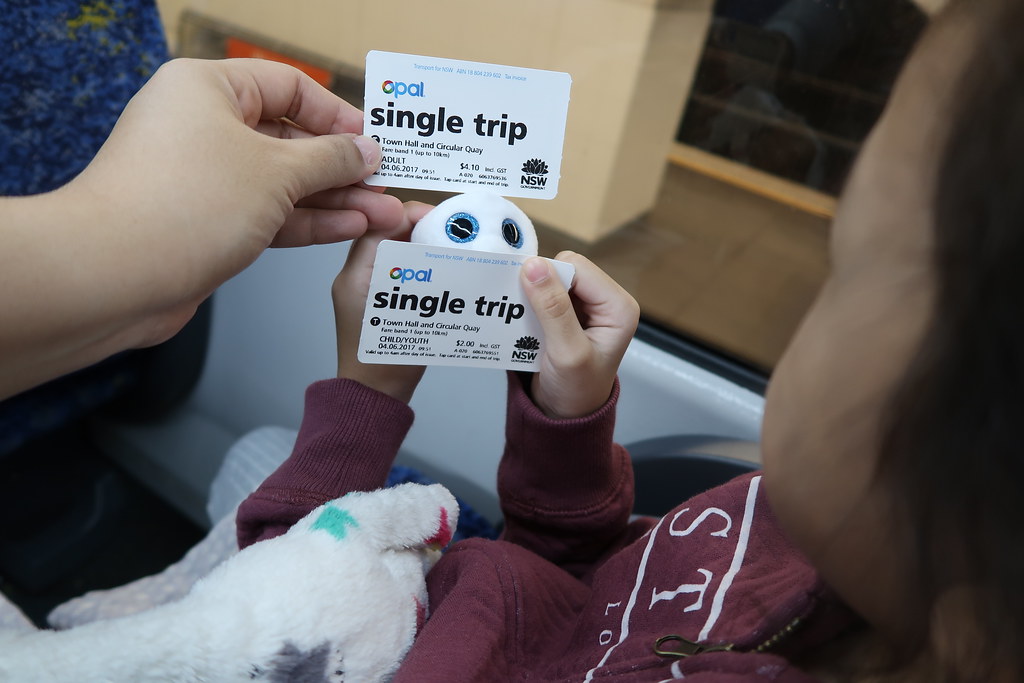 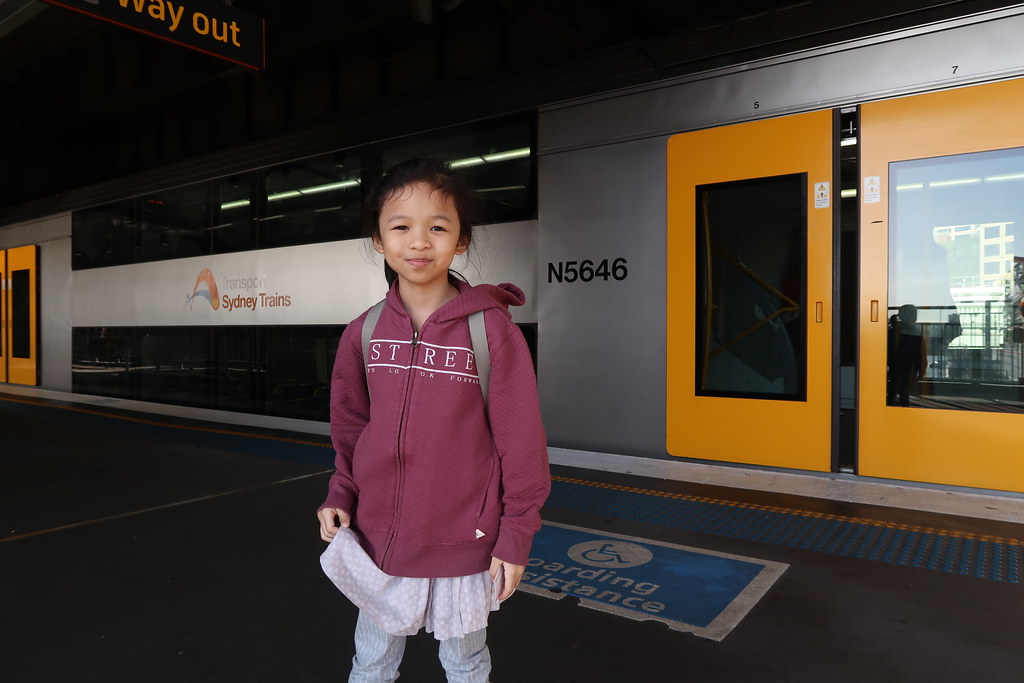 I was here on my first visit and I wanted to share the beauty of this historic place with Ayra. We spent our morning strolling around the vicinity, checking out the different shops, cafes and also The Rocks Market. 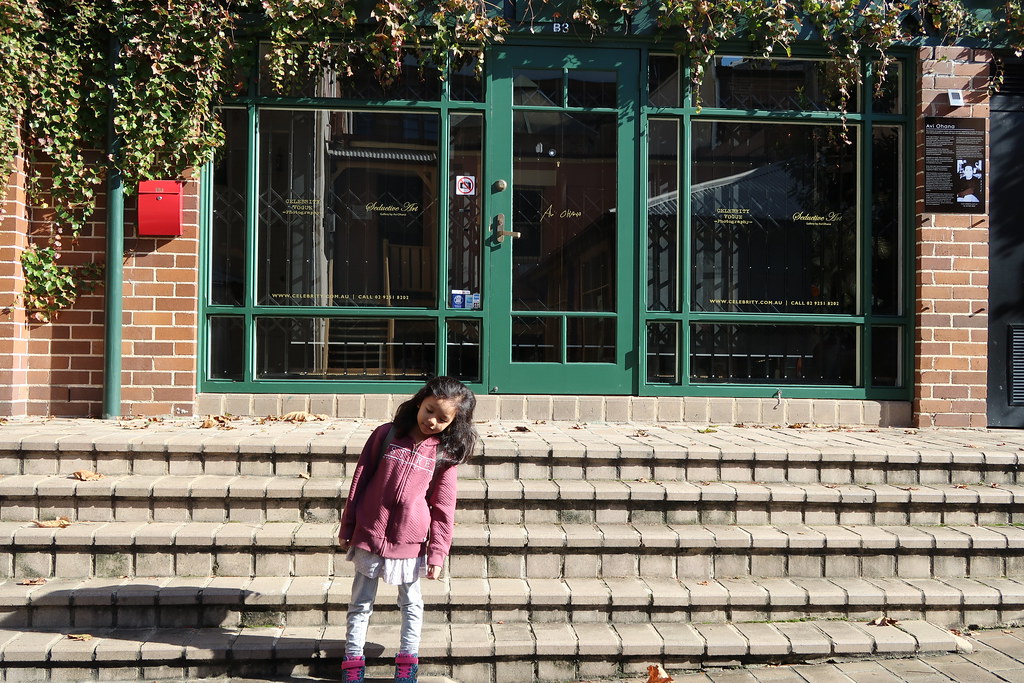 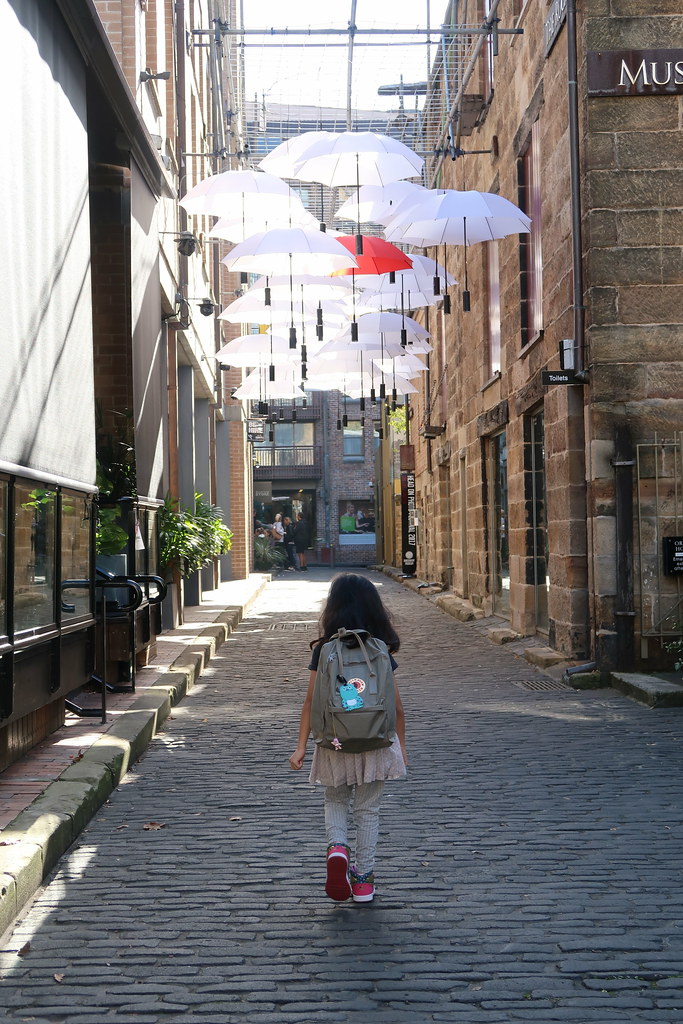 These umbrellas light up at night for Vivid Sydney, but we didn't head back to check it out because there were too many things to see everywhere![/caption] 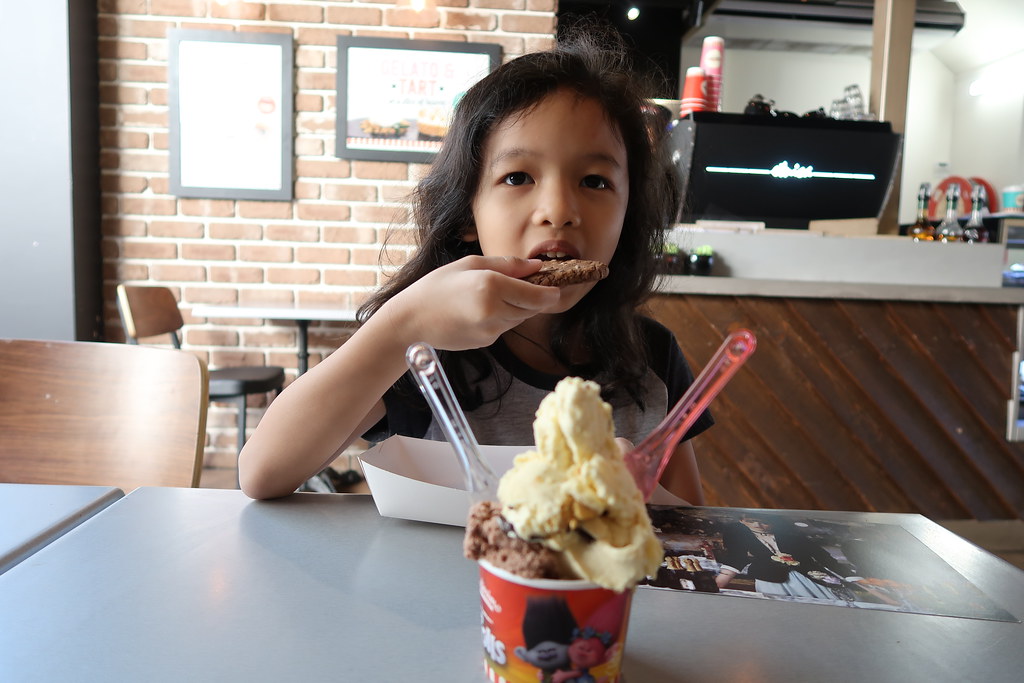 One of our pit-stop was for ice-cream and cookies at Gelatissimo The Rock. The ice-cream was a tad too sweet for both of us and it took us awhile to finish this small cup! Break time is also wefie time! When traveling solo with young kids, its almost not possible to take well framed photos, though I had my tripod in my backpack all the time, we didn't get a chance to use it! Cos its stop, look, and go most of the time when you've a 6 year-old who can't wait to move to the next spot!


Weekend Market at The Rocks

The Market operates from 10am – 5pm, Saturdays and Sundays. This is an open-air market, nestled between the picture-perfect harbour and Harbour Bridge. We took time to browse through the many great finds - fashion, handcrafted jewellery, textiles, homewares, art and beauty products.

When at Weekend Market, do what the others do - munch on corn on cob! I only got a few small bites, the whole corn was finished by this rabbit of mine... 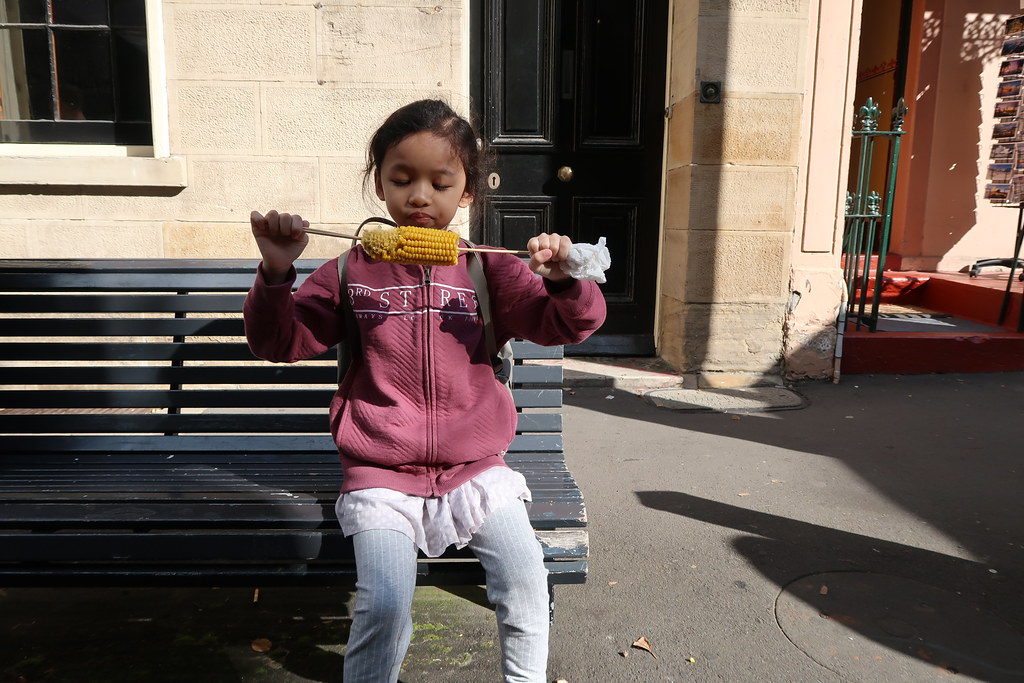 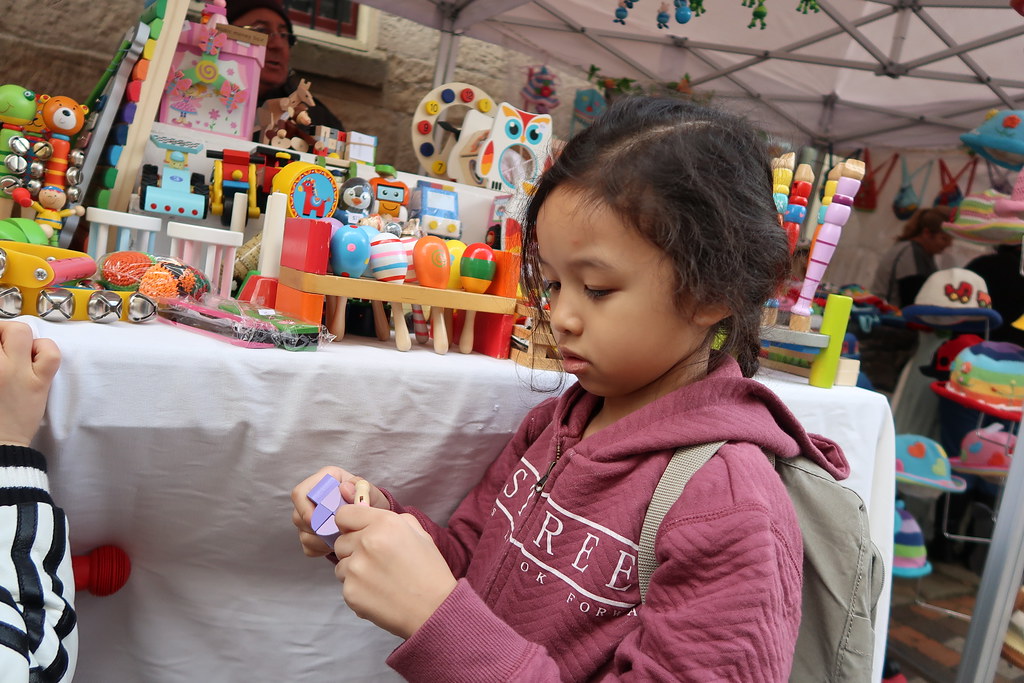 We stumbled upon this small museum while roaming at The Rocks, and since it's free, we went in to check it out. The Rocks Discovery Museum houses artefacts and documentations of the history of The Rocks. 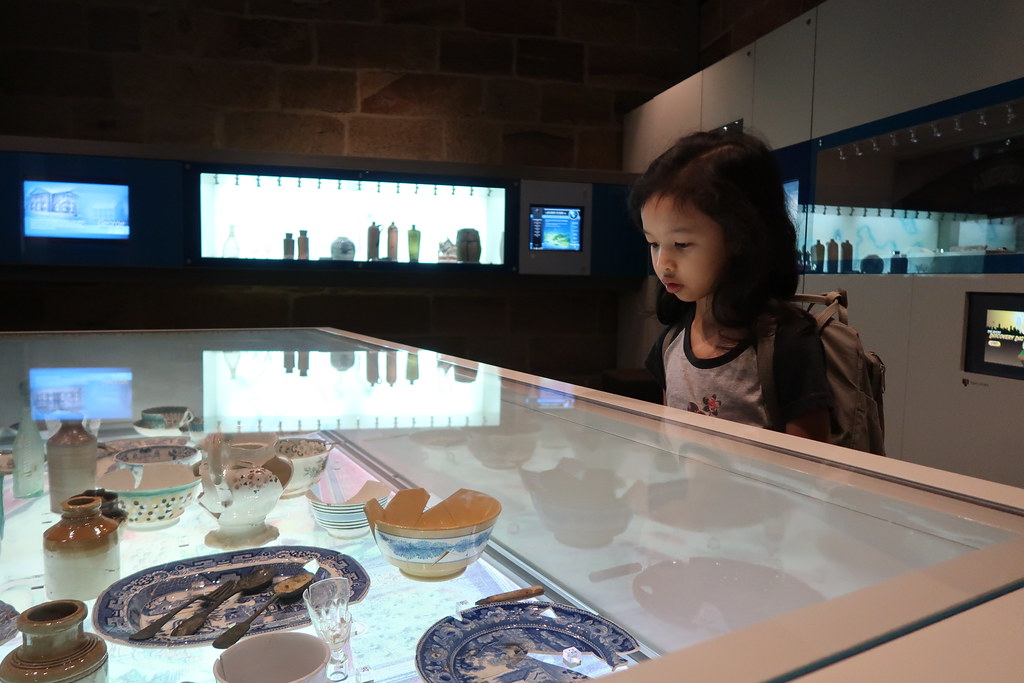 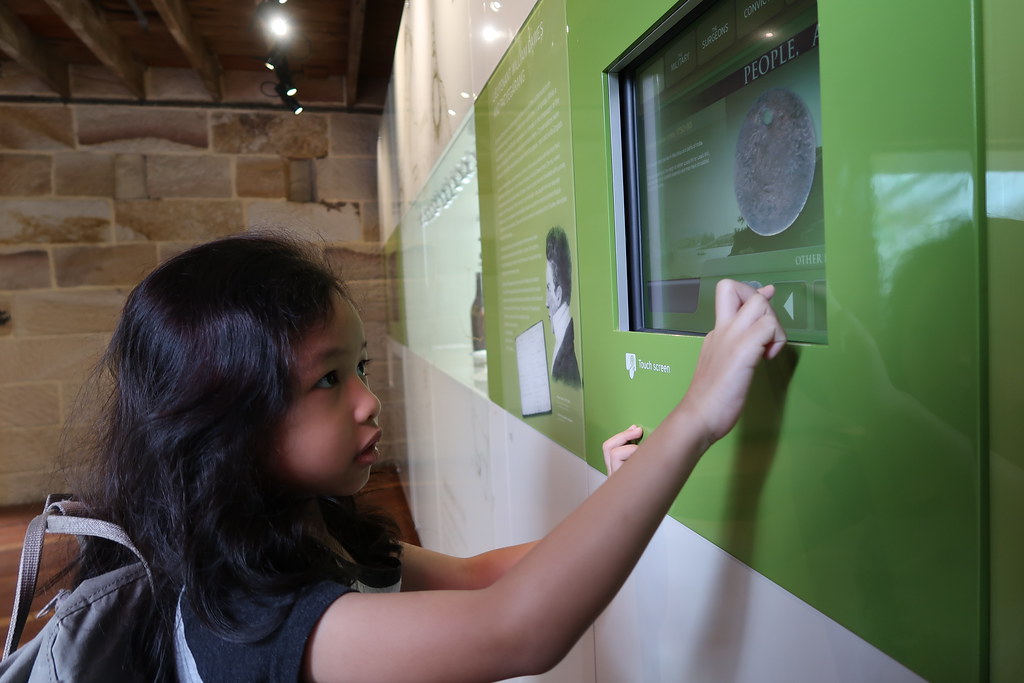 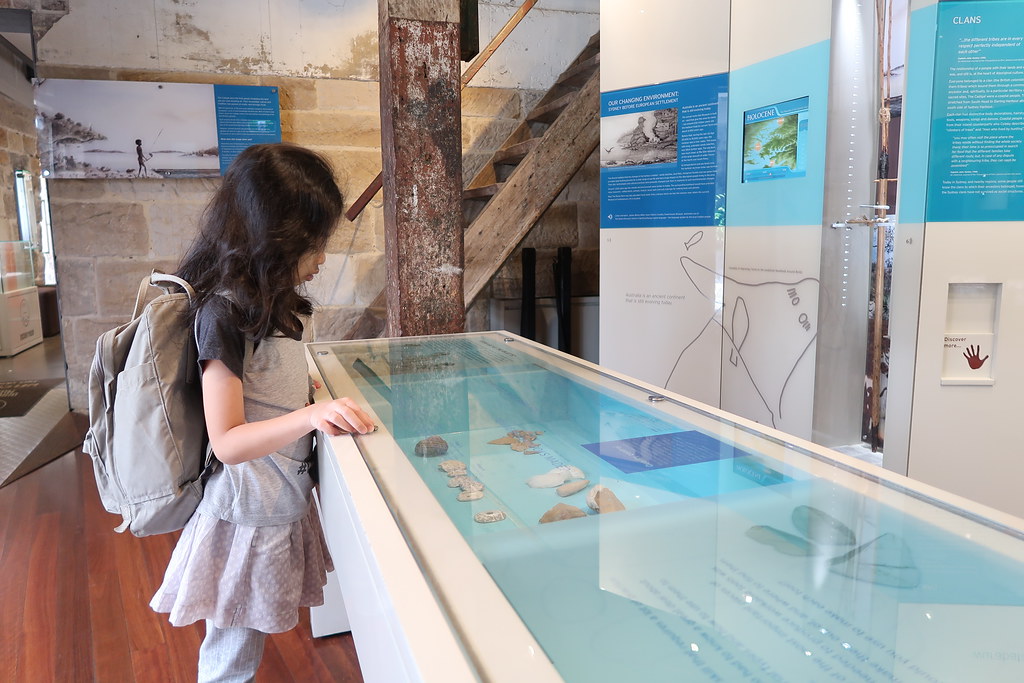 Next up Luna Park! From Circular Quay, we took the ferry to Luna Park. The wind was so strong and chilling it was quite a ride for us! 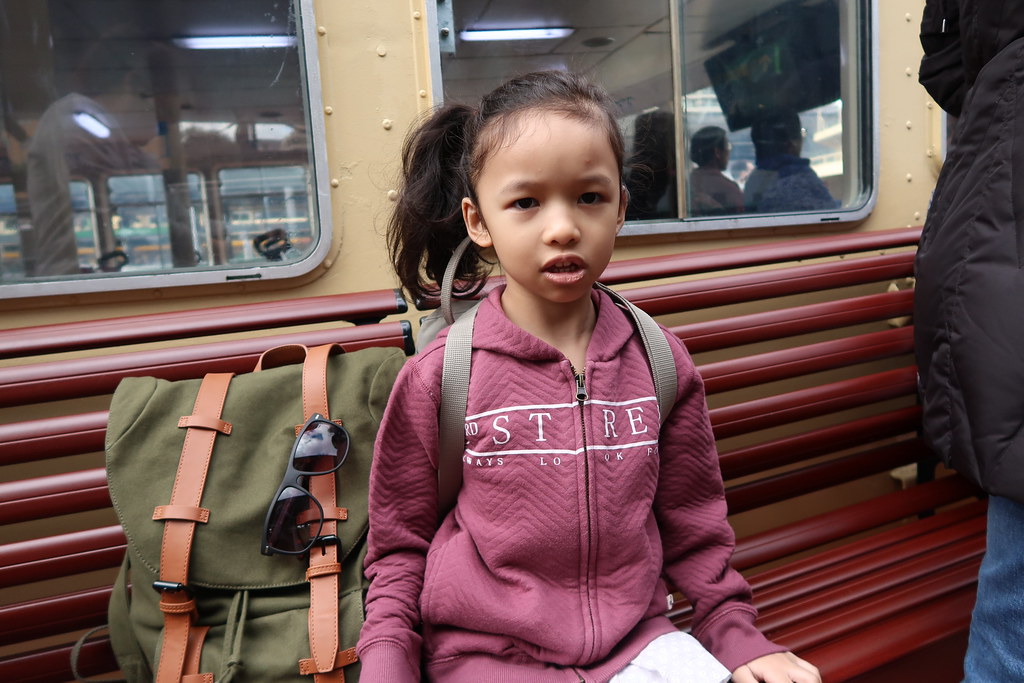 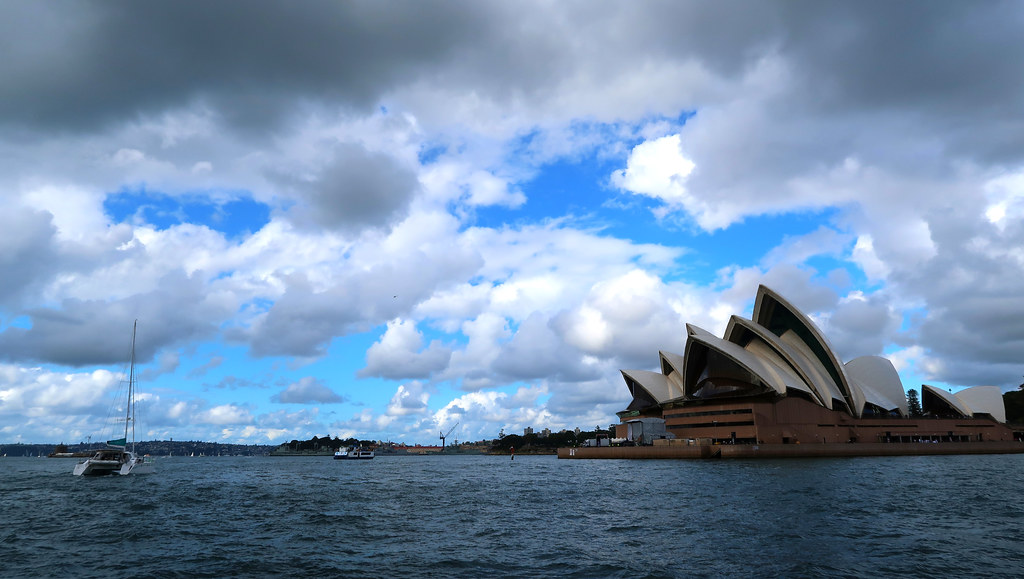 The little one wasn't that pleased when she saw the huge crown face at the entrance of Luna Park. You can tell can't you? 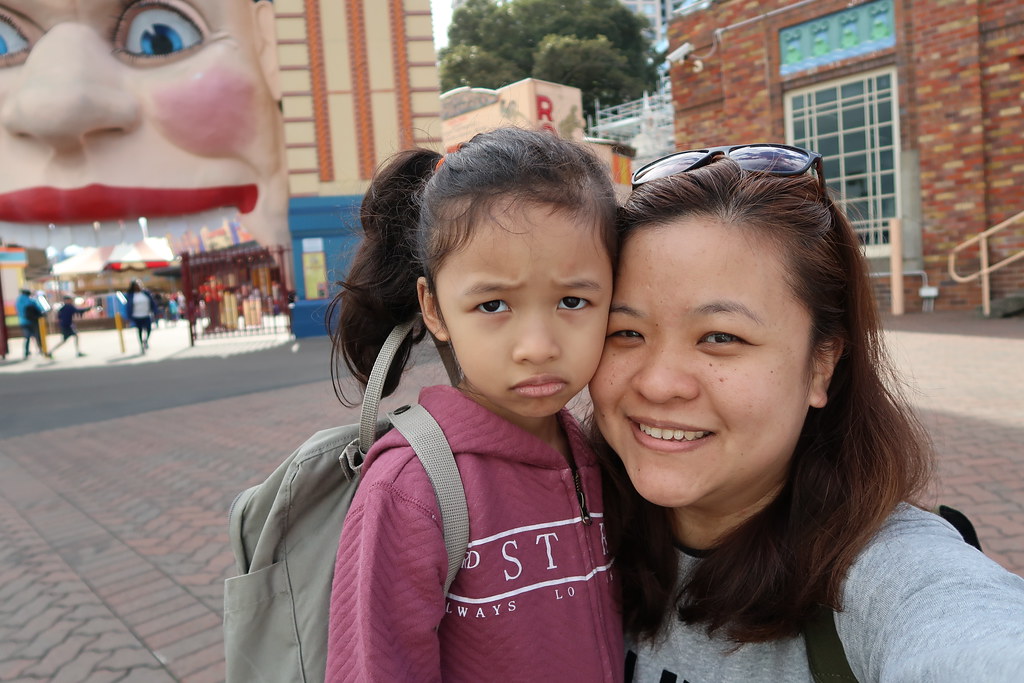 We took too many photos at Luna Park so I'm going to save them for a dedicated post!

"Picnic" by the Harbour Bridge

After Luna Park, we had to take the ferry back to Circular Quay. The weather was so nice and we were still early for dinner, so we laid out our compact Matador pocket blanket and made ourselves comfortable by the Harbour Bridge. And here's where Ayra threw everything she bought from Luna Park and started grouping them for her friends in school and the little sister waiting back in Singapore. 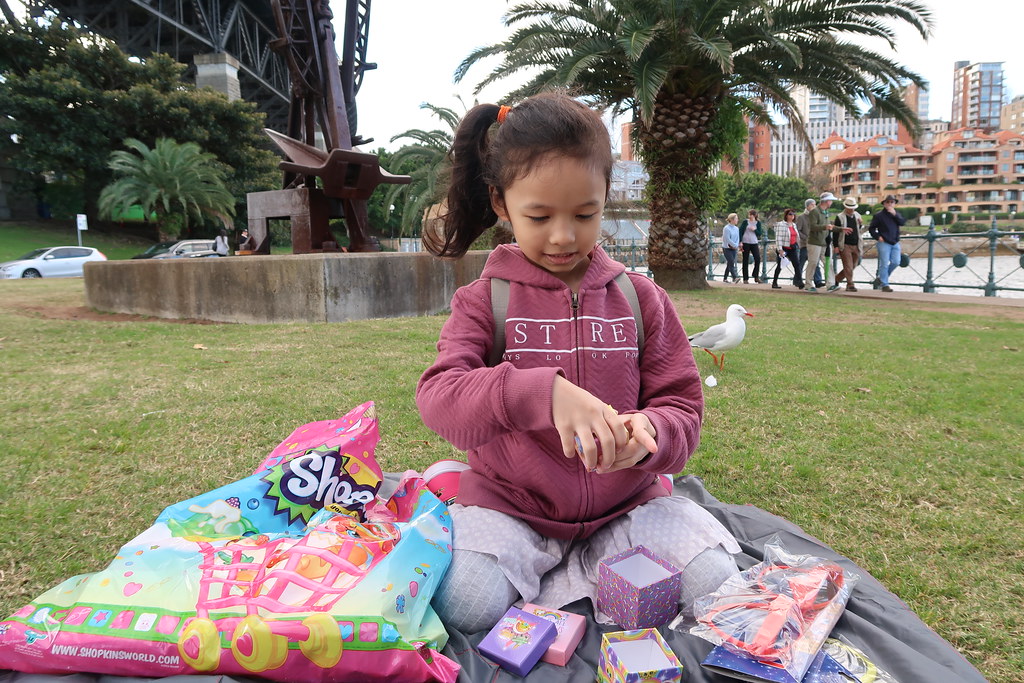 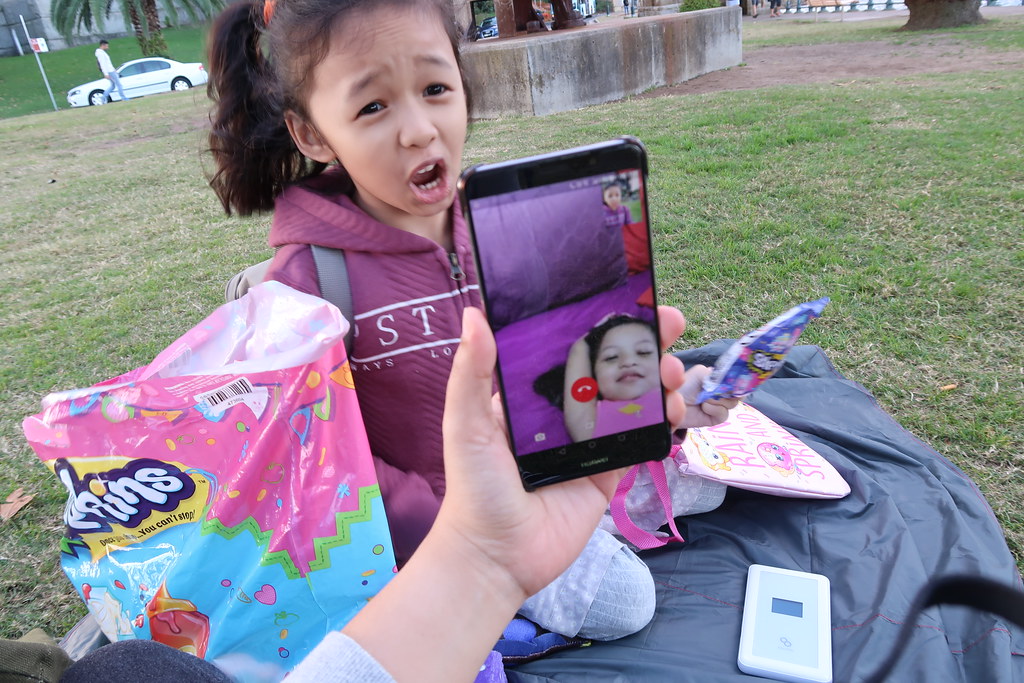 Cannot travel without our ChangiWifi router! The sisters connected via Whatsapp video call and shared some laughter even when miles apart.[/caption] 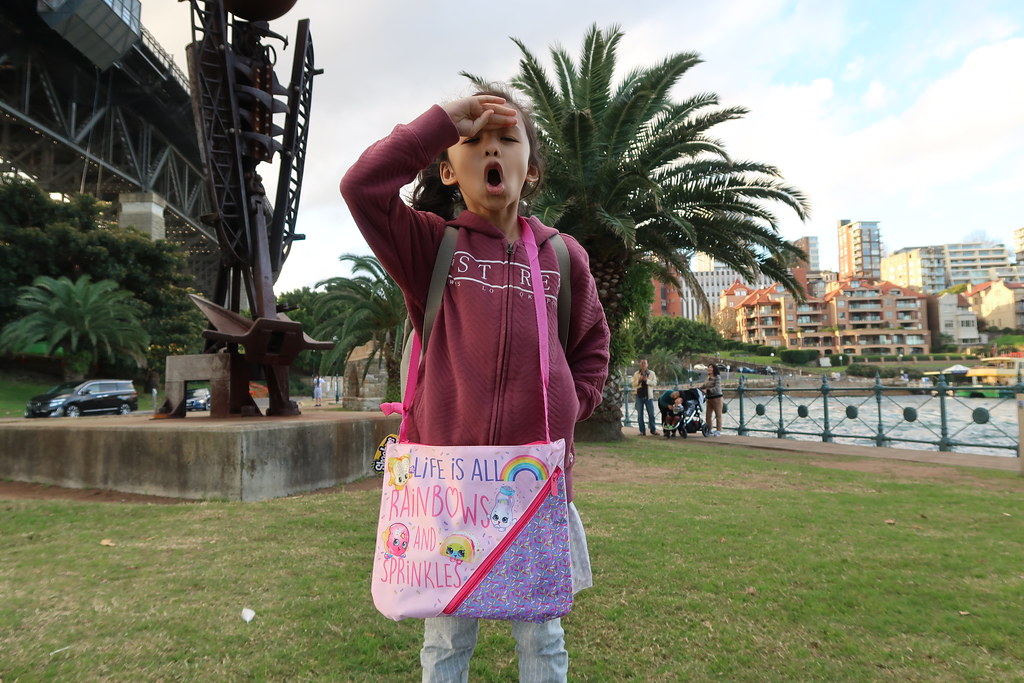 By the time we return back to Circular Quay, we settled for the closest restaurant to fill our tummy before we immerse into the festivities at Vivid Sydney! Food was not bad here but the service was a little disappointing, maybe cos we were "poorly" dressed? I'm not sure, but the servers were treating others much more pleasely than how they spoke to me. Oh well... 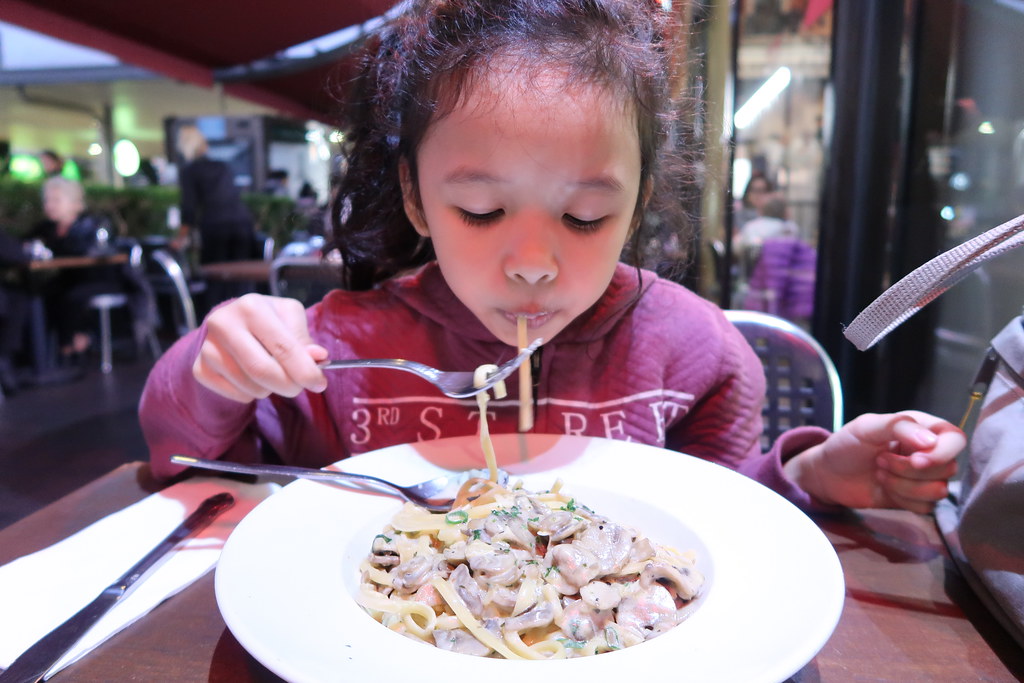 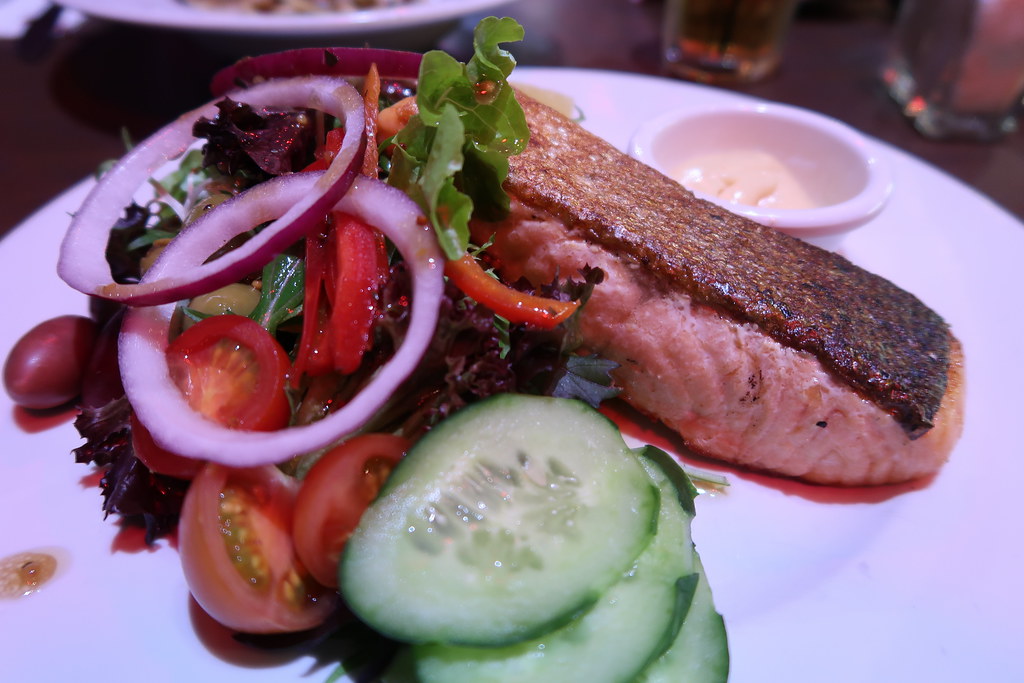 Visiting Sydney during this period is super super awesome! When the lights go off at night in the shopping places, the entire city lights up for the festivities! Because it's super cooling and nice outside, everyone stayed outdoor and enjoy the lights, sound and entertainment spread throughout the city. We totally enjoyed ourselves that night and the girl didn't even whine when we waited almost 20mins for a 3mins free ride at one of the attraction. Families and friends were all in good spirit at Vivid Sydney. I'm surely going back for more in the future! 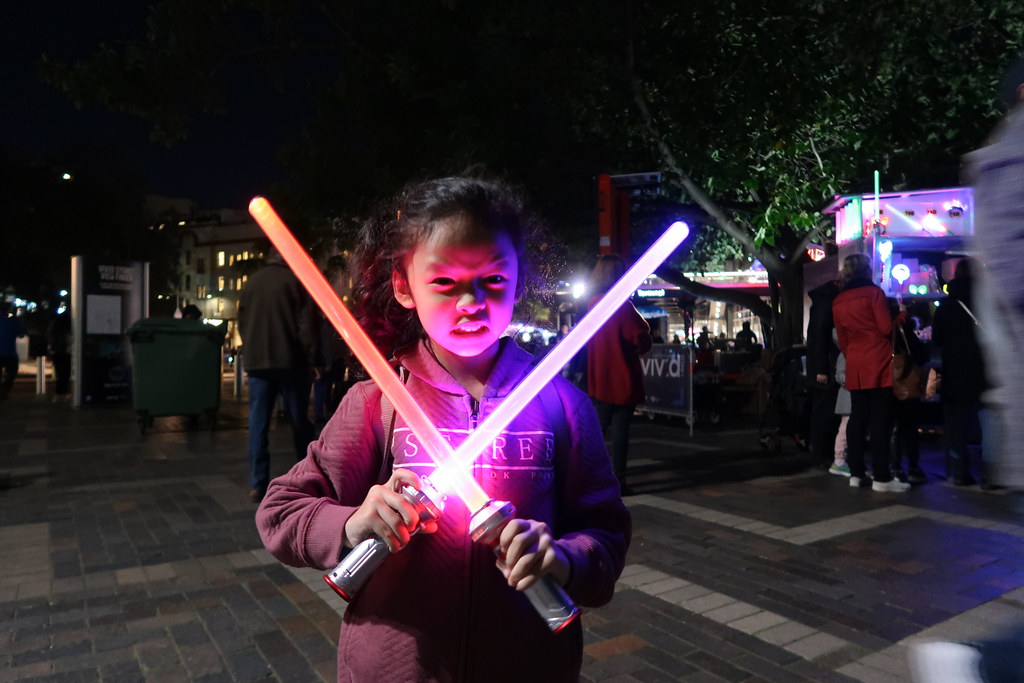 My young padawan jedi with her lightsabers - one for her and one for sister at home...[/caption] 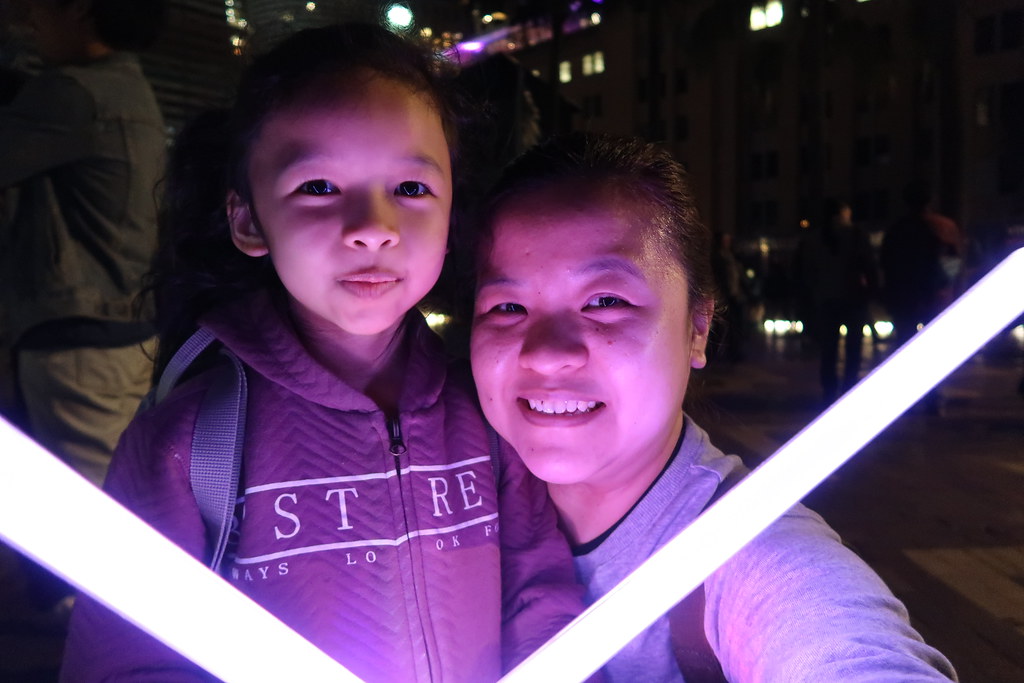 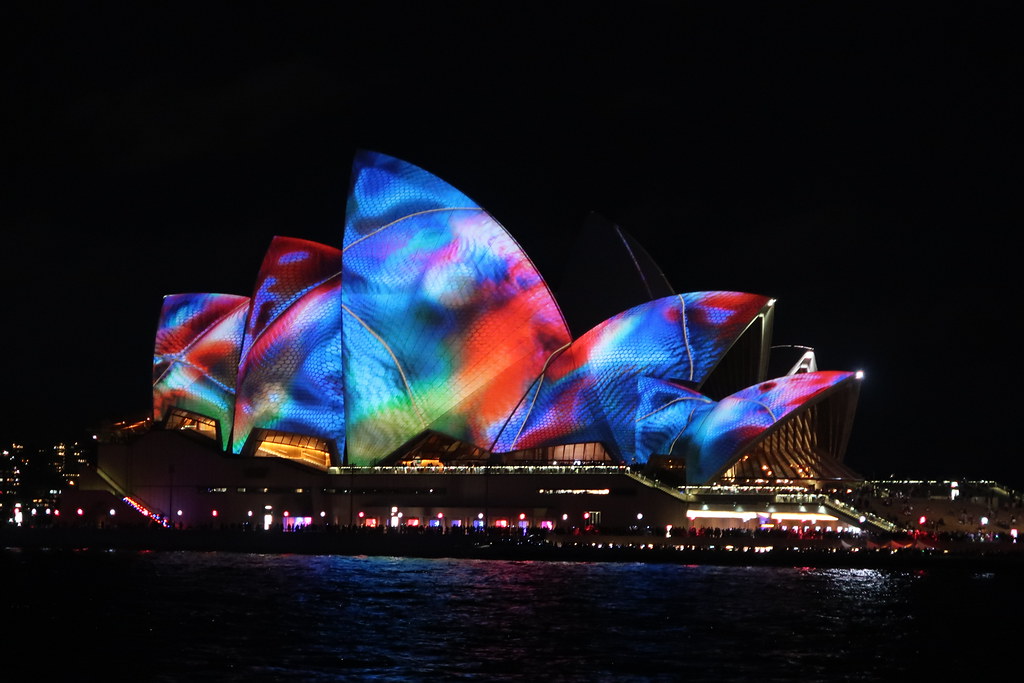 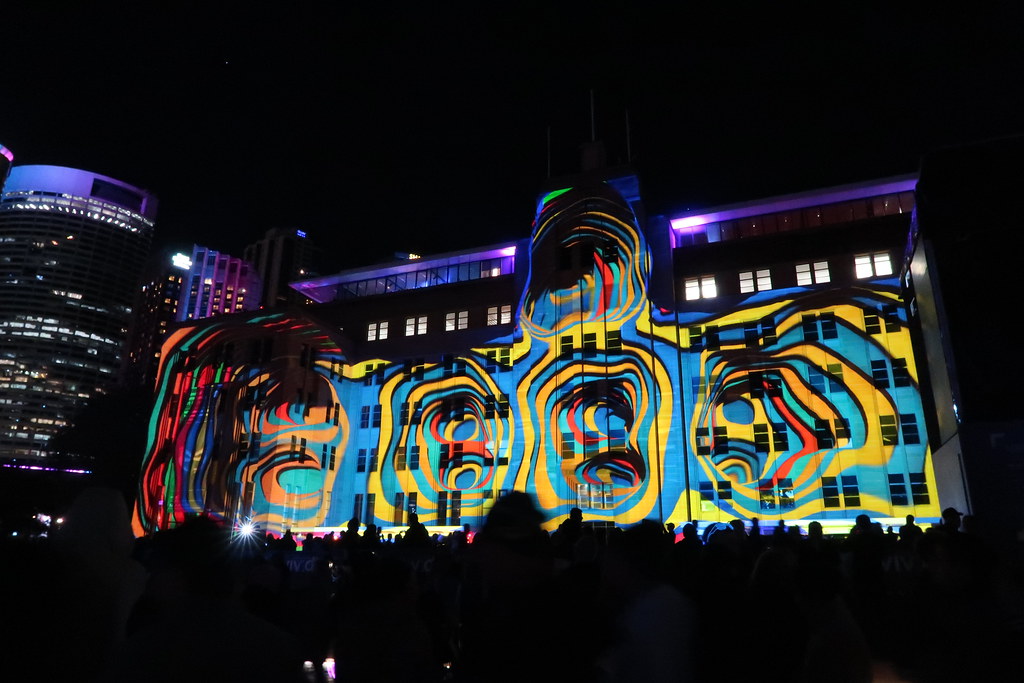 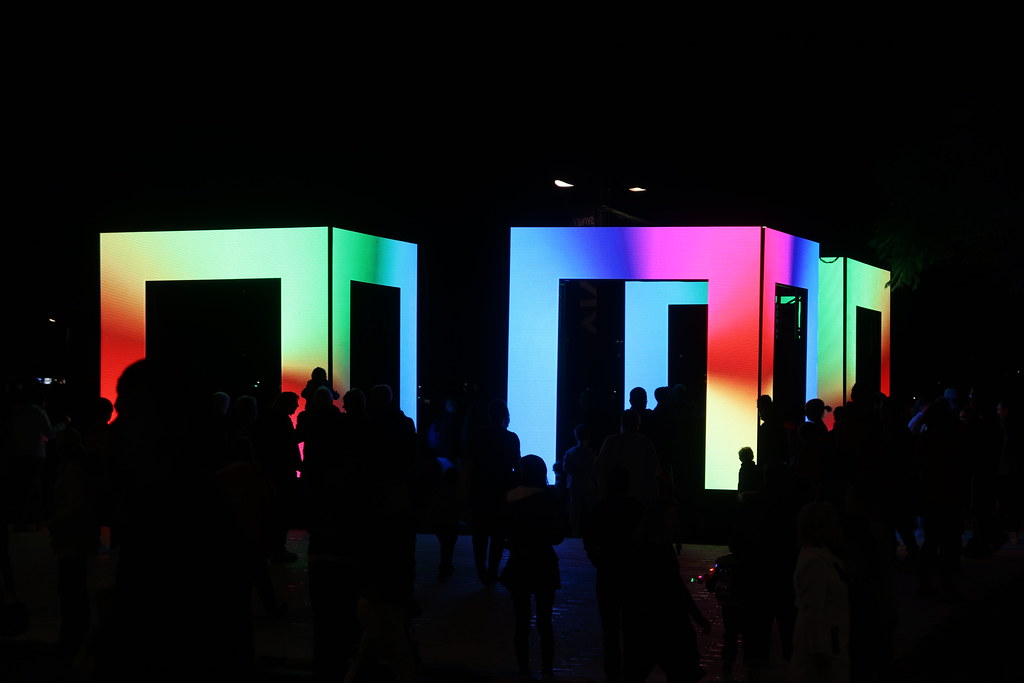 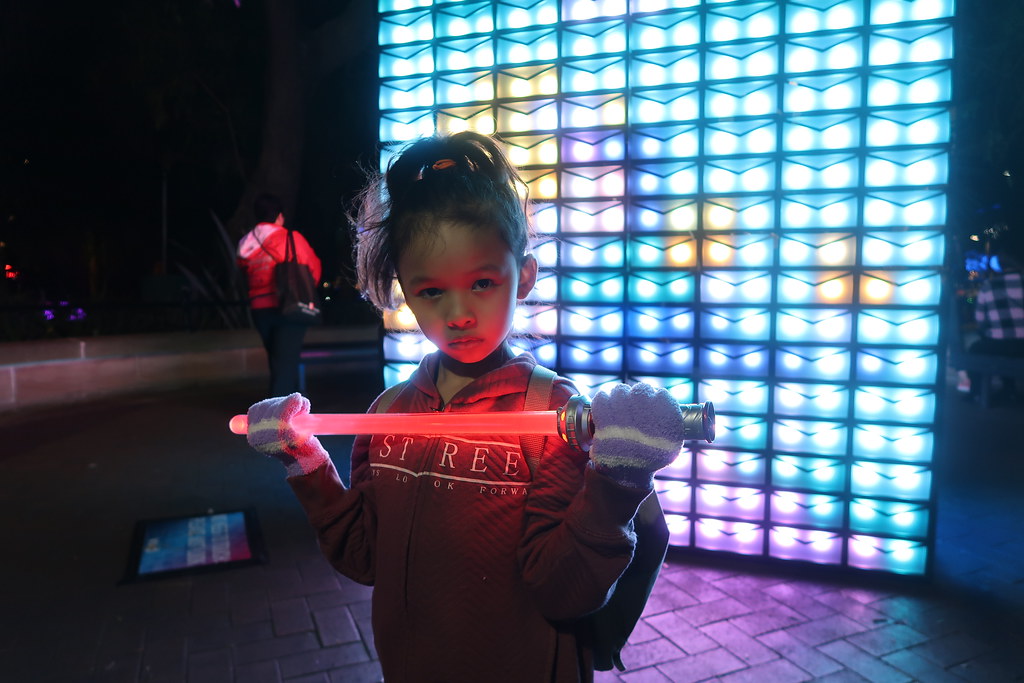 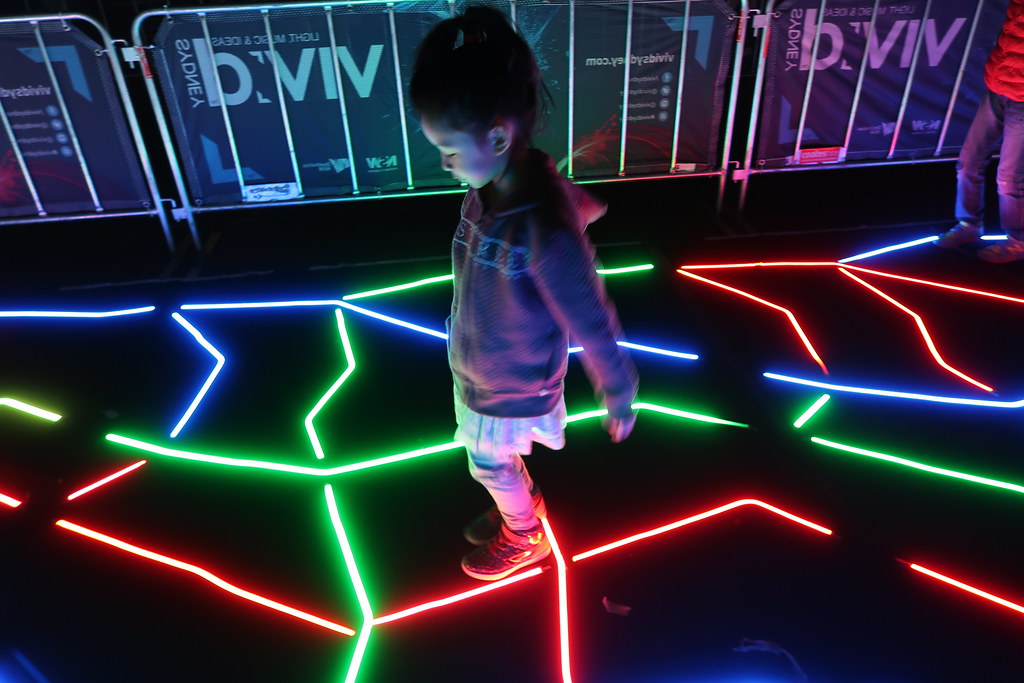 We both had lots of fun at Vivid! Ayra didn't want to go home even after 10pm. There were buskers everywhere and one that we stayed till the end was super awesome! 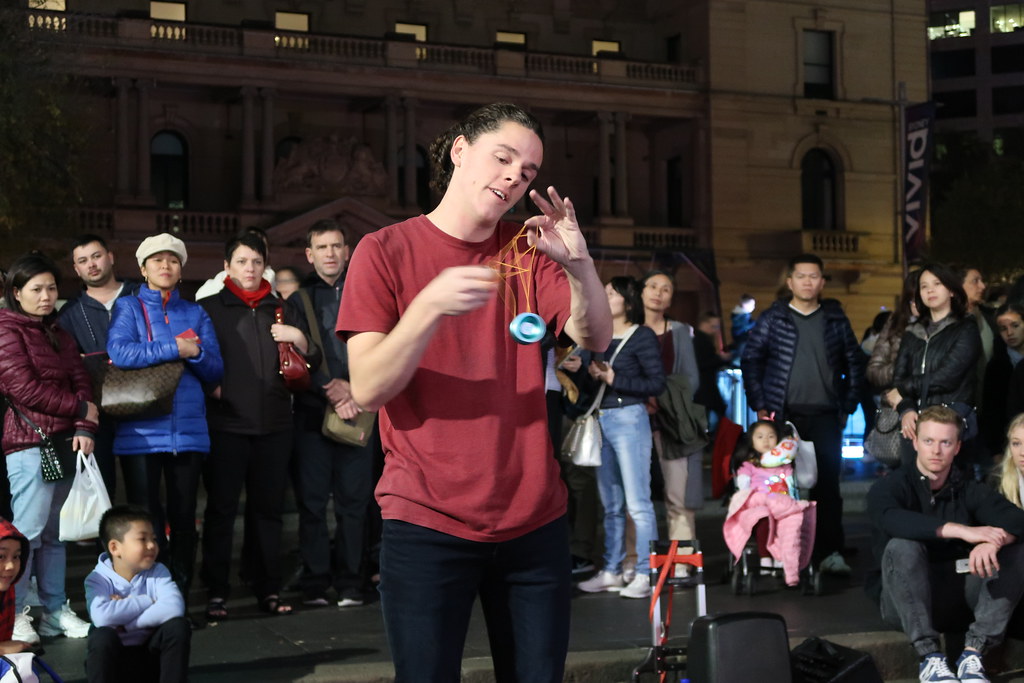 We were all awed by his amazing performance! This wrapped up our 2nd night at Sydney.[/caption] 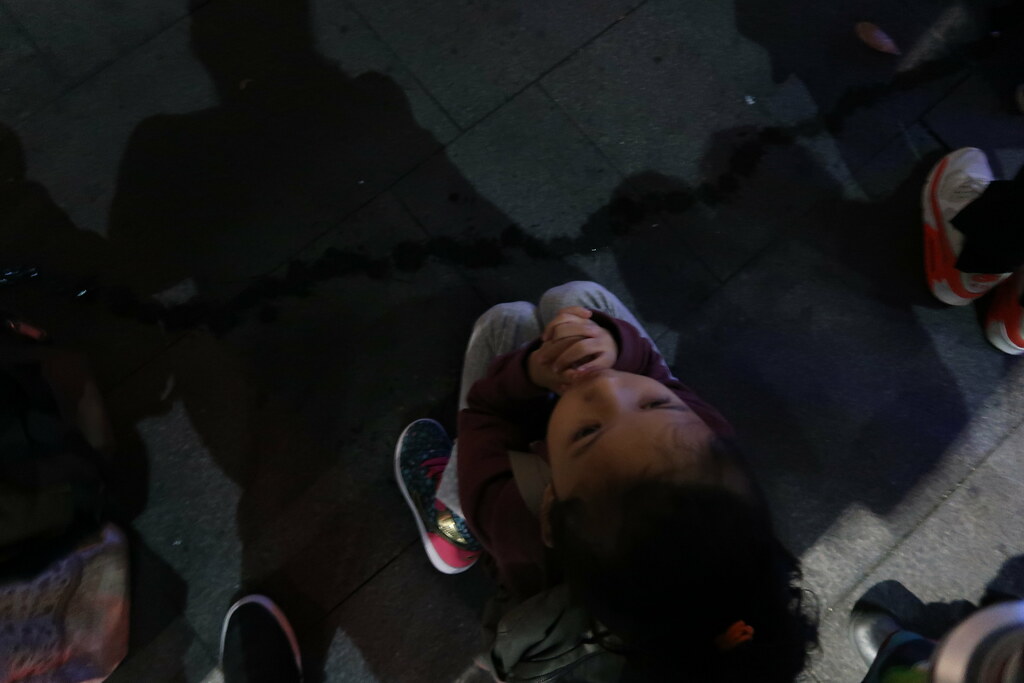 Little girl was totally immersed! She didn't want it to end.[/caption]

Read more about our Sydney 2017 trip at these links: