When baby first arrived, parents struggled with new challenges daily, and we thought those were bad! Days in childcare were quite a breeze and we thought it was going to be smooth sailing there forth... and after just the first week of Primary school life, I concluded that the real struggles have just started.

Week 1, with both girls transiting into new schools - A in Primary one and Z in MOE K1, and countless cups of Kopi, we barely survived.

Qns of the day... "How come still night and we wake up?" ???#firstdayofschool #thelovingmum


First there was the early morning routine that none of us, except perhaps the father, were used to. The 5am first alarm... 6am you-better-get-up-else-confirm-late alarm... and finally the ultimate alarm at 620am for get-your-ass-outta-bed-NOW... we all pulled ourselves out of bed and dash around the house like headless chicken trying to get everyone washed up, changed, grab breakfast and outta the house in an hour. An hour does seem more than enough for us to get ready, but with two super unwilling and uncooperative girls, the hour flew past us faster than we expect. 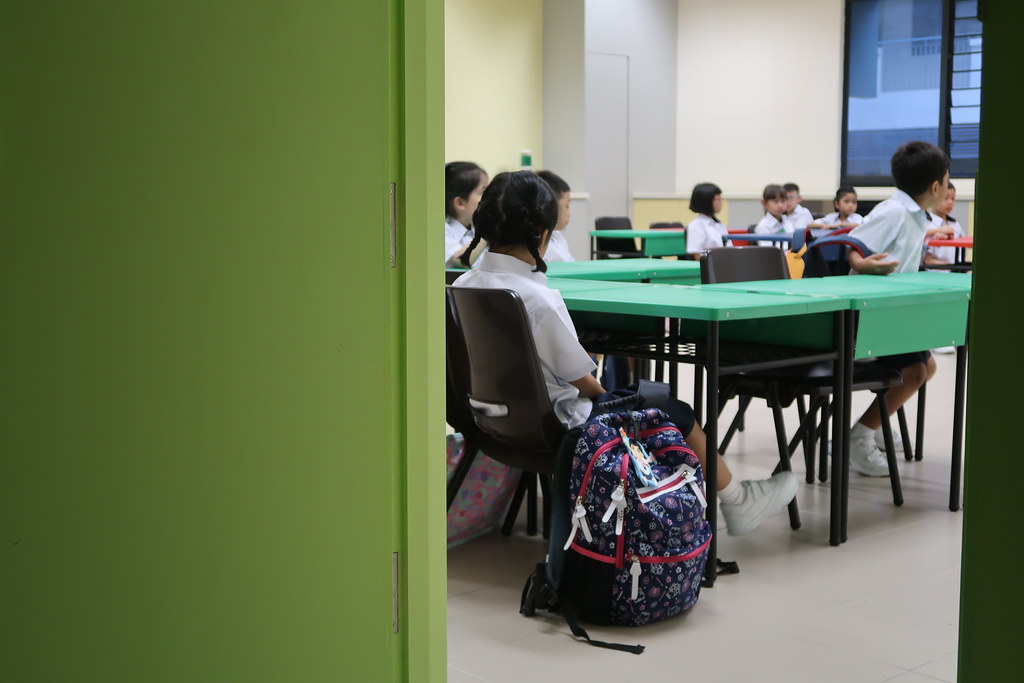 She who needs to climb up daily to level 4, good that most of her stuff are kept in school after week 1.[/caption]

Off to school we went and we finally settled both girls in school and thought we could take a break after the hectic day one... until a call from the general office asking us to pick up A as she was unwell. With her recent episodes of tummy ache, we brought her for consultation at the polyclinic and was referred to KKH for follow up.

Second day of school, and another trip to the polyclinic, the nurse at the registration stared at me and took a second look... yes its me again... two days in a row. This time with Z... and got referred to KKH A&E on the same day... which we both spent the rest of our Wednesday at... battling the call of our sleepy monsters inside our mind, and waiting for the test results from the doctor... we both knocked out in our ride home at the end of the day. 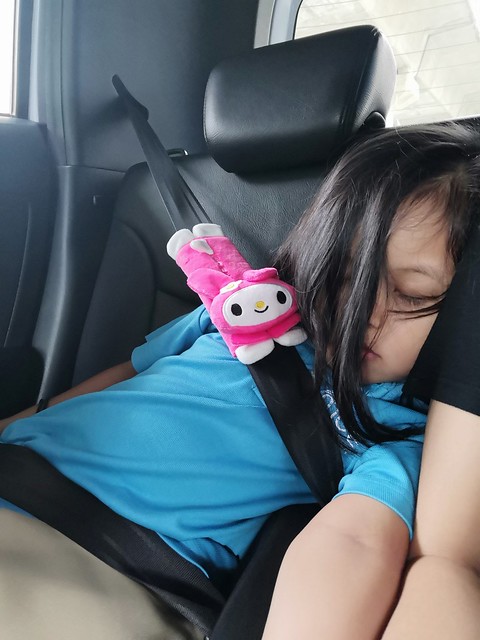 On the third day of school, I'm just glad to be back at office to get work going again... with SIX freaking pitches happening the following week, my mind went on a hell ride. Thankful for our dedicated team at work, proposals and work were all well in progress... except for those I am more involved in... even up till now I'm still trying to get the first pitch happening Monday morning to be completed. "Busy is great right?" everyone around me is telling me this... and yes its a good problem to have... but because my desire to close all of these new pitches is so great, my stress level escalated which leads to the frantic flow of to-dos, ideas and what ifs all crashing in my mind.

Week two of primary school starts tomorrow... and how I wish I can turn back time... not looking forward to coaching the girl for her first Spelling and Mother Tongue ?? (Ting Xie).

In need of supernova power.