We've Bought KidZania Annual Passes and Here's How We Intend To Milk It!

So finally after a year of waiting, KidZania Singapore now has annual passes for kids! We jumped right into this investment for our one-year of unlimited entries into KidZania Singapore without need of much persuasion on the Mummy's mind. Because it's really too good a deal for Mummy to resists, the thought of having less headaches cracking where to go with the kids when they are bored is solved! KidZania Singapore here we come!

Now that we have one year to milk these KidZania annual passes, here is Mummy's "battle plan" so that we get our money's worth! For a more neutral comparison on which annual passes is suitable for families, you might want to check out this post comparing which is more worth your money! 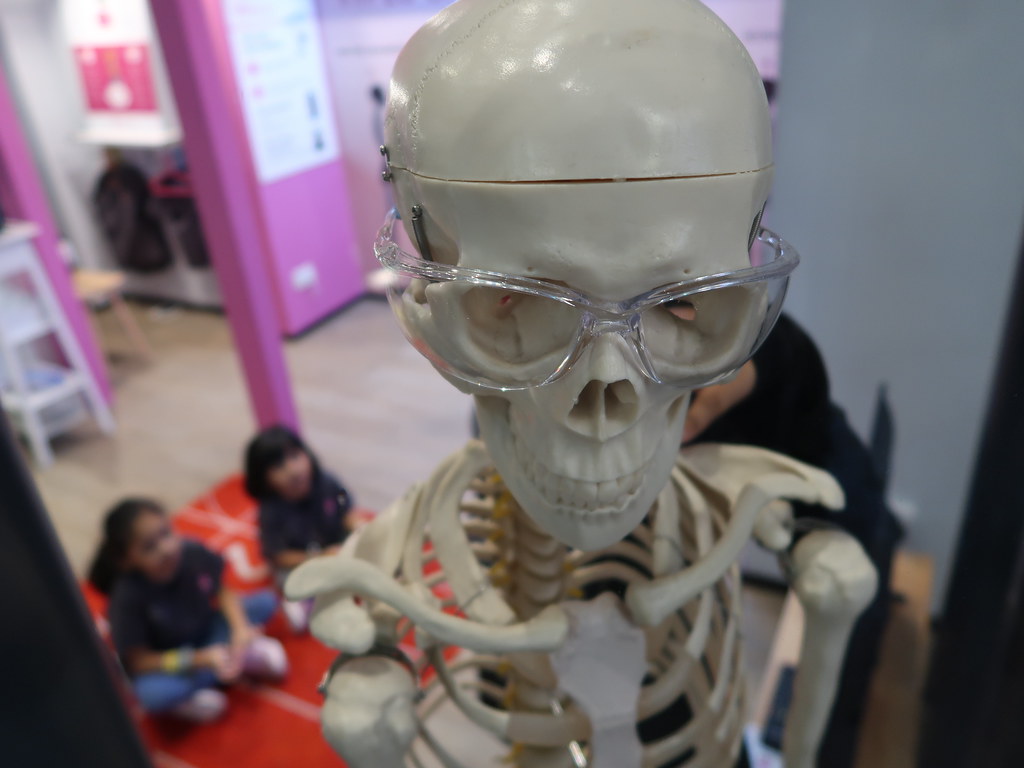 New career at KidZania Singapore: Chiropractic Clinic by TRUE Chiropractic Group / Kids get to conduct chiropractic checks while learning the importance of having good body postures[/caption]

This is the most effective and legit reason for the annual passes - I now have the power to entice and make the girls complete their tasks around the house, and even to have them learn to feed themselves faster during meal time. Be careful not to use it too often though, they may get tired and backfire your investment and say they don't want to go KidZania anymore. Oh-oh!

Persuade my other mummy and daddy friends to buy the pass for their kids! This plan is perfect because we can take turn to bring the kids in for unlimited fun for the entire day and the other parents can get a day off! Finally a weekend date without the kids! Perfect right?

Plan 3: Save on meals (and desserts) and get them for Free at KidZania!

When you feel like having pizzas, chicken burger, soup spoon or ice-cream, why not just head over to KidZania? Each time your little ones enter, they get their 50 Kidzos which is good for 5 meals! 2 for them and 3 for the adults, you can get a pizza or a burger, a bowl of soup and ice-cream loh. Shiok right? Just remind your kids to not skip any of the ingredients during their making process because the food is for you and not for them. 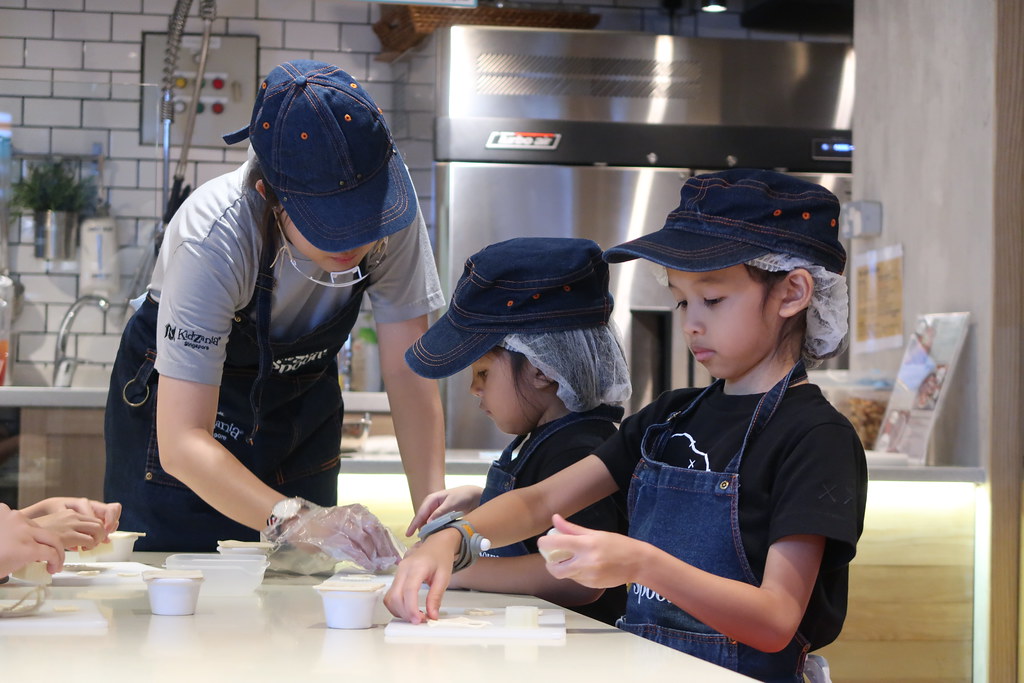 Plan 4: Make the kids work and stock up on bottled water, hand soap, Yakult and tissue packs (Bring a bag!)

Since we got our annual passes, we've been there 3 times already, and have stocked up quite a lot of the above! The little ones get to learn/ relearn about the science/ processes behind these products, earn kidzos and get freebies for home use. Value-for-money can?

Actually there are more freebies to collect at various jobs, I remember seeing some kids with toothpaste/tooth brush, Lim Chee Guan drawstring bags, Esso notebooks, Abbott milk powder, and other stuff. I just have to persuade my girls to try these jobs themselves so that I can start piling them for home use too. HAHA! 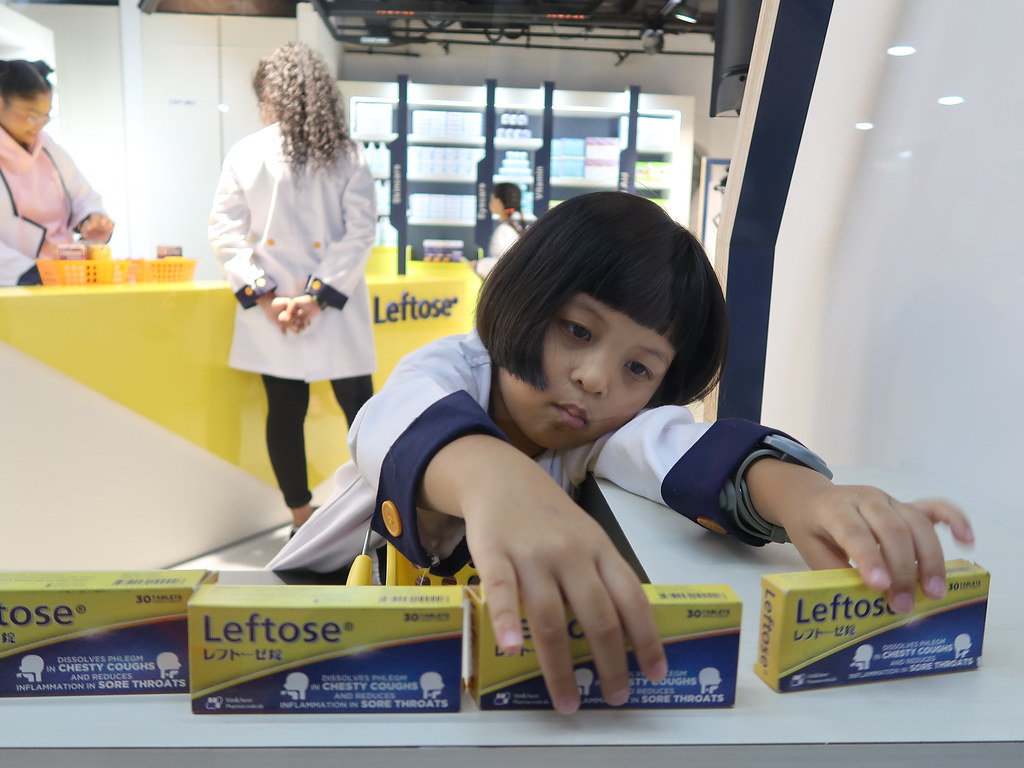 New job: Working at pharmacy can be a very tiring thing... they give you a packet of tissue at end of your shift[/caption]

Plan 5: Relax and Massage in between Kids' Play Time

We've been to KidZania countless time last year but I've never once stepped into the Parents' Lounge because I've always been engrossed snapping photos of the kids at play. Now with the annual pass, knowing we'll be there many times, I am more chill and find my own sources of entertainment when they enter their job roles. When I discovered the facilities in the Parent's Lounge... omg! I keep returning whenever we're on the second level loh!

Because got TWO OGAWA massage chairs! So far it seems like it's underused lah, maybe because nobody know about it yet, until maybe now... because you read it here first! (You're welcome!) The two OGAWA MySofa massage chairs are hidden behind the F&B counter near the computers. The corner is dimly lite and makes very good chilling zone. Don't be fooled by its small size, it's quite shiok! 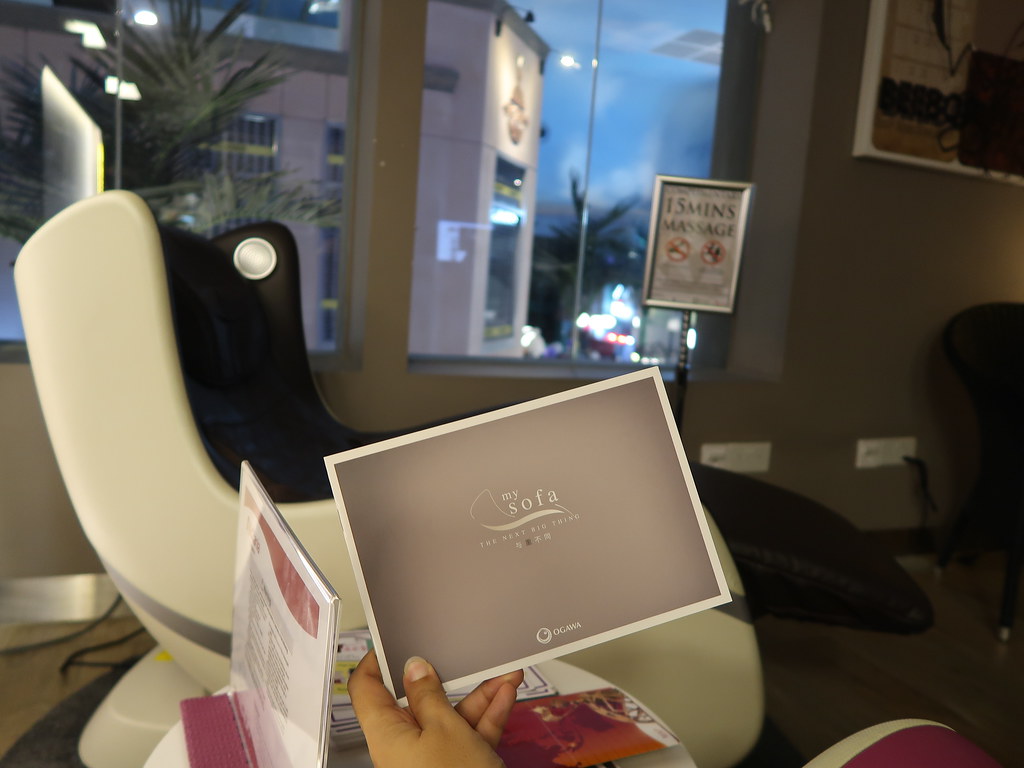 The above are my battle plans as of today. I will keep this post updated if I discover more ways to milk our money! If you're wondering, we paid for our annual passes. #notsponsored

Awww... so sweet right? Zara at one of her favourite job... being a storekeeper at 7-eleven...[/caption]

Find out more about KidZania Singapore annual pass here. If you're getting it too, or have gotten for your little ones, let's plan our "shifts" leh! One adult bring a group of kids in is the best battle plan ever! LOL!