The little ones have been asking to go for Yoga classes but knowing they usually back out of their interests after a few classes, Mummy is rather to sign them up for any regular class.

During our stay at The Residence Bintan, we had the opportunity for the girls to try out Board Yoga with Tiny Movements Co. Mummy do know about Wobbel Board Yoga classes in Singapore, but the locations they had been conducting classes at are not at our frequent hangouts. So when the girls were told about this class they'll be attending, that morning of the Yoga class, the girls were very excited and we had no issue getting them out of their comfy bed. 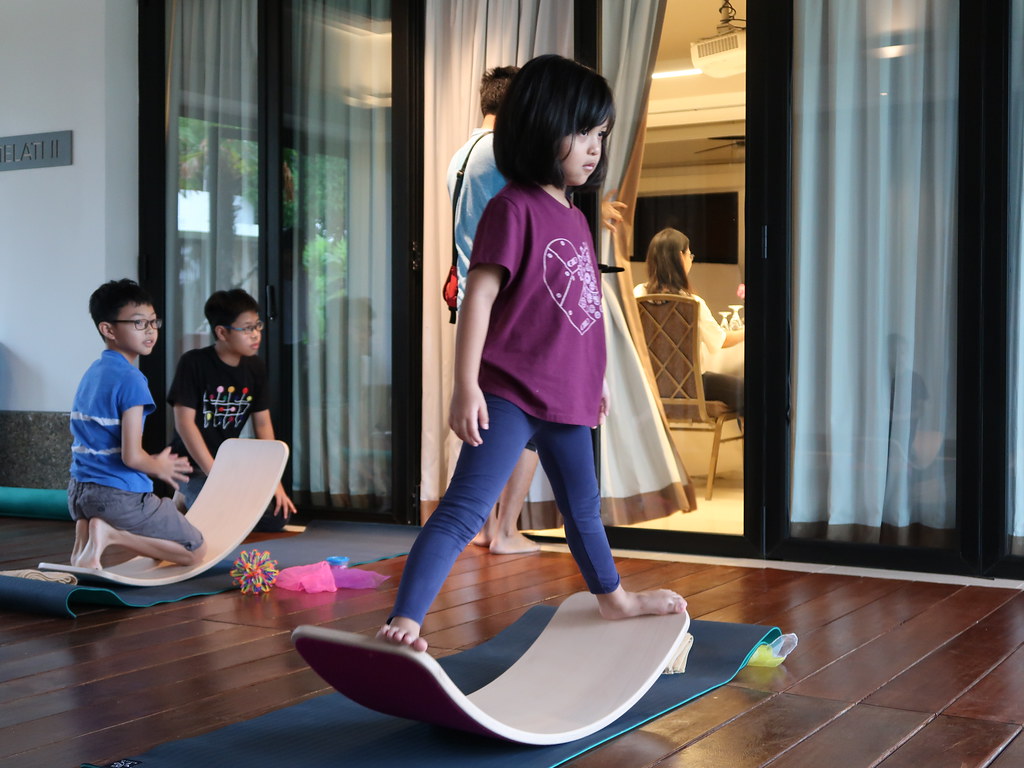 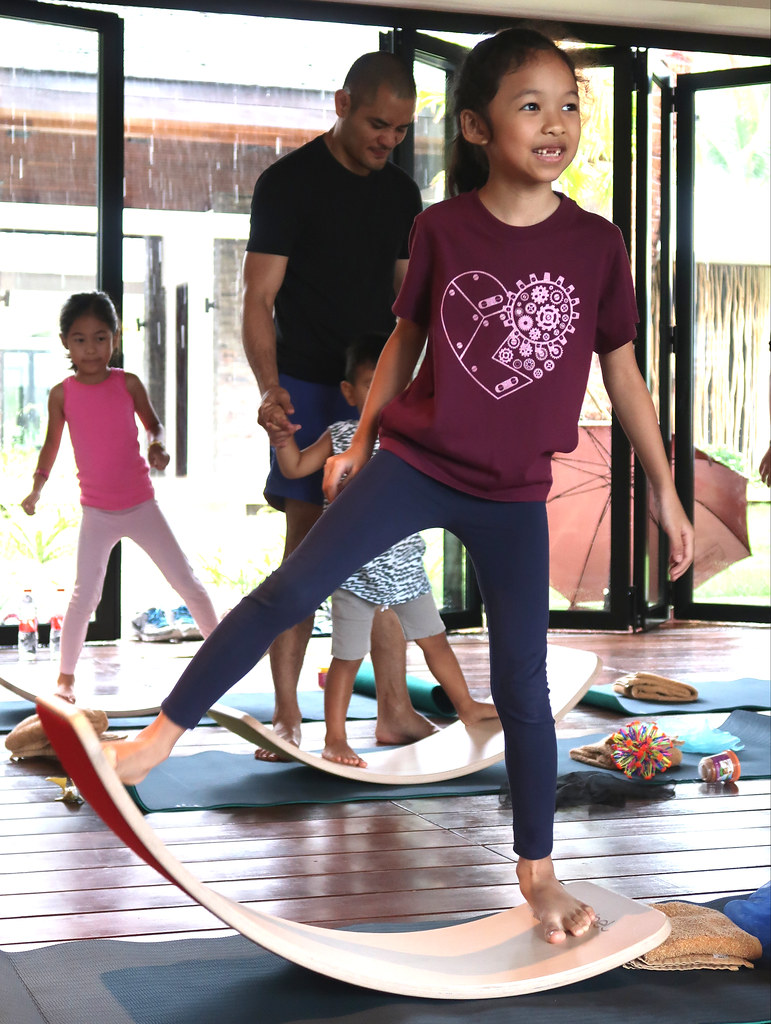 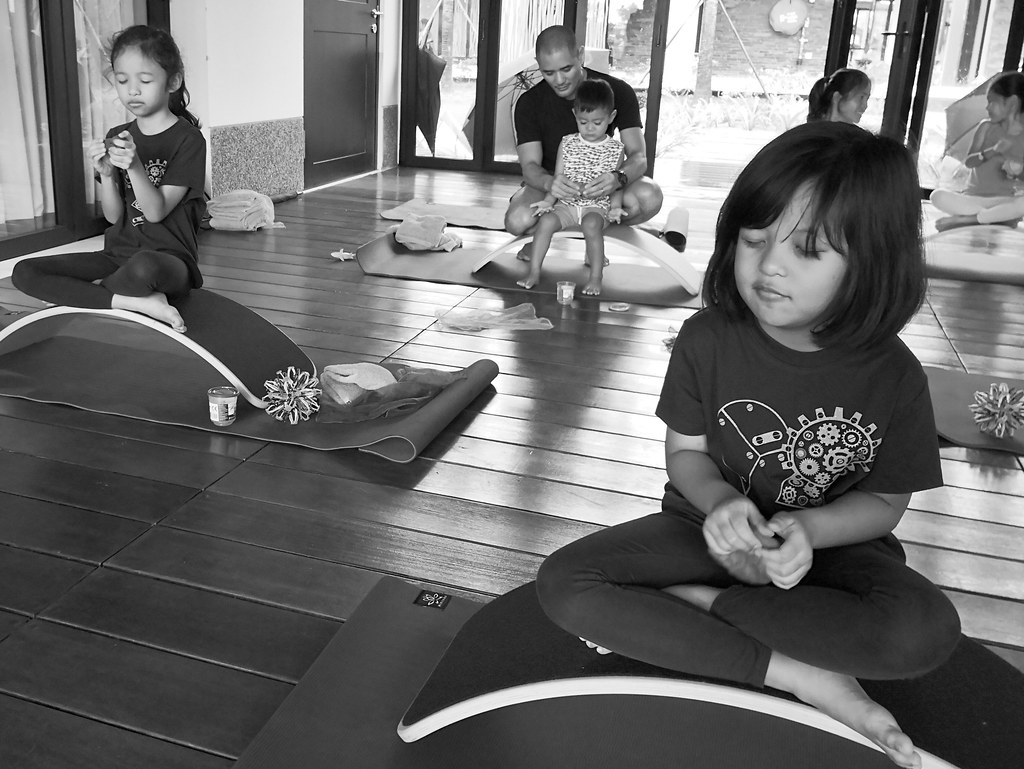 Here is a quick sneak at what the girls did at their first Wobbel Board Yoga session with Tiny Movements Co. during our stay at The Residence Bintan.

"It was super fun!" "I want to do it again..." that's what they told Mummy during breakfast after class. It was fun watching them wobbling on the board and doing the different Yoga poses. Although you can see they aren't very good at balancing on the board. The Board Yoga class sure looks more fun than the one Mummy did at her adult classes without the board. 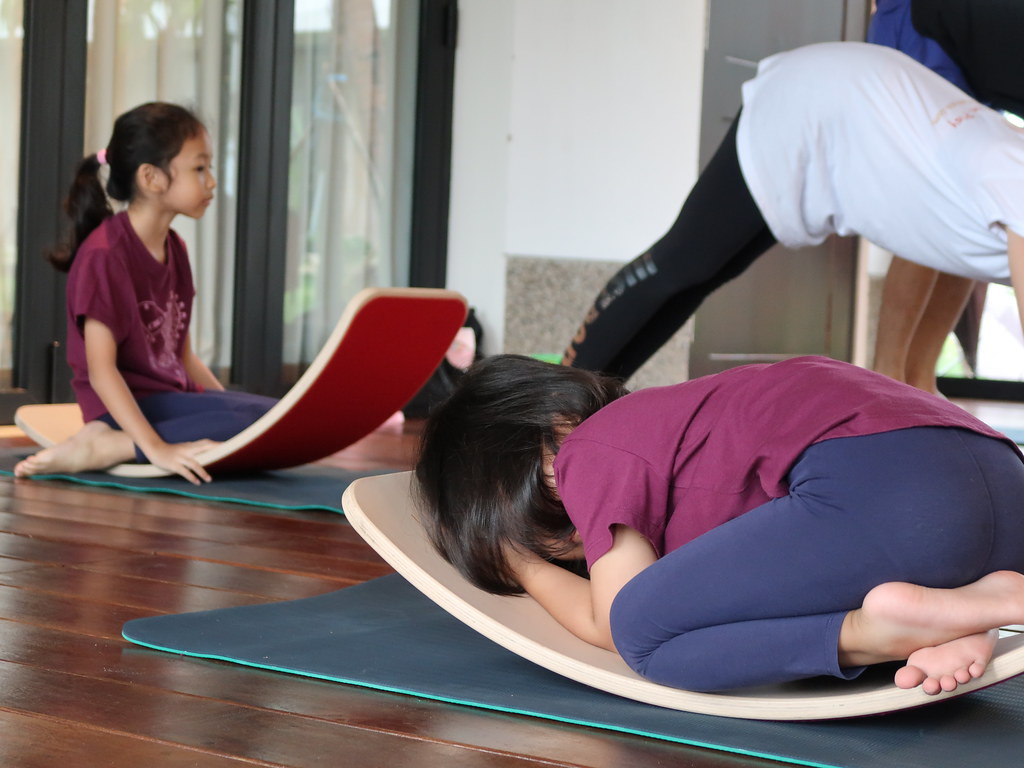 The class was so shiok the littlest one couldn't resists stealing some quick nap on the wobbel board. LOL!